The Alternate Universe: Mets at Cardinals 5-8-20 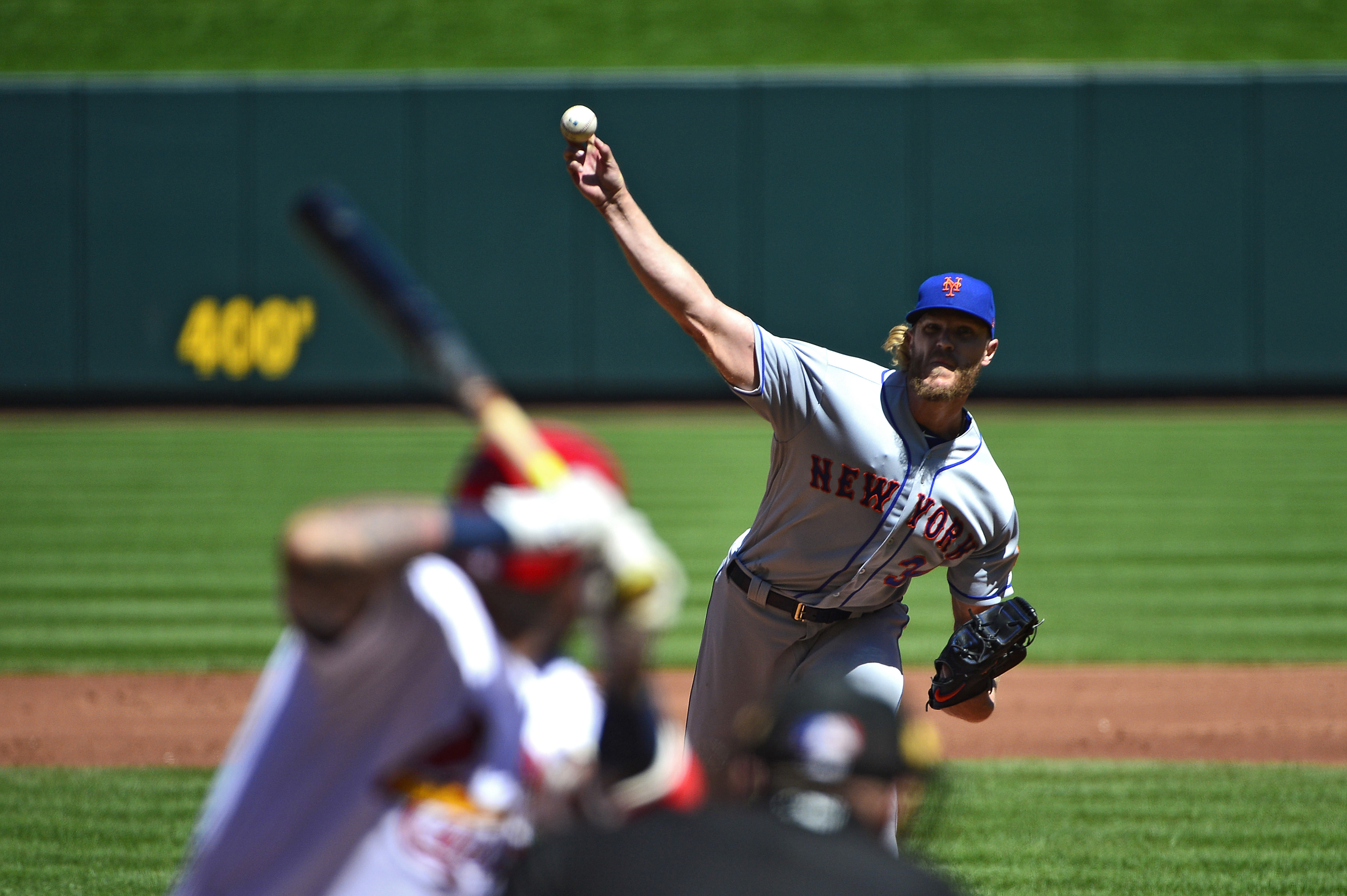 The Alternate Universe: Mets at Cardinals 5-8-20

It’s a simple game where every five days a chiseled Scandinavian hero puts a gun to his elbow and hopes the chamber is empty. An extra day of rest for Noah Syndergaard hopefully means an extra empty chamber in the gun. I don’t know how many made up guns have seven chambers, but you’re just going to have to suspend your disbelief on this one.

Syndergaard was okay. Slider was hit and miss. He missed on one to Paul Goldschmidt in the third inning which he parked in Big Mac Land to give St. Louis a 2-1 lead after J.D. Davis socked a homer in the top of the third off Miles Mikolas. Syndergaard would breeze through the 4th and 5th, but Goldschmidt led off the 6th with a hard double down the line, and that was followed up by walks to Yadier Molina and Dexter Fowler. With Syndergaard’s pitch count near 110, Luis Rojas pulled the trigger and brought in Robert Gsellman to deal with Tommy Edman batting with nobody out and the bases loaded.

Gsellman got Edman to hit a chopper back to the plate for the first out, but Tomas Nido’s throw to try to get the double play was just a hair late, which meant Harrison Bader got a crack with the bases loaded. Bader took advantage and lined one into left for a two run single to make it 4-1 and effectively end the game right then and there. Steven Matz then came in to pitch two innings to keep the Mets in the game, but Jeurys Familia ran into some trouble in the 8th, giving up an RBI single to Yadier Molina to give the Cardinals their 5-1 margin of victory.

Two things to consider here: Steven Matz must know he’s headed back to the starting rotation at some point. He’s pitching in a regular five day rotation, but in relief. Matz has every reason to lightly complain, but he hasn’t said word one about it. He must know that eventually he’s getting back in there, whether it be in place of an injured Syndergaard, or an ineffective Rick Porcello, whose start tomorrow will probably tell a lot of the story there.

Second, what happened to the Mets lineup? They were humming early, but have hit a rut in May. Every team goes through it, but is it something for Luis Rojas to worry about?

“Look, these hitters go through their ebbs and flows in a season and these guys, good as they are, are going to do it too. I’m not worried at all. They’re just too good.” -Luis Rojas

Meanwhile, Robinson Cano is staring a rehab stint in Binghamton tonight. I can’t believe I’m thinking this, but the way this lineup is going maybe Cano will provide a spark. We’ll soon see if the health and performance team will be calling into Luis’ office to change the lineup order in the meantime.