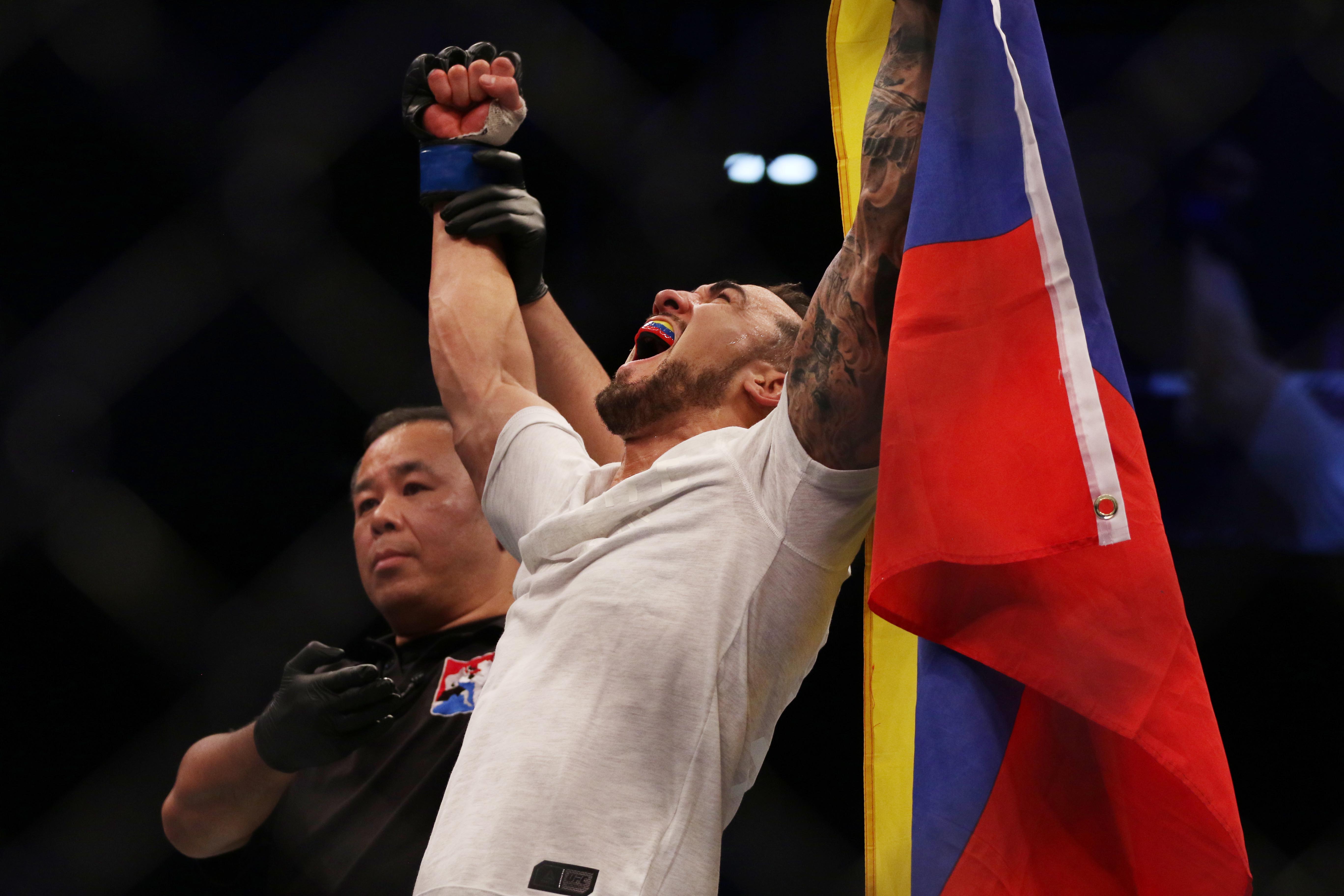 We are now officially back into the swing of things, and boy are we. This week we have two UFC cards coming to you from Jacksonville (which means you get a second Prelim Breakout Star later this week). Here’s the first name you really need to know.

Like a lot of Henri Hooft trained fighters, Morales has great kickboxing fundamentals. His ability to keep his front foot on the outside not only helps to keep his opponents gun shy, but also opens up his power counter shots. These intricacies help him get the most out of his lightweight frame and the results are clear – six TKO finishes in his nine bouts. Whether this will hold up against the best strikers in this division is a question as he climbs the ladder.

Venezuela isn’t exactly known for its MMA prowess. In fact, Morales is just one of two fighters on the roster from the South American country (bantamweight Veronica Macedo being the other). Additionally, he didn’t fight in the States until he was almost halfway though his nine fight career. His first three bouts were in his home country and the fourth bout was in Aruba. As a result, there has not really been much grassroots support behind him, although that can change with a win on the big stage.

Gabriel Benitez is a guy who has occasionally gotten sloppy on the feet. There is no knock on his ground game, which continues to show really impressive moments, but he needs to be able to get it there. With the aforementioned footwork of Morales, I believe Benitez is going to have trouble getting in and not getting tagged. Although he may be able to avoid the big shot for a bit, he isn’t going to win the fight on the feet against Morales, which could lead to him getting desperate for that takedown.