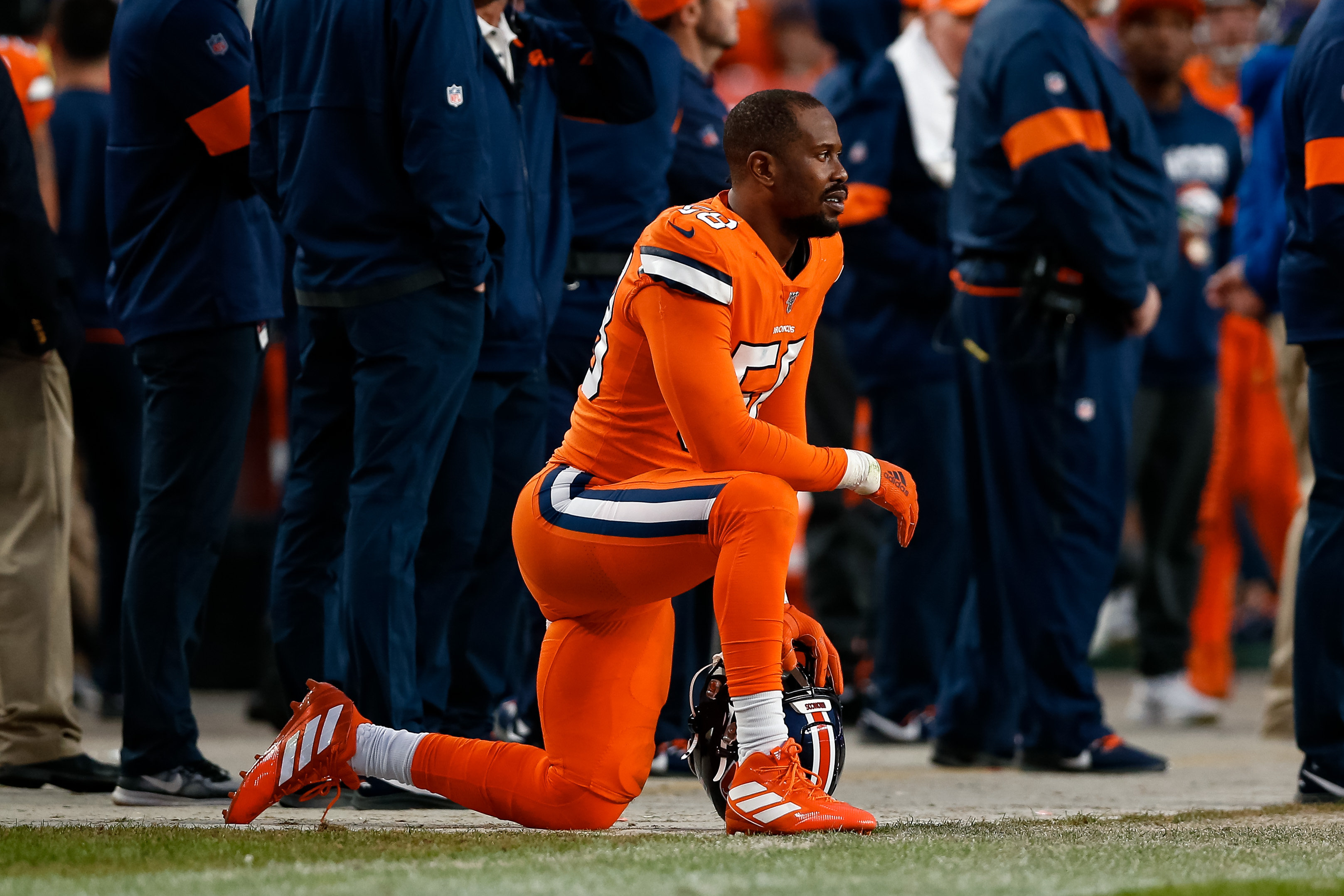 Broncos star pass-rusher Von Miller was one of the first NFL players to have contracted the coronavirus, and apparently, it was quite a difficult experience for him to have gone through.

The Super Bowl 50 MVP has wreaked havoc on opposing quarterbacks on the field, a number of times, but the virus was a different story. Miller tested positive for it last month, and while he’s healthy now, he still hasn’t forgotten how he felt while dealing with its brutal symptoms.

Miller’s charity, Von’s Vision, is currently working with nonprofit groups and food pantries in Colorado and Texas to provide meals to kids who have been impacted by the virus. As for him, he recently spoke with Kent Babb of The Washington Post about how difficult the ordeal was for him, saying that it was “frightening.”

“Not being able to breathe,” Miller began. “I got asthma, but it was past the asthma attack — like my lungs were constricting. My asthma nebulizer helped, but it still didn’t feel like it was supposed to. That was the most frightening part. Just going to sleep knowing that my oxygen level could drop and I could wake up and have to go to the hospital.

You can’t really taste. You can’t really smell. That in turn kind of messes with your appetite, so you’re not really eating like you’re supposed to. The first four, five days I was honestly nervous. I wouldn’t say that I thought I was going to die or anything like that, but it did cross my mind a little bit.”

We’re glad to hear that Miller is healthy now, and that those awful symptoms are behind him.