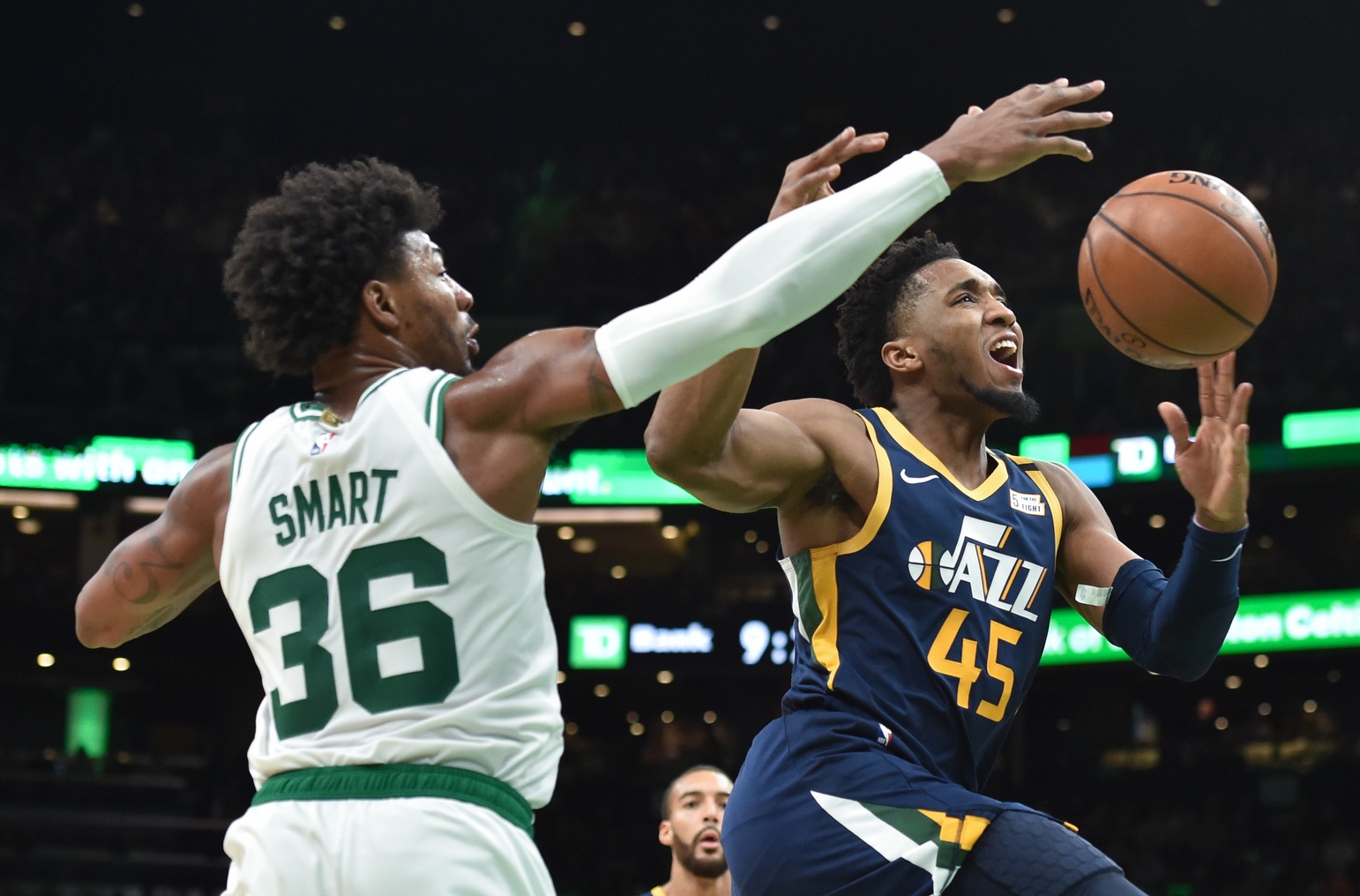 The most recent edition in this series covered Jaylen Brown’s season. Maybe I should have shown more respect by beginning with the Boston Celtics longest tenured player, Marcus Smart.

Although it was still outstanding, reasonable people can debate if Smart’s defensive play this year was better than last season’s performance. Regardless, the man who labeled himself a “stretch 6” will likely see some votes tallied for Defensive Player of the Year. Those highlights are sure to come but it could be worthwhile to break down his sometimes perplexing offensive game.

Stuck between filling in for injured starters and carrying the load for an offensively challenged second unit, Smart saw his shooting numbers return to status quo. In fact, with the exception of one area, they proved that his 2018-19 shooting stats might have been an anomaly. Let’s start with where Smart succeeded most.

Prior to this season, Smart never finished above the 50th percentile for pick and roll ball handling. This year, however, he is on pace to make a remarkable leap to the 91st percentile. Despite being tasked to do both during bench rotations, Smart prioritized scoring more than facilitating this season.

According to Cleaning the Glass, this is the first time in Smart’s career when he has not broken the 90th percentile for assist to usage ratio (currently 70th percentile). In other words, Marcus is simply giving out less dimes when compared to how often he has the ball. Fortunately, Smart found a way to maximize his new role.

Cleaning the Glass also points out that Smart made a significantly positive change in the amount of short range field goals (4-14 feet) he makes. Currently, he sits in the top quarter of all players for short range percentage at 44 percent. His floater has become top notch when operating out of the pick and roll. In a rotation that featured Brad Wanamaker, Javonte Green and Robert Williams, Smart displayed his scoring prowess with a patient floater going to his left.

Smart is also experiencing a career low in assist percentage, which supports the theory of his shifted role. Despite this, his talent is still evident. This behind the back pass to Daniel Theis off the pick and roll is just silly and gives credence to Smart possessing the best vision on the team.

Was Last Season A Shooting Outlier?

Probably. This is not to say Smart is a bad perimeter shooter, however. Considering his uptick in volume, he’s going to be remain a streaky shooter who hovers around league average for is career. When combined with elite vision and defensive skills, that is perfectly acceptable.

Look at the chart below. The very bottom row is the 2019-2020 season, the top row is his rookie year. Notice the year with the most orange shaded boxes? That was Smart’s best shooting year, 2018-19, and most likely a weird blip on his career shooting graph.

His effective field goal and at-rim shooting plummeted while his 3-point scoring took a slighter dip. The lone bright spot was his aforementioned increase in short midrange shots.

With a career high in field goal attempts and the directive to go score during second units, this doesn’t come as much of a surprise. Offensively, Smart is at is best when he is not the priority. He almost doubled the amount of time he spent as a point guard, which suggests he was a bit out of is comfort zone. Defensively, however, Smart is as comfortable as ever.

It sure seems like that’s coming, right? Smart is quicker than ever before at sniffing out plays. He may be gambling more than usual but his defensive awareness could be at an all time high. His rotation on the play below happened so early that he had time to switch out of charge position to create a turnover.

Not many 6-foot-4 guards can blow up arguably the best screener in the league before snuffing out an end-of-half shot attempt.

Similar to a goalkeeper on a soccer field, Smart calls out defensive plays. In this instance, he tells Enes Kanter not to drop back as far as he usually does on screens. Smart has the backdoor lob covered and comes away with the steal.

Statistically, Smart’s defensive numbers are literally top of the charts. When he is on the court as the team’s point guard, the Celtics are in the 98th percentile for points allowed per 100 possessions and 99th percentile for opponents effective field goal percentage. It is no stretch to claim Marcus as the NBA’s most valuable guard defender.

Where Do We Go From Here?

This year saw another version of the Hospital Cs. Smart routinely filled in for everyone from Gordon Hayward to Kemba Walker. Whether it was replacing a starter or leading the bench unit, Smart was given unprecedented scoring responsibility.

Simply put, it may have been too much for him. Smart took more pull up jumpers than ever before this year; a form of offense that is suboptimal considering the other scoring talent on the roster. Consequently, he attacked the rim less frequently than ever before.

If the league returns from suspension this season, then the Celtics should be totally healthy. Or, with Kemba’s knee in consideration, close to it. Regardless, Smart will likely still be challenged with scoring off of the bench. Perhaps next year the Celtics either develop internal talent or bring in some second unit help to return Marcus to what he does best.