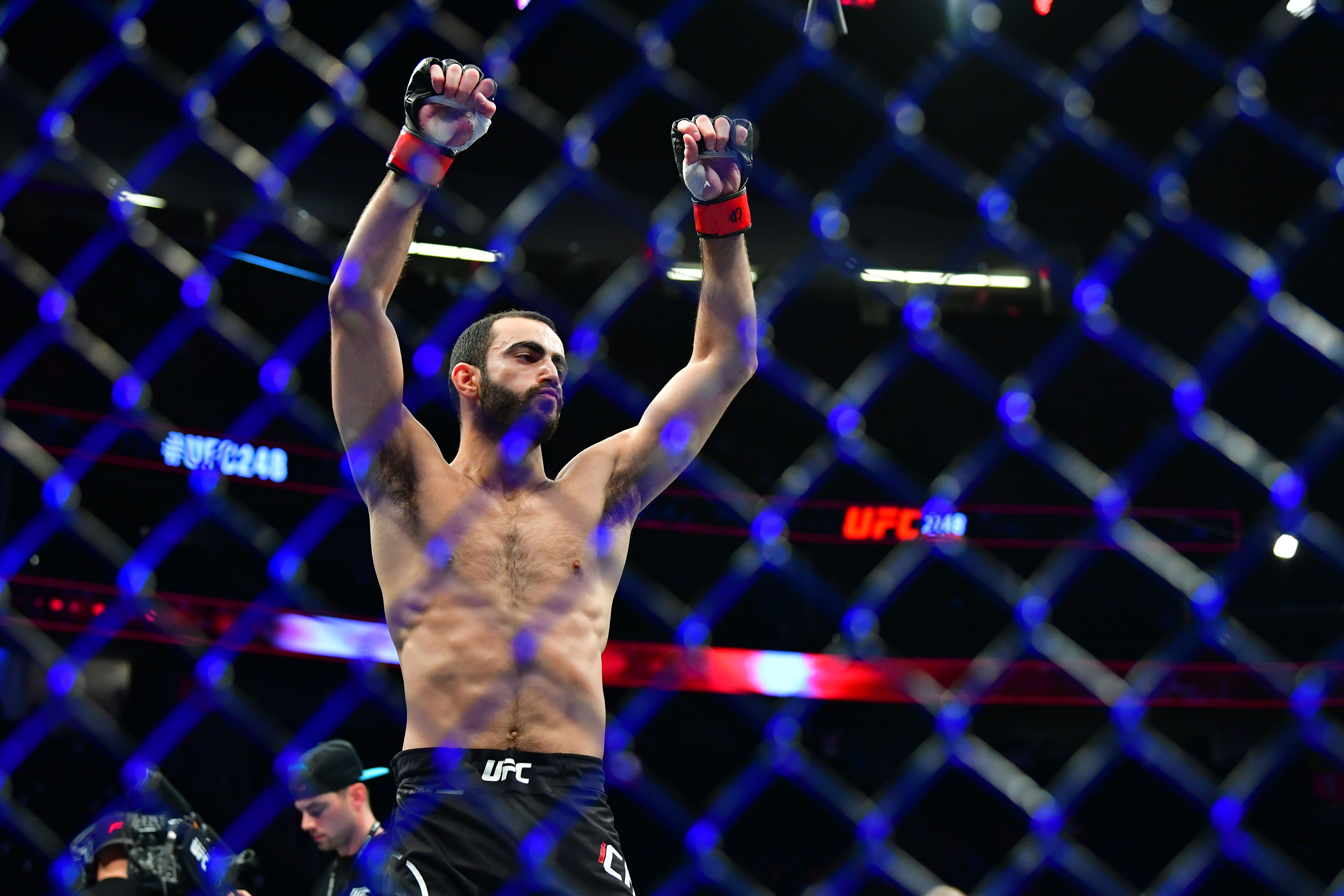 And we’re back again. Who doesn’t love a two fight card week? We do and we hope you’re enjoying all of this additional prelim coverage.

As a former Glory kickboxer, it’s clear that Chikadze is going to have an advantage on the feet against just about anybody in the division. That kickboxing really bailed him out in his first two fights. In those fights, he was taken down nearly once a round on average. Despite that, he still managed to take both fights on the judges scorecards. Given what we know about how takedowns can skew the minds of the judges, you know the kind of work he must have done.

Back-to-back split decisions is hardly a way to set the world on fire as you enter the UFC. However, it should be noted that he dealt with some delays on those fights and some changed opponents. Despite a changed gameplan, Chikadze came out on top of both using the aforementioned kickboxing skills, highlighted particularly by his defensive movement.

Mike Davis is a guy who likes to strike. This is, of course, a welcomed change for Chikadze who faced a BJJ brown and black belt in his first two fights. While Chikadze doesn’t expect Davis to want to strike with him all that long, not having to fend off really impressive jiu jitsu or a guy who naturally loves to wrestle should top the scale even further in his favor.