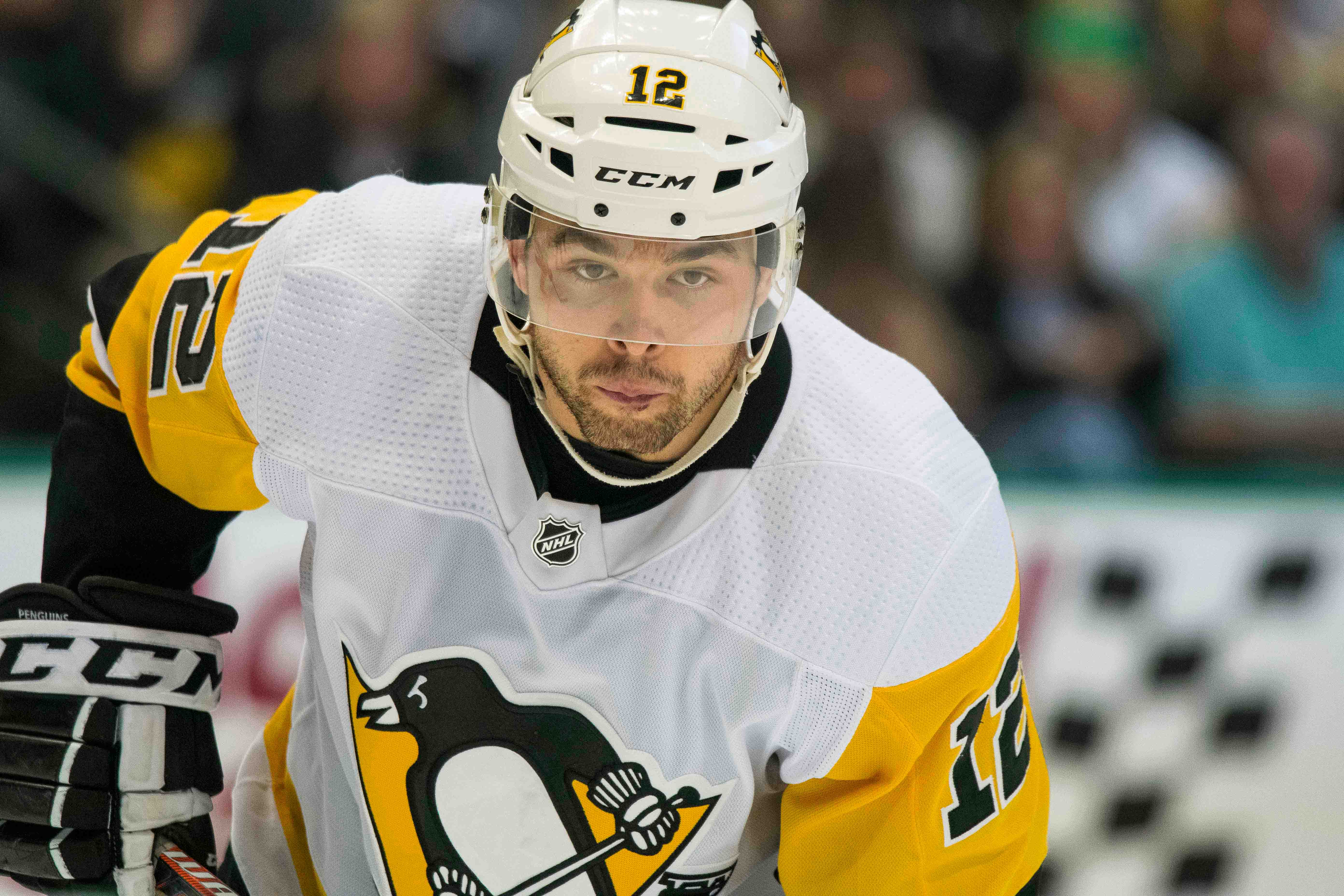 According to Matt Teague of The Score on Thursday, Pittsburgh Penguins forward Dominik Simon of Prague, Czech Republic will miss at least the remainder of the 2019-20 National Hockey League season because of shoulder surgery. Whether or not he returns to the Penguins for the beginning of the 2020-21 season is anyone’s guess. Right now, the season may not start until December because of coronavirus. That just might help Simon, who is expected to miss in the timeframe of six to seven months.

Simon suffered the injury in a 5-0 Penguins loss to the San Jose Sharks on February 29. According to the Canadian Press, Simon tore his labrum, and then had successful shoulder surgery on April 29.

For the first time in his NHL career, Simon had a three-point game this season. On October 29, 2019, he had one goal and two assists in a 7-1 Penguins clobbering over the Philadelphia Flyers. Simon was one of three Penguins players that night to have one goal and two assists and to lead the Penguins in scoring. He was joined by captain Sidney Crosby of Cole Harbour, Nova Scotia, and fellow Czech Republic native Dominik Kahun of Plana.

Not known for his offense, Simon was regularly seen on the Penguins’ checking lines in 2019-20 as a left winger, even though he is recognized as a center in most NHL statistical websites. It should be noted that although Simon was a minus-player at the time of the coronavirus pause, he did have 10 more takeaways than giveaways this season. This shows Simon was making improvements in his role as a defensive forward.

The Penguins are currently at 40 wins, 23 losses, and six losses in extra time for 86 points. They lead the New York Islanders by six points for a playoff spot.