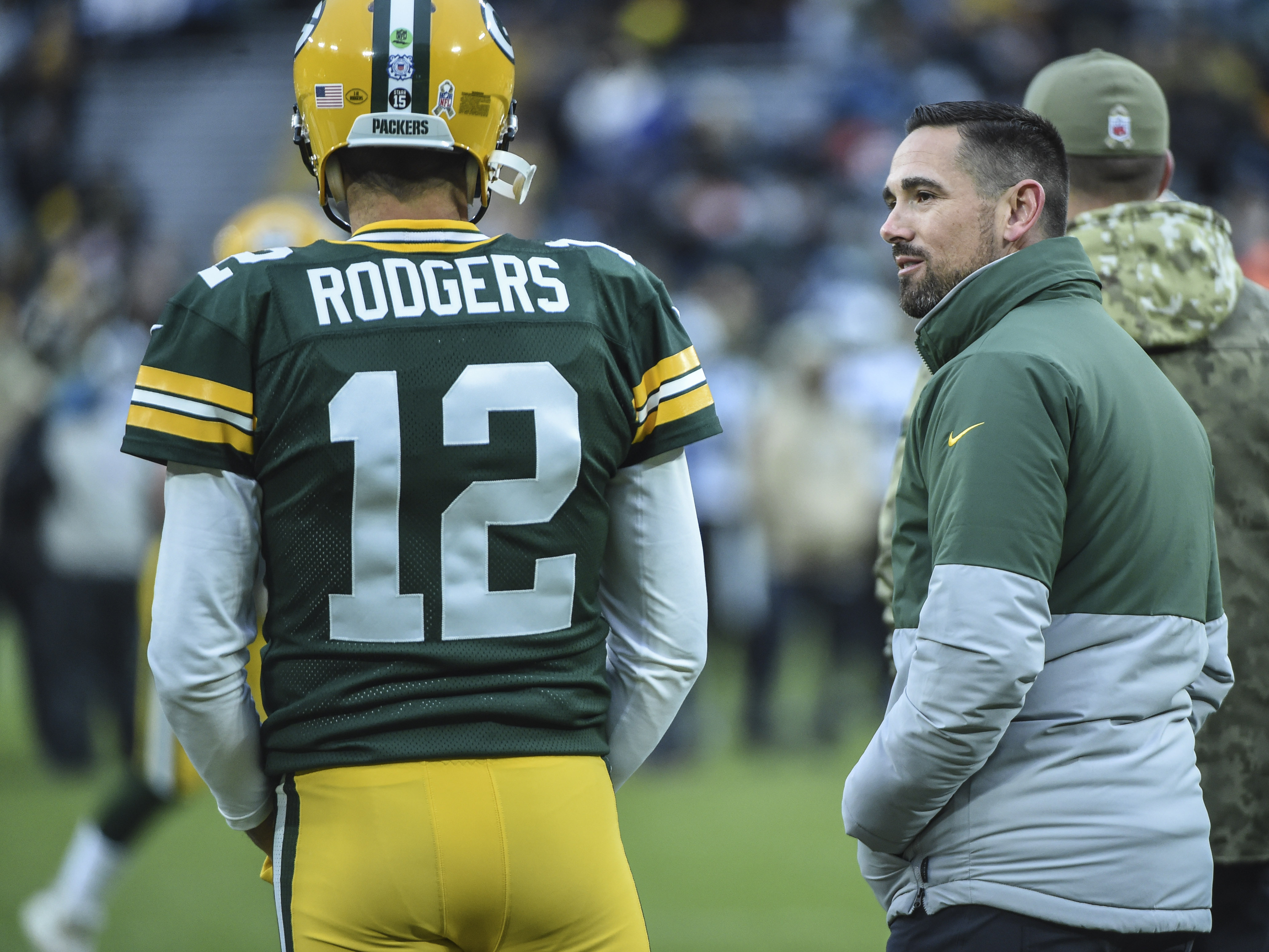 The Green Bay Packers 2020 draft class shows that the team is ready to install more of Matt LaFleur’s style of offense in the coming season. Look for more two tight end formations, more play action passes off the run game and more plays designed to scheme receivers open whether they be wide receivers, tight ends, running backs or H-backs.

Last year, people were questioning how Packers quarterback Aaron Rodgers would handle the adjustment to LaFleur’s offense and the answer was that he did a good job overall. While it was not one of the best seasons in Rodgers’ career, he threw only two interceptions and earned his eighth trip to the Pro Bowl while leading the Packers to a 13-3 season and a berth in the NFC Championship Game.

Now the Packers are hoping Rodgers takes another step forward in his second year in the LaFleur offense. Here are the top five reasons he should be able to do that:

1. Other Quarterbacks Have Done It

Other quarterbacks playing in this system have made significant jumps in their second season, especially Matt Ryan of the Falcons. LaFleur and Kyle Shanahan’s first year with the Falcons was 2015. Ryan, then 30, had a quarterback rating of 89.0 after tossing 21 touchdowns and 16 interceptions and averaging 7.5 yards per attempt.

In year two of the system, Ryan had a career-year, throwing 38 touchdowns and just seven interceptions. He led the league with a 117.1 quarterback rating and 9.3 yards per attempt while winning the league MVP. The Falcons went to the Super Bowl that year before blowing a big lead and losing to the Patriots.

While Ryan’s jump was extraordinary, even if Rodgers improves by a fraction of that amount, he would still be among the elite quarterbacks in this league.

2. Rodgers Made a Jump His Second Season in McCarthy’s System

The second season Rodgers was a starter under Mike McCarthy back in 2009 saw him make a big statistical jump as well. As the Cal alum got more comfortable with the Packers offense and being the starter, his numbers improved significantly.

If he makes a similar jump of nearly 10 points this season, Rodgers’ quarterback rating would be better than 104, his best season since 2016.

3. Rodgers Is a Competitor

One of the things we all know about Aaron Rodgers is he is an extremely competitive person. He always wants to win whether it’s a friendly game of cards, playing celebrity Jeopardy or on the football field.

Rodgers is out there to win and to be the best quarterback he can be. He doesn’t give up he doesn’t let up and he never forgets a perceived slight.

Rodgers’ competitive nature will keep him hungry for another title regardless of the challenges presented to him. His increased comfort in the new offense will only help make things easier for him in year two.

The addition of Jordan Love in the first round of this year’s NFL Draft will only increase Rodgers’ competitive spirit and give him another reason to prove to everybody that his time as Packers quarterback is not up.

4. The Rest of the Players Will Also Be More Familiar with the System

The Packers will be returning most of their offensive starters from 2019 and all these players are already familiar with LaFleur’s offense and what they are expected to do in it.

The only three full-time starters who are not returning this season are right tackle Bryan Bulaga, tight end Jimmy Graham and fullback Danny Vitale. The other eight starters will be on the roster fighting to retain their jobs in 2020. There are several newcomers to the offense, but nearly all the players in the lineup will also be more comfortable with the system and it will become second nature for them.

5. Matt LaFleur Will Be More Comfortable as a Head Coach and Play Caller

Successful human beings learn and adapt as they do new things. Matt LaFleur should be no exception. Last season was his first as an NFL head coach and while he enjoyed success with a 13-3 record, he had things he had to learn on the job and situations that he had never encountered before.

This year, LaFleur should be more comfortable in his role as Packers head coach.

The 2020 season will also only be his third year calling plays for an NFL offense. He first called plays for the Tennessee Titans in 2018 before continuing those duties with the Packers last season.

LaFleur will also be more comfortable in his relationship with Rodgers, which was strong in 2019, should continue to flourish and improve in 2020.

All these factors combined point to a better 2020 for Aaron Rodgers and the Packers offense.