Your Morning Dump… Where the Celtics are inching closer to returning 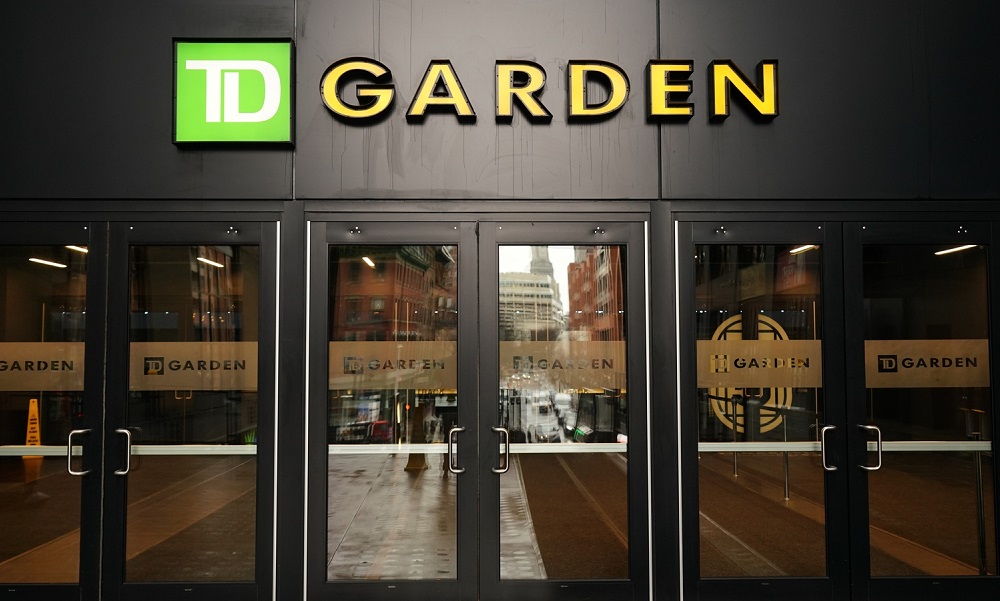 Your Morning Dump… Where the Celtics are inching closer to returning

As of this morning, May 16, there are more than 4.5 million cases of COVID-19 worldwide, and 307,000 deaths. In that light, the status of the NBA season ranks extremely low on our scale of concerns. However, we need the diversion of Celtics basketball, so here’s the latest news as seen through the pandemic prism.

That willingness, though, rests upon non-negotiable conditions: no fans in the stands, and the City of Boston must sign off on advanced health and safety protocols that protect not only the athletes but everyone else reporting to the workplace.

“Yes, as long as the players and the teams and the support staff and all the people that are associated with it are safe and feel comfortable,” said Walsh during a Friday morning telephone interview.

It’s been said that the best seat in the house for watching sports is literally that – in your own house. That’s good, because when sports return in some shape or form, we will only be able to watch on a video screen, not in person.

But even if it’s without fans, the headline here is that the Boston mayor is willing to green-light the use of the city’s venues for games. We don’t actually know if leagues will try to go that way; most of the NBA discussion so far has been to gather all teams in one isolated location and play without the need for travel. Time will tell on that decision, but the Celtics now at least have some flexibility.

Perhaps more important at the moment is any decision on allowing players and coaches to resume working out at the Celtics’ practice facility. Danny and Brad are eager to get started.

“Massachusetts has been one of the slowest in opening things up, so our next phase is we’ll open up our facility,” Ainge, the Celtics’ president of basketball operations, told ESPN in a podcast interview released Thursday evening.

Celtics coach Brad Stevens also told NBC Sports Boston on Thursday that the team is “targeting” Monday, May 18, for reopening facilities, but added that it is “certainly subject” to what the Baker administration says.

“Not all of our players here in Boston are in this area,” Stevens said. “They’re all over the country and so we’ll hopefully be able to open up and let them in one at a time, or four-at-a-time with one staffer assigned to each [as NBA rules permit].”

Boston.com: Danny Ainge is hoping to reopen the Celtics practice facility next week

Although the practice facility is located in Brighton, a neighborhood within the Boston city limits, the call on re-opening rests not with the mayor but with Massachusetts Governor Charlie Baker. He is expected to provide rules for business re-openings by this Monday.

Since the Celtics don’t have to accommodate “customers” at their practice site, and since the building has enough courts to enable social distancing for small groups of players, it seems like there’s no reason the Cs would not get the go-ahead. Also, they are the Boston Friggin’ Celtics, a local institution with a fair amount of clout.

As to when/if the season will actually be concluded, Woj offered his take on why we should be confident: because the NBA has the best relationship between commissioner and players in all of pro sports.

In a league of wildly rich, successful, powerful and, yes, egomaniacal characters, no one has tried to usurp Silver’s voice in this coronavirus crisis. These billionaires and global icons left the shutdown to the commissioner, and together they’re leaving the resumption and reshaping of a different NBA to him too.

“Don’t underestimate your power to set the public perception,” one owner told Silver on the board of governors call this week.

Because the league office was warning and preparing owners and teams weeks before The White House, Silver earned an extra level of credibility on these issues of the virus. Silver doesn’t underestimate the power of something else to set public perception of his league — his superstars. His relationships and trust with star players, including NBPA president Chris Paul, have been the greatest factors in the league’s labor tranquility since Silver ascended to replace David Stern.

A couple of weeks ago, I didn’t have much hope for the rest of the season to be played. Now, the door seems to be open just a crack. The conditions of the pandemic change rapidly, from day to day. By this time next week, the door might be wide open … or slammed shut. We can only wait and see.

Related – MassLive: Boston Mayor Marty Walsh willing to reopen Fenway Park, TD Garden amid coronavirus, but ‘there will be no fans’ this summer (report)  |  Boston.com: When are pro sports coming back? How close major cities are preparing to reopen for play

On Page 2: Read at your own risk

For all the triumphs the Celtics have seen over the past 20 years, there has been tragedy, pain and a heavy dose of narcissism. The franchise saw legends Red Auerbach, John Havlicek and Frank Ramsey pass away and mourned the loss of family members young and old. Nearly all of the team’s foundational stars suffered injuries that changed the course of their careers. There were epic rants and deafening silences. Plus the 2018-19 season was just insane.

The Athletic: The 10 worst Celtics moments of the past 20 years

This is where we are now. Without real basketball, all we can do is live in the past, recalling classic games, watching 10-part documentaries, making pointless lists of the supposed top 10 or 20 or 74 players in  NBA history.

And now we’re down to remembering the worst of times. To gauge how bad these moments were, Gordon Hayward’s grotesque ankle fracture ranked only no. 5!

To be fair, The Athletic also recently published the Celtics’ 10 best moments of the past 20 years. Just a suggestion: go for that one.

Answer these #Celtics/#NBA related questions for our next episode of @Celtics At Home (Watch Ep. 1 here: https://t.co/kd7osgid1Q)

In case you missed it, do Max Lederman a favor and complete this wacky Celtics opinion poll today. You’ll have the chance to name your pet after a current Celtic, choose any current or former player to be your next-door neighbor, and much more.