Could Henrik Borgstrom Be a Jesse Puljujarvi Trade Target? 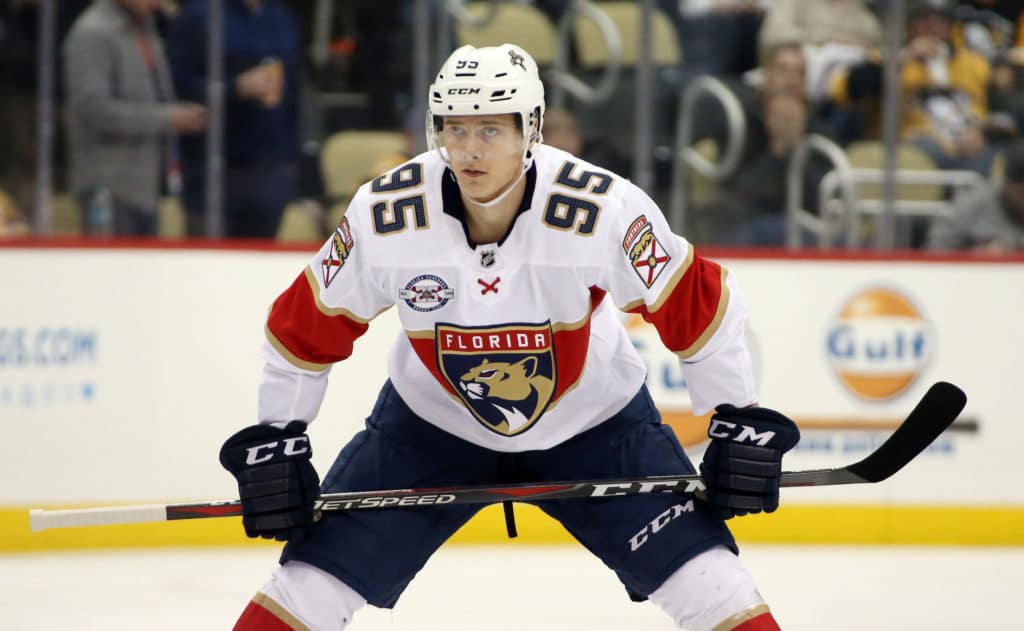 Could Henrik Borgstrom Be a Jesse Puljujarvi Trade Target?

The Jesse Puljujarvi situation did not resolve itself during the 2019-20 season. Puljujarvi, of course, requested a trade from the Oilers late in the 2018-19 season and never returned to Edmonton after a hip injury.

Puljujarvi, an RFA, instead elected to sign with Karpat of the SM-liiga. Karpat, of course, was the team Puljujarvi played for in 2014-15 and 2015-16 before being selected by the Oilers 4th overall in the 2016 NHL Entry Draft.

In 56 games for the Finnish outfit, Puljujarvi collected 53 points (24-29-53). That was good for most on his team and tied for fourth overall in the entire league. Regardless of where you stand on the player, Puljujarvi had a strong season in Europe and proved that he can still play. He was an impact player there at just 22. There is a player here.

Oilers General Manager Ken Holland did not create the Puljujarvi problem. He will have to clean it up, however. Holland has attempted to get Puljujarvi to re-sign with the club, and I suspect he hasn’t totally given up on that possibility.

That being said, a trade out of Edmonton is still the most likely scenario here. Oilers insider, and host of 630 CHED’s ‘Oilers Now’, Bob Stauffer floated an interesting idea on May 14th in the following tweet.

Lots of ideas for a return on Jesse Puljujarvi out there.
Might need to target another prospect that could use a fresh start.
I have a lot of time for Henrik Borgstrom.
Not sure why he stagnated with FLA this season.
IMO he should for sure be at least a 3rd line C.

Borgstrom, another Finnish forward drafted in the first round of the 2016 NHL Entry Draft, is an interesting potential return. Borgstrom, also represented by agent Markus Lehto, has recently been linked to a return to Europe. Like Puljujarvi, his North American career just hasn’t gone as hoped.

Borgstrom played in just four NHL games this past season, failing to register a point and coming away with a -2 rating. His Corsi For of 49% was -6.5 relative to his teammates. No matter what way you slice it, Borgstrom did not play well in his cup of coffee.

Borgstrom was sent back to the AHL and played for the Panthers now former affiliate, the Springfield Thunderbirds. There, Borgstrom played in 49 games and finished with 23 points (11-12-23).

The numbers don’t pop off the page, but Borgstrom was quite impressive in Springfield. “If he started the year down here, he would have been an AHL All-Star,” a source involved with the Thunderbirds told me.

Borgstrom, unlike many top prospects who get sent back to the AHL, did not have a bad attitude when assigned back to Springfield. In fact, the source told me that he was “himself” and had a “good attitude” when he was assigned to the affiliate.

Borgstrom’s play is not what you would expect. He’s a taller player at 6’3″, but he’s rather lanky at 199 pounds. That’s deceptive, because Borgstrom is a physical player. He was described as a player who both isn’t afraid to use his body and knows how to do it. He’s willing to battle along the boards and comes out victorious in those battles more often than not.

His skating is described as average to above-average, and is good enough to succeed in the NHL. In addition to being physical and fast enough to play in the NHL, Borgstrom possesses some strong offensive tools.

When it comes to his NHL future, Borgstrom is likely best suited as a third liner. Listed as a center, Borgstrom is more of a winger. His versatility allowed him to play both positions in Springfield, but he saw more time on the wing.

Special teams wise, Borgstrom played a key role for the Thunderbirds powerplay. He rarely played on the penalty kill. That was an area of frustration for the Panthers. They were hoping he would be more of a penalty killer as well.

So, with all that good coming out of Springfield, why would Borgstrom bolt for Europe? Why has he stagnated with the Panthers? There are a few theories.

One of them is that he was rushed by the Panthers. Florida has taken a steady and patient approach with Tippett, their top prospect, but have tried to fit Borgstrom into their NHL plans each of the last three seasons. Expectations were raised after a spectacular 2017-18 season at NCAA Denver, when Borgstrom posted 52 points (23-29-52) in 40 games. He hasn’t lived up to that hype yet.

The Panthers appear to have grown frustrated with Borgstrom’s development, while Borgstrom has yet to get the break he has hoped for. It appears time for a second opinion for the player. Very similiar to Puljujarvi’s line of thinking.

Is it possible that a ‘change of scenery trade’ takes place here? Absolutely. Both teams are going to want a return on their investment from four summers ago.

Which player in the better bet? That remains to be seen.