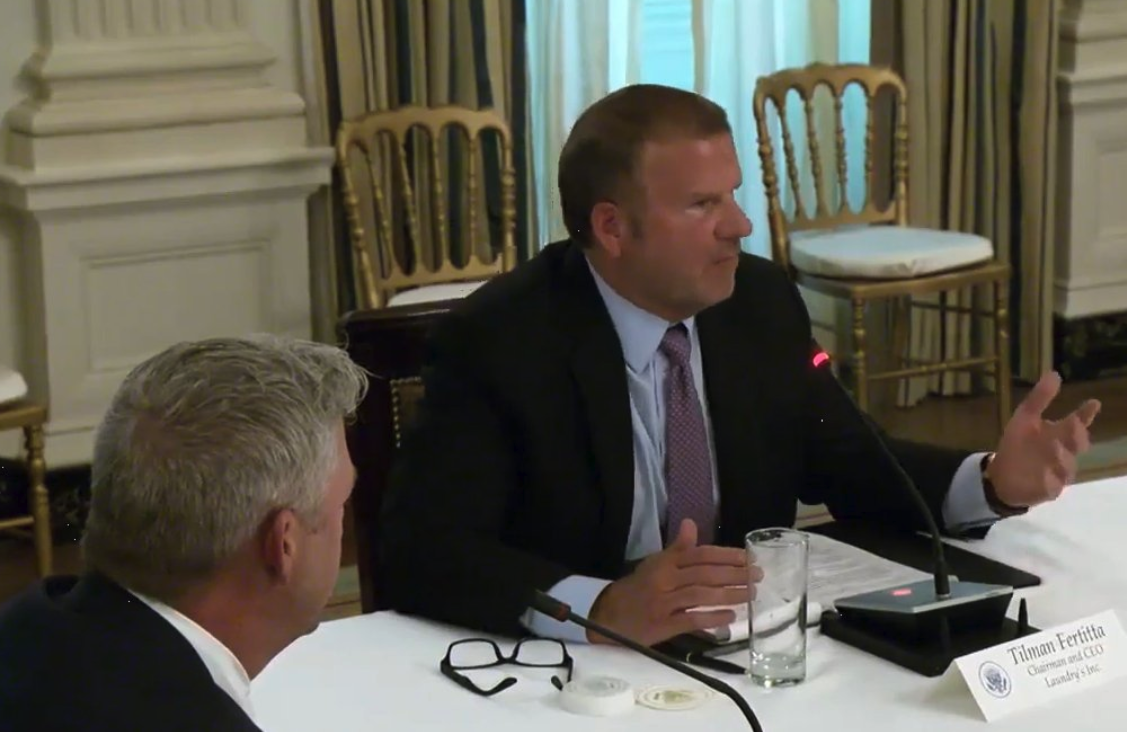 It appears more likely with each passing week that the 2019-20 NBA season will resume at some point, and Rockets owner Tilman Fertitta appears to be confident it’ll happen.

The NBA watched Germany’s Bundesliga play matches this past weekend, which appeared to happen without any hitches. Not only that, the ratings were tremendous as well, further adding to the appeal for the league.

It was so successful that Fertitta and the NBA’s owners apparently drew strength from it. The Rockets owner met with President Donald Trump at the White House on Monday, and he informed POTUS that the NBA season will be played out in some fashion, and will finish with the playoffs.

“I think that we would play some games just to get it going again and create interest and then go right into the playoffs,” Fertitta said, according to a report from Bloomberg’s Justin Sink.

Full bit of this:

Trump: Yeah, [Morey] did cause you a little ruckus. Whatever happened to him by the way? Is he still working for you?…He must be pretty good.

Fertitta: It's a trick question, but he is. pic.twitter.com/Pudoao1Lcb

More on whether the NBA season will finish from Fertitta/Trump: pic.twitter.com/SB3jf27mr1

That’s great news for NBA fans that have been pining for action.