Analyzing the Greatest Packers Ever to Wear Numbers 66-70 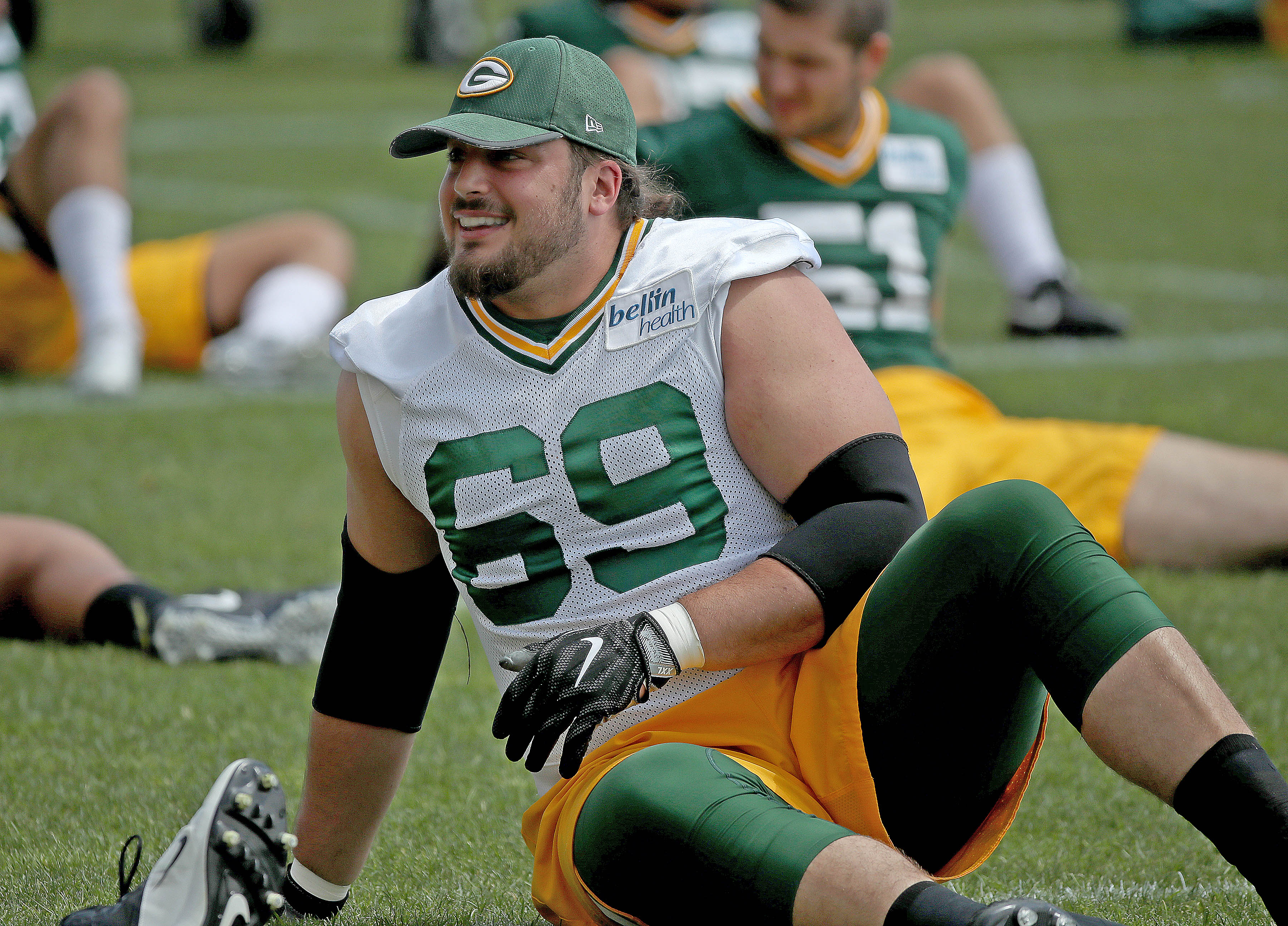 Analyzing the Greatest Packers Ever to Wear Numbers 66-70

Ray Nitschke was a tough middle linebacker who personified the grit of the Green Bay defense during the Lombardi Era. The former University of Illinois star was selected in the third round of the 1958 NFL Draft. By 1961, Nitschke became a starter, a position he held for a decade.

Nitschke played on five championship teams with the Packers including the teams that won the first two Super Bowls. He was named the MVP of the 1962 NFL Championship Game which saw the Packers defeat the New York Giants on a bitterly cold day at Yankee Stadium, 16-7. He had two fumble recoveries in that game and tipped a pass that was intercepted by a teammate.

In Super Bowl II, Nitschke delivered a hard hit on Oakland’s Hewritt Dixon on the first play from scrimmage that set the tone for the Green Bay defense.

Nitschke was one of the game’s hardest hitters and toughest players, but off the field, he was a true gentleman and always involved in numerous charities.

He was voted an All Pro after the 1964 and 1966 seasons and went to the Pro Bowl in 1964. He finished his career with 25 interceptions, tops among linebackers in Packers franchise history.

Nitschke spent 15 years with the Packers and retired after their division-winning season in 1972. The Packers retired Nitschke’s number 66 in 1983. He was inducted into the Packers Hall of Fame in 1978 and the Pro Football Hall of Fame that same year.

Nitschke was a mainstay at the Pro Football Hall of Fame induction ceremonies. He spoke to the new inductees and passed along the importance and honor of being a member of that fraternity.

Nitschke died of a heart attack at the age of 61 in 1998. He left behind a championship legacy both on and off the field.

The Packers selected Karl Swanke in the sixth round of the 1980 NFL Draft. The former Boston College star spent seven seasons in the NFL, all with the Packers.

Swanke was a versatile offensive lineman who could play anywhere on the line, at tackle, guard or center. Swanke became a starter at left tackle in 1982, the year the Packers qualified for the playoffs. He also caught a touchdown pass against the Atlanta Falcons in 1981, a two-yard toss from Lynn Dickey that resulted in his only career points.

Swanke remained with the Packers until the end of the 1986 season. He played center for the team in his final campaign. Swanke played for both Bart Starr and Forrest Gregg during his tenure in Green Bay.

Other prominent Packers to wear 67 include offensive lineman Malcom Snider (1972-74) who was a key part of the Packers offensive line during their 1972 playoff season. Snider came over from the Atlanta Falcons via trade and started all 14 games for the Packers that year.

Gale Gillingham is one of the most overlooked players in Packers history and deserves serious consideration for the Pro Football Hall of Fame.

The Packers selected the Wisconsin native in the first round of the 1966 NFL Draft and he split time with Fuzzy Thurston as a rookie. Gillingham played on the Packers first two Super Bowl teams in his first two years in the league.

Unfortunately for the former University of Minnesota star, the Packers were not a good team for the remainder of his career. Gillingham made the Pro Bowl five times and was voted All Pro twice despite playing for mediocre teams.

In 1972, Packers head coach Dan Devine made the absurd decision to switch Gillingham from offensive guard to defensive tackle. He decided to do that just before the start of the regular season. Unfortunately, Gillingham was injured in the Packers second game of the season and missed the rest of the campaign.

He returned to the lineup in 1973 and was back at guard where he made the Pro Bowl in each of the next two seasons.

Hall of Famer Forrest Gregg called Gillingham the finest guard in the NFL which was more impressive considering he played alongside Hall of Famer Jerry Kramer and Packers great Fuzzy Thurston for years.

Dave “Hawg” Hanner called Gillingham “the best lineman Green Bay ever had,” and Hanner spent 44 years with the club as a player and coach.

Gillingham was strong and smart and played the game with integrity. He decided to retire after the 1974 season because the constant losing got to him. He returned to the Pack in 1976 for one final season before hanging up his cleats for good.

Other prominent Packers to wear 68 include offensive lineman Mike Wahle (1998-2004) and the tough Greg Koch (1977-85) who played tackle for the Packers in the late 70s and early 80s and was the anchor of the offensive line during that time. 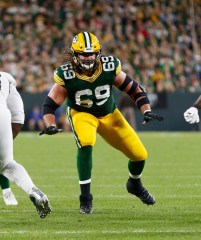 The Packers got a steal when they selected David Bakhtiari in the fourth round of the 2013 NFL Draft. The former University of Colorado star became an immediate starter at left tackle and quickly developed into one of the game’s best pass blockers.

Bakhtiari has done an excellent job of protecting Aaron Rodgers’ blindside and is an underrated run blocker as well. He also is one of the most entertaining personalities on the current Packers team.

Bakhtiari has been selected to two Pro Bowls and was named All-Pro after the 2018 season. He uses his strength to anchor and his quick feet to mirror the moves of the top edge rushers in the game.

In 2015, Bakhtiari was one of several Packers to appear in the film “Pitch Perfect 2.”

He remains active with the team and will be the Packers starting left guard again in 2020.

Other prominent Packers to wear 69 include linebacker Bill Forester (1953-59) who was inducted into the Packers Hall of Fame in 1974 and guard Leotis Harris (1978-83) who started on the offensive line during the Bart Starr Era. 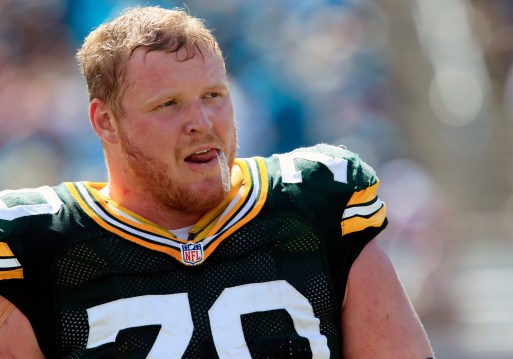 The Packers selected T.J. Lang in the fourth round of the 2009 NFL Draft, yet another quality lineman the team selected in the middle-to-late rounds.

Lang was a key backup on the Packers 2010 Super Bowl team and established himself as a starter at guard by 2011.

Lang was a consistent player who used his strength to his advantage. He did an excellent job of protecting Aaron Rodgers and was an aggressive run blocker as well.

Injuries forced Lang to retire after the 2018 season. The Ferndale, Michigan, native was one of the Packers best linemen during the 2010s.