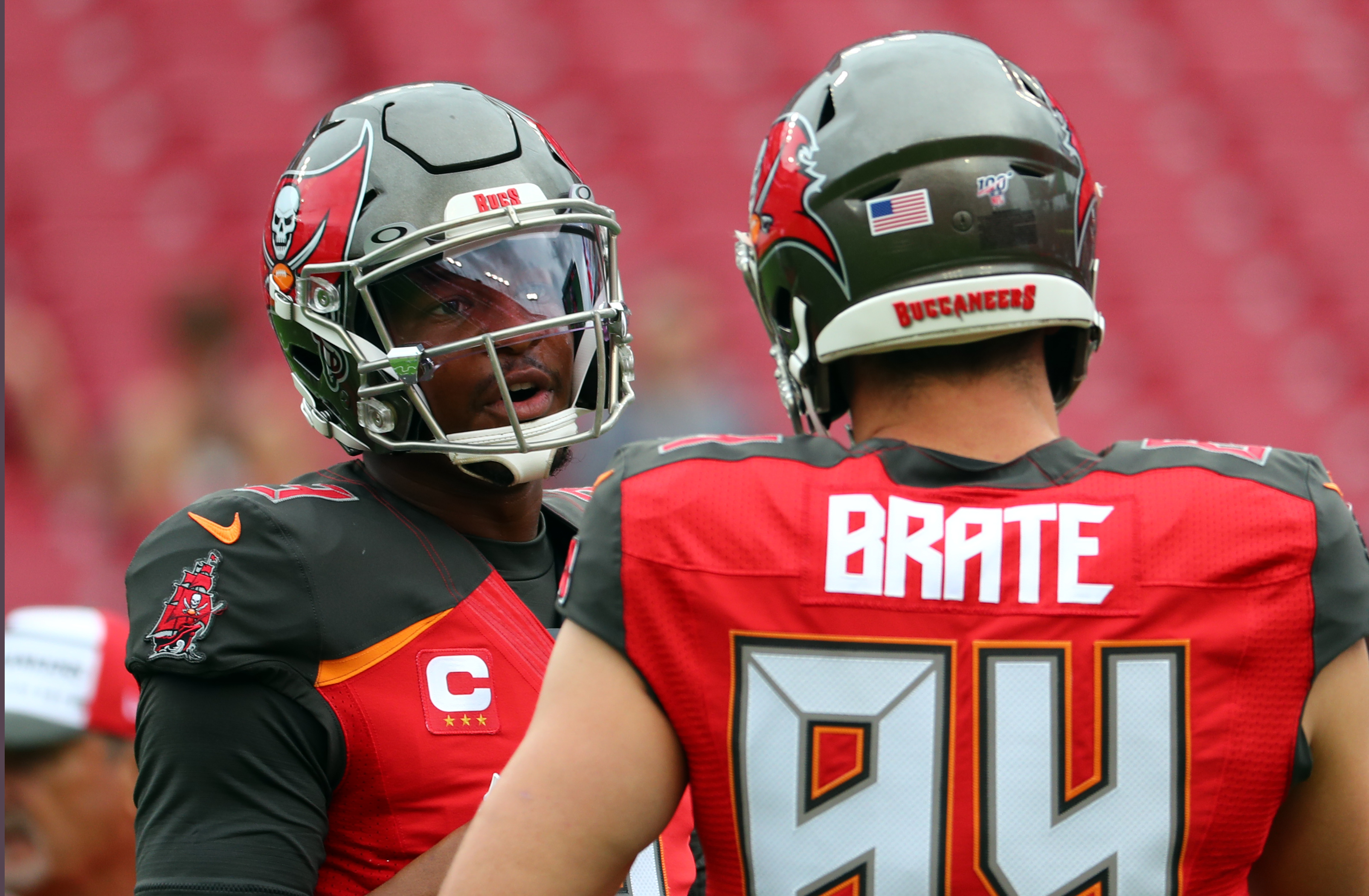 Tom Brady’s arrival in Tampa Bay has caused a bit of a role reversal, as one of the smartest quarterbacks of all time is now having to take a few steps back to learn from his new Bucs teammates.

A big part of what makes Brady so great is his ability to read and carve up opposing defenses, given how high his football IQ is. He’s had the benefit of watching film and learning from Bill Belichick, one of the brightest minds the NFL has ever seen, and it’s been huge for him.

But now he’s tasked with learning a new offense, after having spent 20 years in New England, and his teammates are showing him the ropes. If you ask tight end Cameron Brate, it’s a bit “weird” to do so, given all that the 42-year-old Brady has accomplished throughout his career, which he stated during an interview on SiriusXM NFL Radio.

“It’s a little weird now working with him at the beginning of his Bucs tenure because we’re kinda teaching him our verbiage,” Brate said. “It’s kind of a backward way of how it’s probably going to progress during the season with him kinda teaching us about the game and how he sees things.”

"We are kind of teaching him [Tom Brady] the offense, which is a little weird."

Role reversal for sure.