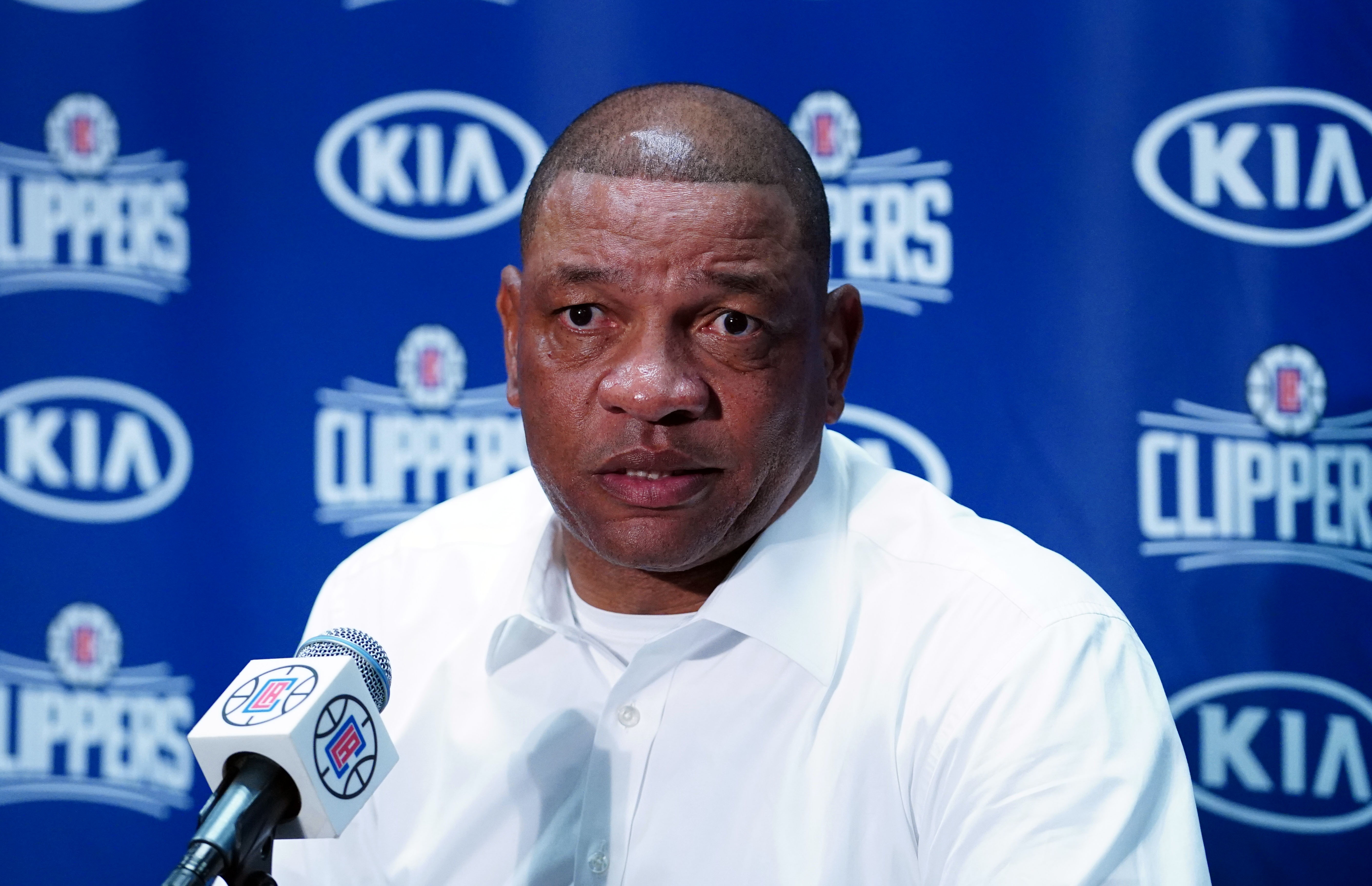 The Clippers are well positioned with a great shot of winning a title this season, assuming the playoffs do take place, and it’s crazy to think that they were very close to having built this stacked team without one of their most integral pieces.

Doc Rivers was traded to the Clippers for a first-round draft pick back in 2013, and he’s been a huge part of the team’s success while there. What’s interesting, though, is that he apparently nearly quit just weeks after landing there back in 2013.

It dates back to the Clippers’ past ownership, with allegations of then-owner Donald Sterling’s racist behavior affecting the team. Rivers said he nearly left because of it.

LA Clippers coach Doc Rivers tells the story of nearly quitting a month into his new job after being told that Sterling was not on board with the JJ Redick signing because he was white. 3 hours later, Sterling was on board. pic.twitter.com/xp6Cc0hK0W

Insane. Just think how different the Clippers — and the league as a whole — would’ve looked had Doc stayed in Boston.