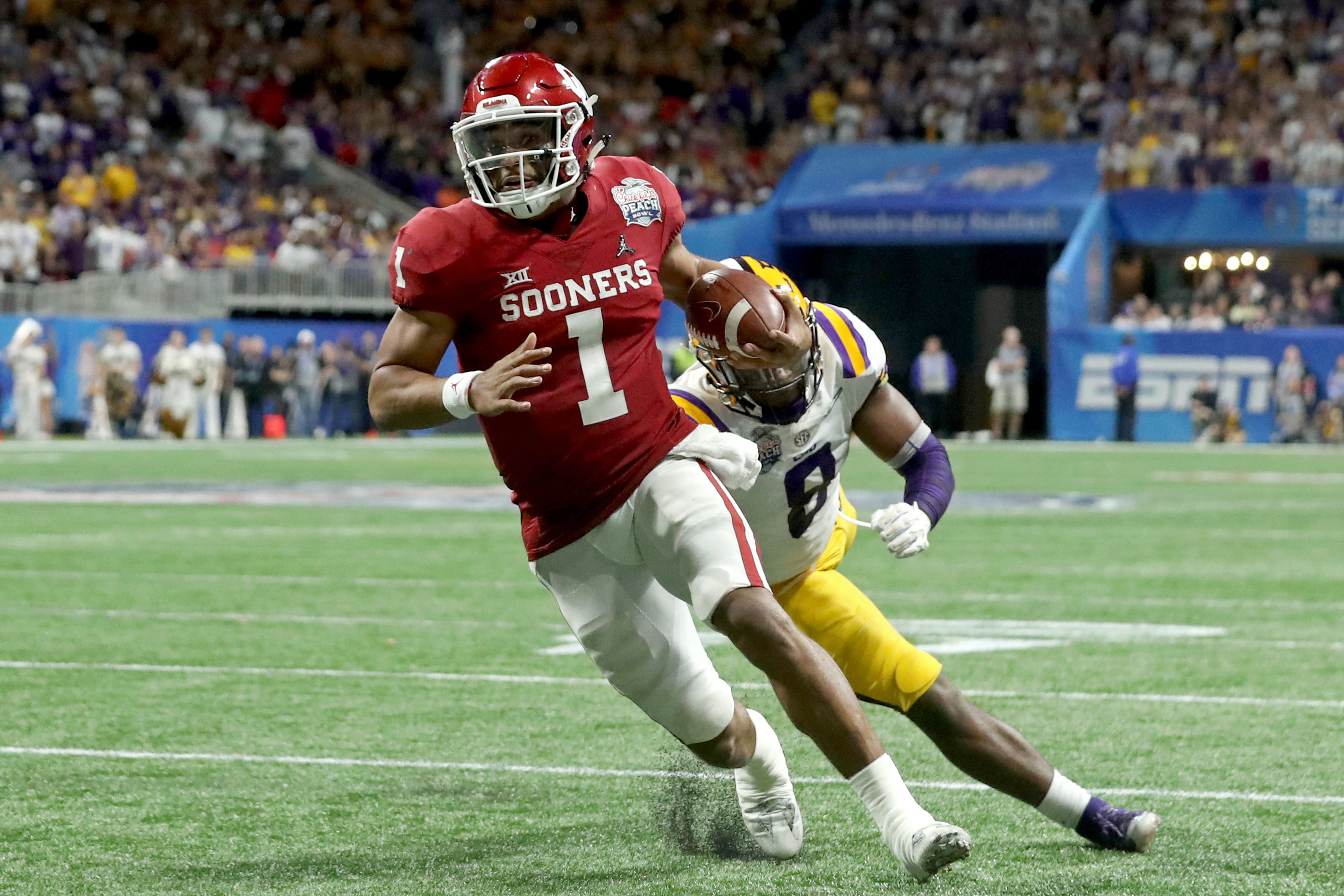 The Philadelphia Eagles set the NFL world and social media ablaze when they shockingly took former Oklahoma Sooners quarterback Jalen Hurts in the second round of the draft roughly one month ago.

Many analysts thought the Eagles were going to take a quarterback sometime in the draft, just not in Day 2. Nevertheless, with Hurts in the fold, Eagles head coach Doug Pederson and the rest of the offensive coaching staff now have the tall task of getting him on the field.

Pederson was asked about Hurts’ potential role this season by reporters on Tuesday.

“I want to make a point here first and foremost that Jalen Hurts is a good quarterback, and he was drafted as a quarterback and he’s a quarterback first. But he has a unique skill set that he’s a great runner,” he said (H/T Tim McManus of ESPN).

Last season at the University of Oklahoma, Hurts completed 69.7 percent of his passes for 3,851 yards, 32 touchdowns, and eight interceptions. He also had a career-high 1,298 rushing yards and 20 rushing touchdowns in Lincoln Riley’s dynamic spread offense.

That being said, the Eagles see Hurts playing the same type of role reigning MVP quarterback Lamar Jackson did with the Baltimore Ravens as a rookie.

If you remember, Jackson was used primarily in certain packages as a runner to offset starting quarterback Joe Flacco. The idea to do this came from Marty Mornhinweg, who was the Ravens’ offensive coordinator.

Mornhinweg, who was once an offensive coordinator with the Eagles, is now back with the organization as a senior consultant. According to Pederson, Mornhinweg sees a lot of similarities between the two quarterbacks.

“Having Marty look at Jalen and his skill set and what he can do, and then how they put plans together, how they designed an offense around putting Lamar in his rookie season and allowing him to play certain plays, it’s all part of the process.”

It will be interesting to see how the Eagles ultimately use Hurts, while not disrupting the flow of the offense this season. With his running and passing abilities, maybe the Eagles will use him in some RPO packages.

Those types of plays would keep defenders on their feet and not pigeonhole Hurts as a Taysom Hill-type player. However, for him to do something like this, Pederson said that Hurts will need to pick the team’s offensive system.

If he can do that, whenever training camp begins and the preseason, the sky is the limit for the former Sooner standout.