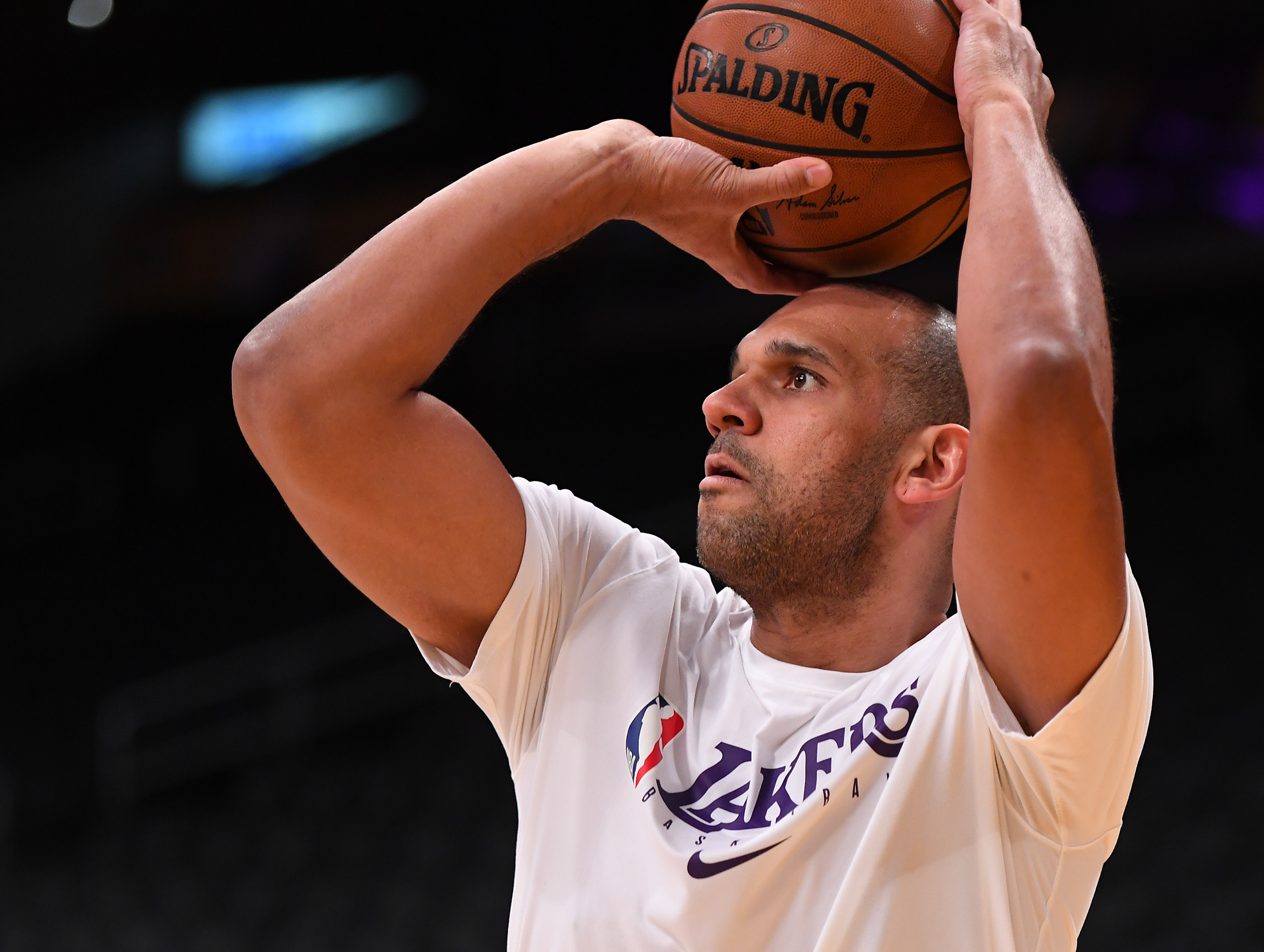 It’s been said that the NBA season’s layoff will benefit older players, allowing them to get their bodies right for the playoffs, but one of the league’s veterans doesn’t see it that way.

Jared Dudley and his Lakers team are the third-oldest squad (in terms of average player age, at 29.1) in the NBA, but they’re also the current odds-on favorite to win the NBA championship. Having LeBron James playing at an MVP level certainly is a big reason for that, as is the fact that they’re the No. 1 team in the Western Conference.

And even though James knows how to keep in shape and make sure his body’s right,  Dudley is aware that most veterans can’t just flip a switch and be ready to play. In fact, he shared his thoughts about why the league’s more veteran teams are at a a disadvantage, should the 2019-20 season resume in the future.

On a Zoom call currently, @JaredDudley619 is expressing optimism about the NBA returning, and is hoping that things ramp up in June from individual workouts, to more players included, then a mini training camp of sorts and eventually, games. Of course, all dependent upon safety.

Dudley said he believes that there will be some level of either regular season games, or exhibition games, leading into the postseason. There, the bulk of the action will come; he expects playoff series to be each be 7 games.

Dudley said the layoff “hurts older teams,” due to the simple fact that the older a player gets, the harder it is to get their body back in game shape, generally speaking. However, LAL do have other advantages with their 2 stars, chemistry and size.

Of course in a neutral court environment, there will be no “home court advantage,” which the Lakers had all but locked up w/t 5.5 game lead in the West before the pandemic hit. @JaredDudley619 said the Lakers advantage is: “We have @KingJames and @AntDavis23."

He may be right, as we’ve never really seen an NBA season play out this way, so maybe the younger teams will have an advantage in the playoffs. It’s interesting that the three of the four oldest teams — Bucks, Lakers and Clippers — have the three best records.