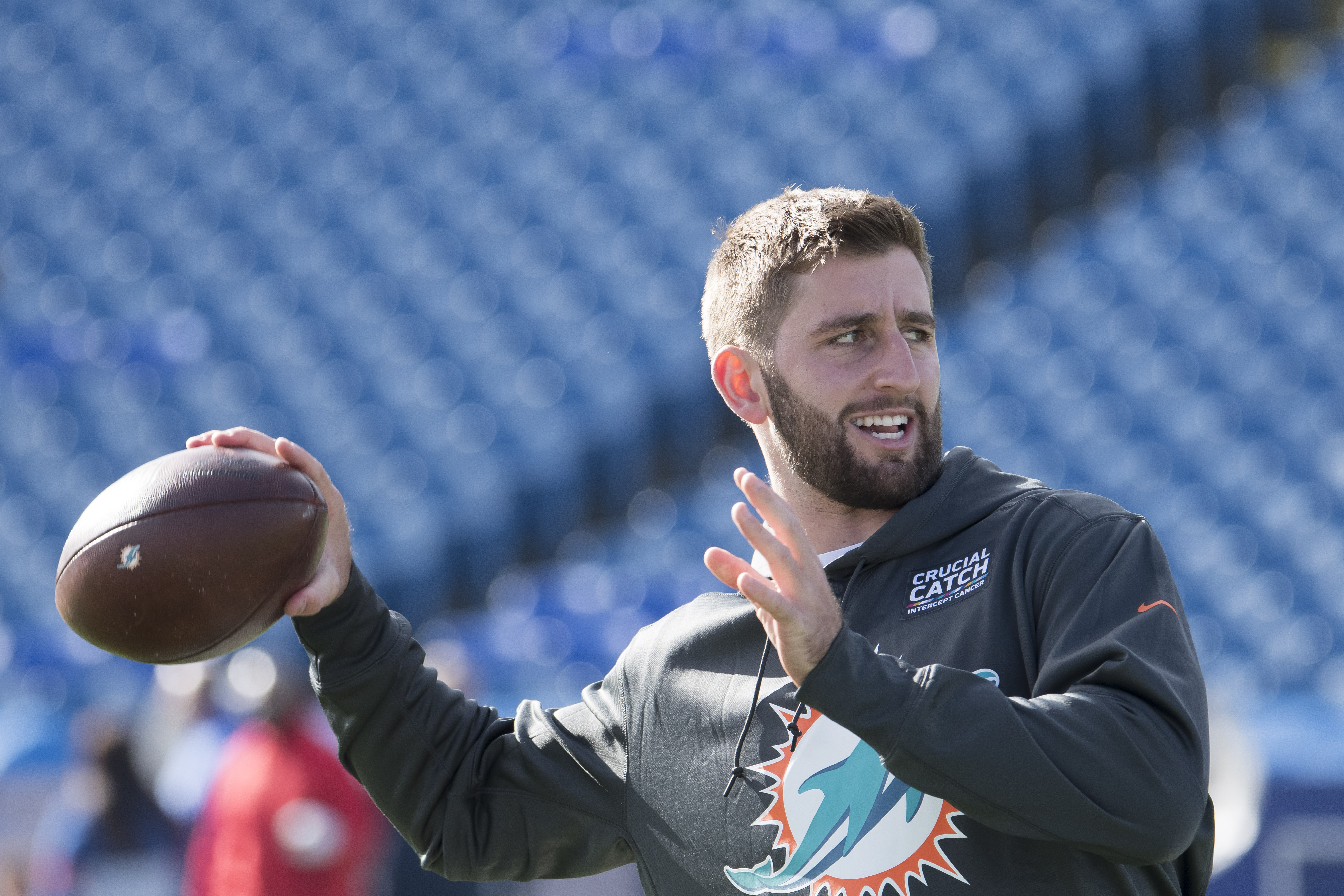 Josh Rosen sure hasn’t looked like an NFL-caliber starting quarterback during his time on the field thus far, but it’s not like he’s had much to work with around him on the Cardinals and Dolphins, nor has he had a lot of time to learn the ropes.

His tenure with the Dolphins is likely wearing thin, though, as the team selected Tua Tagovailoa with the sixth overall pick in the draft roughly one month ago. Veteran Ryan Fitzpatrick will back up Tua, which creates little need for Rosen.

NFL teams are apparently aware of that, as NFL Network’s Michael Giardi reported that a few have called the Dolphins to inquire about Rosen’s availability. He did add, however, that the Dolphins are “in no hurry to trade him.”

One day, I'll smile more. Until then, let's talk QBs in NE and Miami, including one drawing some trade talk @nflnetwork @NFLMedia pic.twitter.com/piL2c5WIsh

It’s good to see that other teams aren’t giving up on Rosen, as he was still a top-10 overall pick, and has, unfortunately, been unlucky enough to have operated behind two of the worst offensive line groups of the past decade, with a bare cupboard of offensive weapons to boot.

He could likely be had for a third or fourth-round pick, so other teams would be wise to kick the tires on the 23-year-old signal-caller. The jury is still out on him.