Would the Twins have any home rain outs yet? 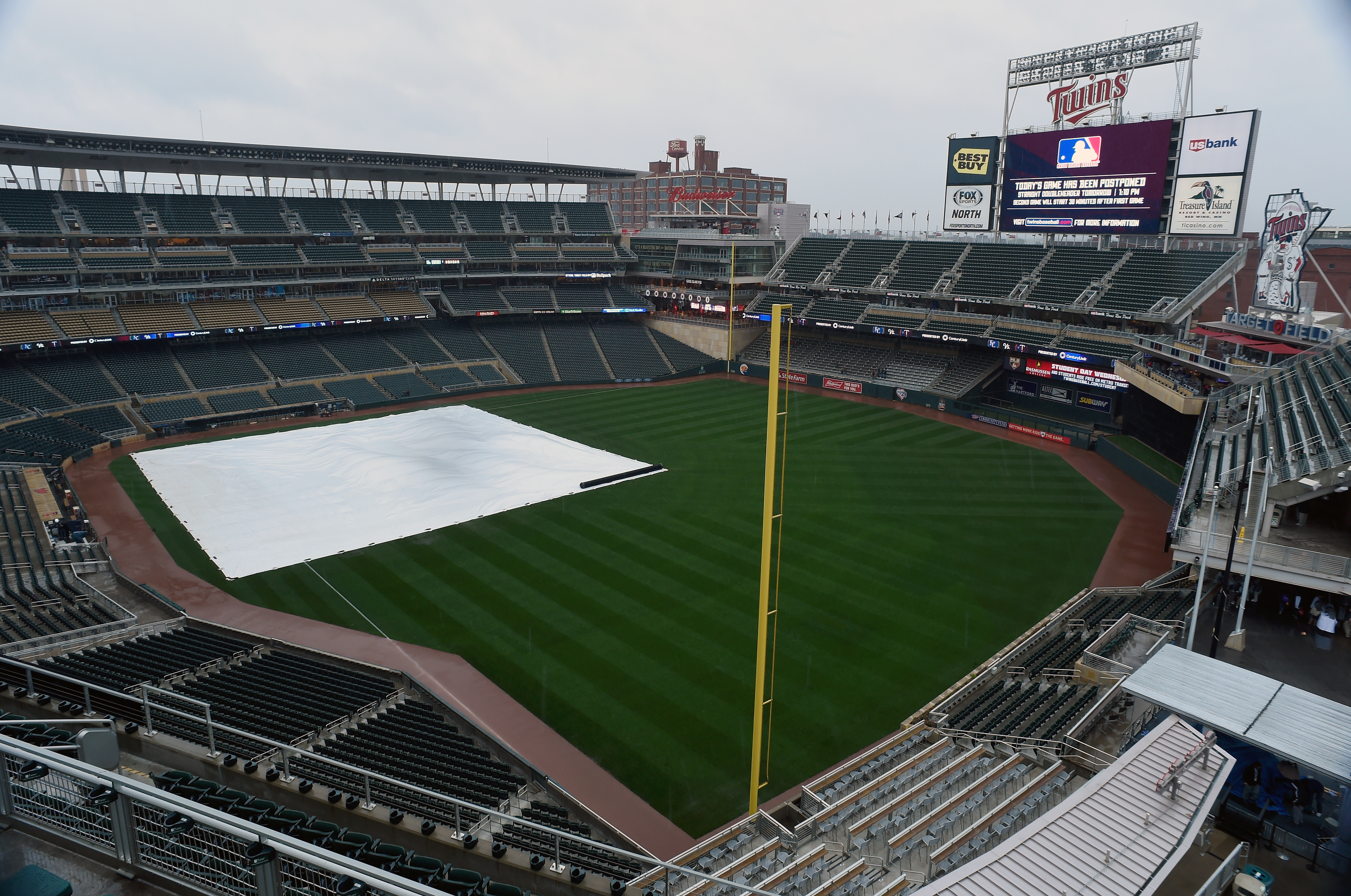 Would the Twins have any home rain outs yet?

It feels like we have been trapped indoors forever, and at least to me, it makes me forget completely about the weather and what kinds of impacts it might have on anything but my afternoon walk. (Today – none! Though I might wear shorts).

We are now through the most unfavorable part of the season for Twins home games, however, and it seems like in recent years, the spring has been most unkind to baseball fans. This year, the spring seems like it was a lot milder, but was it? Of greater pertinence, would that have correlated to the home schedule at Target Field?

Here’s a look at the home schedule to date, and the first pitch conditions, with annotations if necessary. Bold games are those that I would deem “unpleasant” and Italics mean I suspect they would have been delayed or postponed.

By quick observation, most of the games in April were pretty bad for baseball fans, but it started turning around in May, but no, there likely would not have been any rain outs. It helped that the Twins would have been on the road during the mid-May cold snap we had. It doesn’t appear that this spring would have been significantly more mild for people in the stands, so at least COVID 19 hasn’t also robbed us of too much good outdoor baseball weather,

Fight of the Day: Alexander Gustafsson vs. Jon Jones I

How to Warm-up to Improve Performance Before Motocross Riding And Racing? (With Exercises)

Irrespective of the sport they are playing, all athletes do stretching and other warm-up exercises before starting. However, warm-up before (…)

Often when teams acquire veteran talent in their bye weeks, it means they are desperate.  You expect that kind of move from a 1-5 team, (…)

The Premier League may boast the most exotic players, superstar managers and biggest stadiums, but true soccer fans know that the (…)

The Evolution of Sports Betting in the Technology Era

Digital technology has changed the face of many industries, from fashion to finance, and has recently revolutionised sports betting. (…)

Lebron James the Lakers champion, has recently been announced the highest paid for the NBA sport, with a combination of salary and off (…)

This edition of NXT took place in the Capital Wrestling Center in Orlando Florida. It was Halloween Havoc as Dexter Lumis took on (…)

At the halfway point for some teams and the trade deadline looming it is going to be very interesting to see who is selling and buying. Now, (…)