10 Buffalo Bills' Games You Must Rewatch 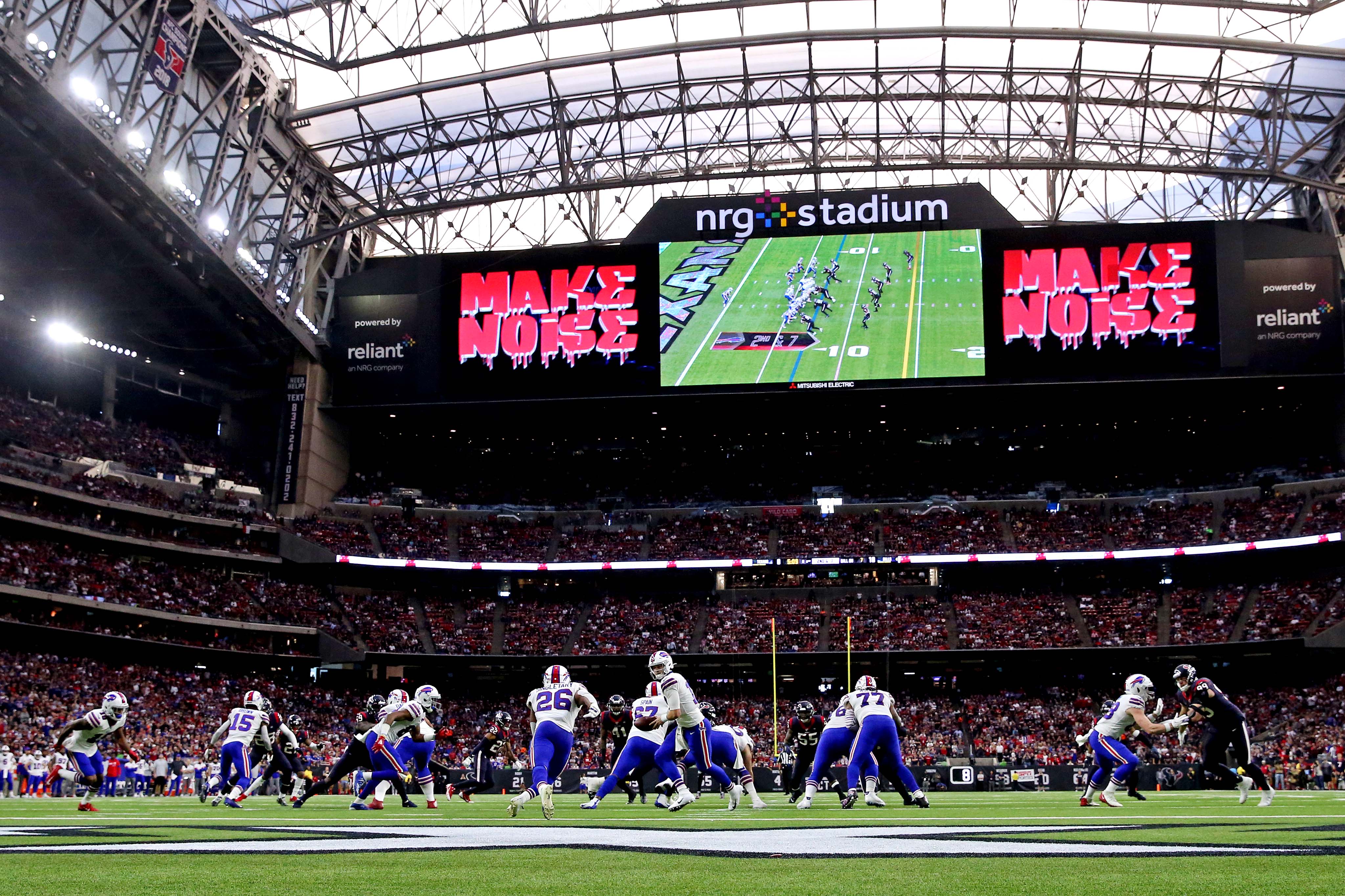 10 Buffalo Bills' Games You Must Rewatch

Who would have thought that in 2020 we would be experiencing a world without sports? As the coronavirus has forced the sports industry to come to a halt for an indefinite period of time, loyal Buffalo Bills fans are now dreaming of their next sports fix.

Luckily, we have many exciting old games we can rewatch. The Bills have had plenty of ups and downs over the year, making cheap Buffalo Bills tickets not unusual to come by. But, the team has a lot to be proud of in its history. And, loyal fans and Buffalo Bills players alike have many reasons to be hopeful for a brighter future.

In the meantime, we’re lucky enough to have many exciting older games to choose from to satisfy our sports itch. So coronavirus or not, here are 10 Buffalo Bills games that you must rewatch.

Teams: Buffalo Bills vs. Tennessee Titans
While this wild card playoff game is best known for its conclusion, it truly was a defensive battle through and through. Both teams struggled to move the ball throughout the game. After a scoreless first quarter, the Titans struck first in the second quarter. But, the Bills quickly rallied to try to come back. Late in the fourth quarter, with 1:48 left on the clock, the Titans had a 15-13 lead. With only 16 seconds remaining in the game, Bills kicker Steve Christie made a 41-yard field goal to put Buffalo in the lead, 16–15. On the Titans kickoff return, Frank Wycheck threw a backward across the pitch to wide receiver Kevin Dyson, who sprinted 75 yards to finish the game and score the final touchdown.

Teams: Houston Oilers Vs. Buffalo Bills
The first half featured Warren Moon, Houston’s quarterback, completing 19 of 22 passes for 220 yards and four touchdowns, dominating the Bills, finishing 28-3. 1 minute 41 seconds into the third quarter, defensive back Bubba Mcdowell returned the interception for a touchdown. The Oilers led by 32 points, 35-3. Then everything changed, Bills wide receiver Reed played the greatest comeback in NFL history with three consecutive receiving touchdowns, scoring 21 points in 10 minutes. In the fourth quarter, the Oilers tied the game and sent it into overtime. After two runs, Bills kicker Christie scored a 32-yard field goal to win the game, 41-38.

In the first quarter, the Bills took the lead with two field goals and one touch down, while the Dolphins only managed to score one field goal. However, the rest of the game evened out, as both teams were tied throughout. Overall, this game was neck and neck. However, what gave the Bills the final push to win was their strong first quarter.

The Bills and Raiders were fighting for the AFC Championship. Bills crushed the Raiders 51-3, scoring seven touchdowns, one field goal, and missing one extra point. The Raiders only managed to score an early field goal in the first quarter, taking the Bills to the Super Bowl XXV. Making this a game not be missed for any Bills fan.

Teams: Buffalo Bills Vs. New York Giants
Overall, neither team ever seemed to gain the upper hand, and neither team committed a turnover. With a few seconds remaining and trailing by one point, the Bills attempted a 47-yard field goal, which went wide right and handed the Bills their first loss of what would be four Super Bowls.

This may not be the Bills’ most exciting game, but it was of some importance. The Bills defeated the Denver Broncos 10-7 in a defensive battle, to take them to the Super Bowl. The whole of the first half was scoreless, with both defenses showing their strength. In the end, what changed the game was a field goal scored by Norwood that gave the Bills the winning three-point lead.

This Super Bowl started out well for the Bill’s, with a 7-0 lead, but came to a disappointing end with the Bills becoming the first team to lose three consecutive Super Bowls. By the end of the first quarter, Dallas had managed to score two touchdowns in a span of 15 seconds, setting the stage for what was to come to the rest of the game. On the face of it, Bills fans may not consider this a great game to rewatch, but statistically speaking, it was quite impressive and worth another watch.

Shaking off their third consecutive Super Bowl loss, the Bills came down hard on the Patriots, with Reed scoring twice in the fourth quarter and putting the game out of reach. This is a must-watch game for any fan wishing to see the Bills giving it their all.

Running back Thurman Thomas led the Bills to the 30-13 victory by recording 186 rushing yards, three receptions for 22 yards, and three touchdowns. Starting strong, the Bills opened the game with Thurman Thomas’ 12-yard touchdown, giving them a 7-0 lead. Kansas City hit back with two field goals, making the score 7-6. The Bills stormed back with another touchdown and two field goals, bringing the score to 20-6 towards the end of the first half. In the second half, the Bills brought home the victory by scoring another 10 unanswered points, and in turn, advancing to their fourth consecutive Super Bowl.

Coming off their fourth straight Super Bowl loss the previous year, the Bills came roaring in the first quarter with two touchdowns, giving the team an early lead of 14-0. This trend continued into the second quarter, as Kelly scored a field goal to make it a 17-0 game. With only 2:12 left in the first half, the Bills scored again, reaching 24-0. Trailing by 24 with no points, the Packers began to mount a rally, managing to score 6 points. However, the Bills weren’t done yet, securing another field goal and going into halftime with a 27-6 lead. The second half introduced the Packer’s attempt at a comeback, but in the end, they fell short as the Bills secured the victory at 29-20.