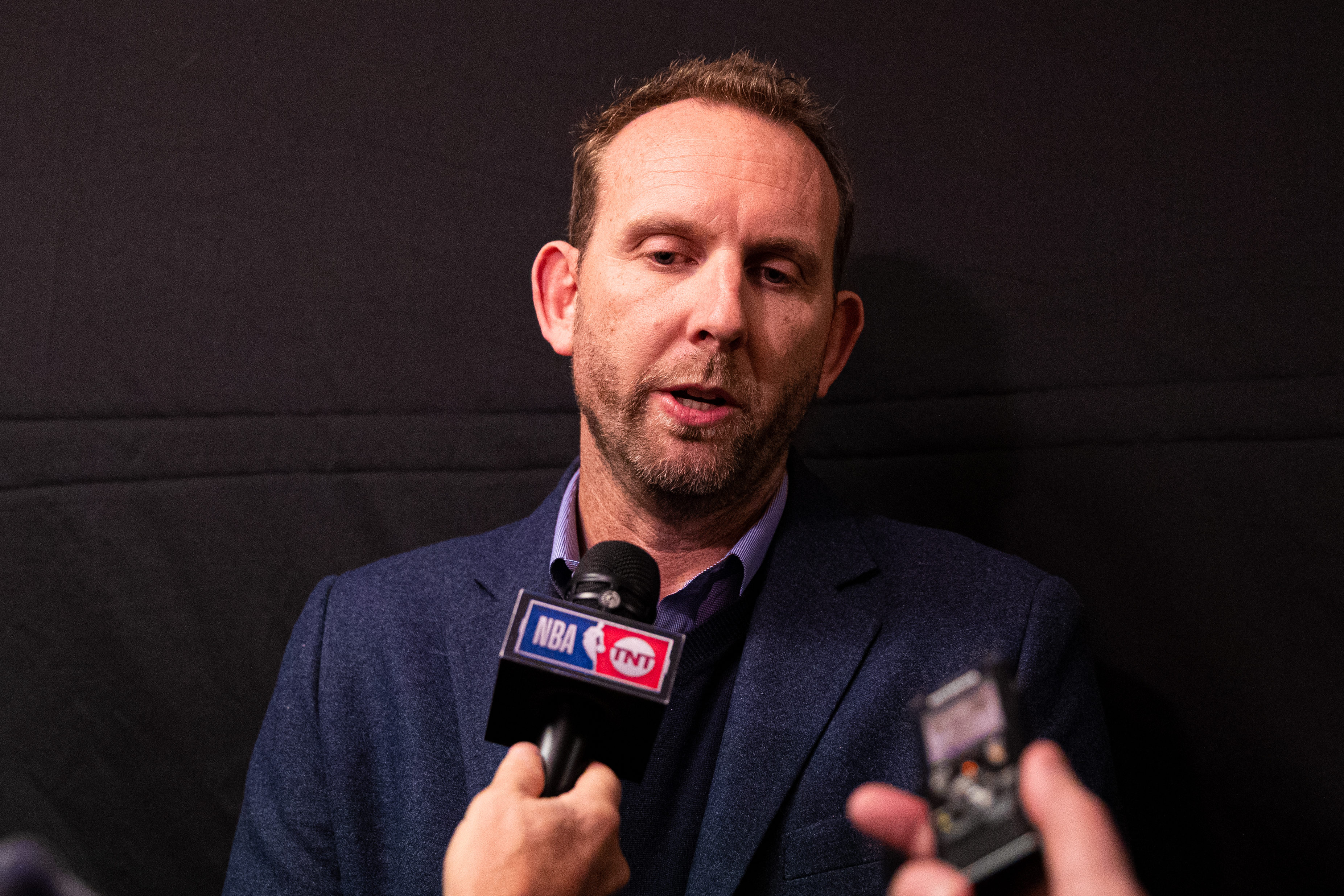 The NBA continues to push back its dates of when the 2019-20 season will resume, but the league does appear optimistic that it will happen.

Initially, it was said that players would resume practicing around June 1, and that games would be played — although it’s unclear if they would have been regular season or postseason — on July 1. But now it’s beginning to look like late-July will be the earliest games can take place.

The more those dates get pushed back, the more the talk of Kevin Durant possibly returning from injury increases. It’s looking like Kyrie Irving could be ready to play, and Durant, is already coming up on one year since he tore his Achilles. July or August could be a timetable that allows him to return.

And while the Nets have remained quiet about Durant’s potential availability, general manager Sean Marks gave fans hope it could happy by saying he looks “pretty damn good.”

In yet another interview with a New Zealand sports show last week, Sean Marks wouldn't talk about a @KDTrey5 return to play but said, "I can tell you now he looks pretty damn good and I'm excited about him being on the floor at Barclays in front of that fan base."

We’d love to see him back, but we can understand why the Nets wouldn’t rush the superstar’s return.