Your Morning Dump… Where it’s another week, another ‘NBA returns’ rumor 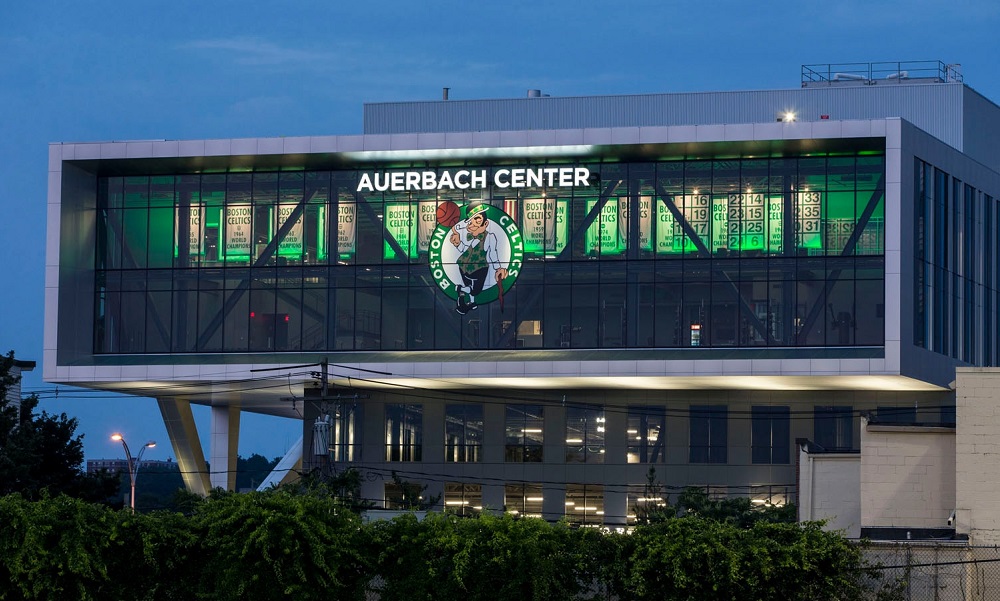 Your Morning Dump… Where it’s another week, another ‘NBA returns’ rumor

The NBA is taking meticulous steps toward a return to the season as the country slowly begins to reopen amid the COVID-19 pandemic. […]

Many details are yet to be determined, such as how many teams will actually return to finish the season, how many more regular-season games will be played, and how the players will be housed.

The league hopes to have a month-long training camp at each team’s practice facility, followed by the resumption of the season, likely at Disney World in Orlando. […]

The NBA hesitated taking a major step toward a return until it found a method to conduct widespread testing of players without taking those tests away from the public. The plan is for the players to be tested once a week, with each player also having his temperature taken before entering arenas and practice facilities.

The hope is to finish the playoffs in early September, avoiding conflict with the NFL regular season. Of course, that would guarantee that the 2020-21 season would be pushed back, potentially to a December start.

Globe: NBA looks on track to restart season in July, possibly in Orlando, with playoffs done by early September

Well, it’s sure sounding like we will eventually have NBA basketball again this year. It’s been widely reported that teams expect guidance from the league by June 1.

Once that comes down, the Celtics’ next concern is how to gather the players and coaching staff from their quarantine locations. Shockingly (to me, at least), the governor of Massachusetts did not approve the Auerbach Center to re-open this past week.

Currently, less than half of the Celtics roster remain in the Boston area, with several players exiting to offseason homes once the stay-at-home order went into place.

“A lot of guys are in different places,” Grant Williams said. “Some guys stayed in Boston, other guys went to other places and either went home to their families or went to places with less regulations so they could stay with gym access and stay in shape.”

Multiple reports indicate that those out-of-town players will be recalled to their home market around June 1st for the beginning of a quarantine period for those travelers and likely some authorized group team workouts in their practice facilities to follow. For now though, there are still Celtics like Jayson Tatum, Gordon Hayward and Jaylen Brown that remain in the Boston area and are working out at their own homes. The team remains hopeful the Auerbach Center will open up to them in a matter of days.

That made Danny Ainge seem a tad feisty.

Ainge, in a conversation with Steve Bulpett of the Boston Herald on Thursday, made the case that his players should be allowed to return to practice by Massachusetts government, which apparently is yet to give the go-ahead to reopen the Auerbach Center in Brighton.

“It’s just not that complicated. What we’re trying to do is have one-on-zero workouts. Like, it’s probably the cleanest environment that anybody’s working at in the country, with the sanitization that has to go on and the coaches wearing masks and gloves. I mean, heck, it doesn’t seem that complicated.”

Then there’s another angle being pursued by the Celtics and other teams who don’t yet have the all-clear to work out near home.

Most teams in regions still adhering to stay-at-home policies amid the coronavirus pandemic have an abundance of players who left their marketplace during the shutdown and would need to quarantine for an extended period – perhaps as many as 14 days – prior to joining workouts in team facilities. Teams want to avoid having to quarantine significant portions of their rosters twice – once upon returning to more restrictive markets, and again, at the bubble site. […]

Executives from Brooklyn, Boston, New York and Toronto were among those on Thursday’s general manager’s call with the league office who expressed concern about how waiting on the league to release a timetable complicates their ramp-ups to return in ways that are unique to those marketplaces, sources said.

ESPN: Sources: Teams asking NBA if they can report directly to campus sites

They are getting closer, fans. Keep hanging in.

On Page 2: Guessing the future

Will the Celtics hop right into a first-round series with Philadelphia?

A number of NBA figures, including Jared Dudley, have said they expect the league to hold some regular-season or exhibition games before jumping into the playoffs. That decision could have a major impact on the Celtics, who are currently lined up to meet the 76ers in a first-round series.

The 76ers are no normal sixth seed. Joel Embiid has made second-team All-NBA two straight times and may rank as the worst matchup problem the Celtics could meet. Ben Simmons and Al Horford don’t fit perfectly next to Embiid, but they are also All-Star-caliber players. Tobias Harris and Josh Richardson help give the 76ers a talented, enormous roster. The Celtics have a lot of strengths, but size up front is not one. The clash of styles between them and Philadelphia would be fascinating.

It would also present a brutal first-round matchup for the Celtics, who are firmly in third place in the Eastern Conference. They could benefit if the NBA eventually settles on playing some more regular-season games — that would give the 76ers a chance to pass the Pacers in the standings and set up Boston with a more favorable first-round opponent.

The Athletic: So many questions, so few answers: But at least Celtics appear to be headed back

There’s no way to predict any outcomes once the league resumes under unprecedented conditions, but this article offers educated guesses about the answers to several pressing questions – such as, will the Celtics be able to regain their chemistry, how’s Kemba Walker’s knee, and what kind of shape will the players be in?

In a perfect world, everything will break the Celtics’ way and they’ll bring home Banner 18 from the Magic Kingdom. Lakers fans on Twitter will insist that the title deserves an asterisk; we will ignore them.

By the way, this tweeter speaks for us all, don’t you think?

And, finally… The GOAT vote

You might agree with him, you might disagree, but Bill Russell is always going to speak his mind. He did during his playing days, and he continues even at age 86.

To clarify, #VoteByMail should be available to all eligible voters. To @realDonaldTrump & others who say if we can go shop we should stand in line to vote, I don’t go out! I worry for my wife every time she has to run errands & I am grateful she has a strict protocol to stay safe https://t.co/1ymIYsfym2

MassLive: Celtics’ Gordon Hayward honors late Jazz coach Jerry Sloan: ‘He had a major impact on my transition to the NBA’