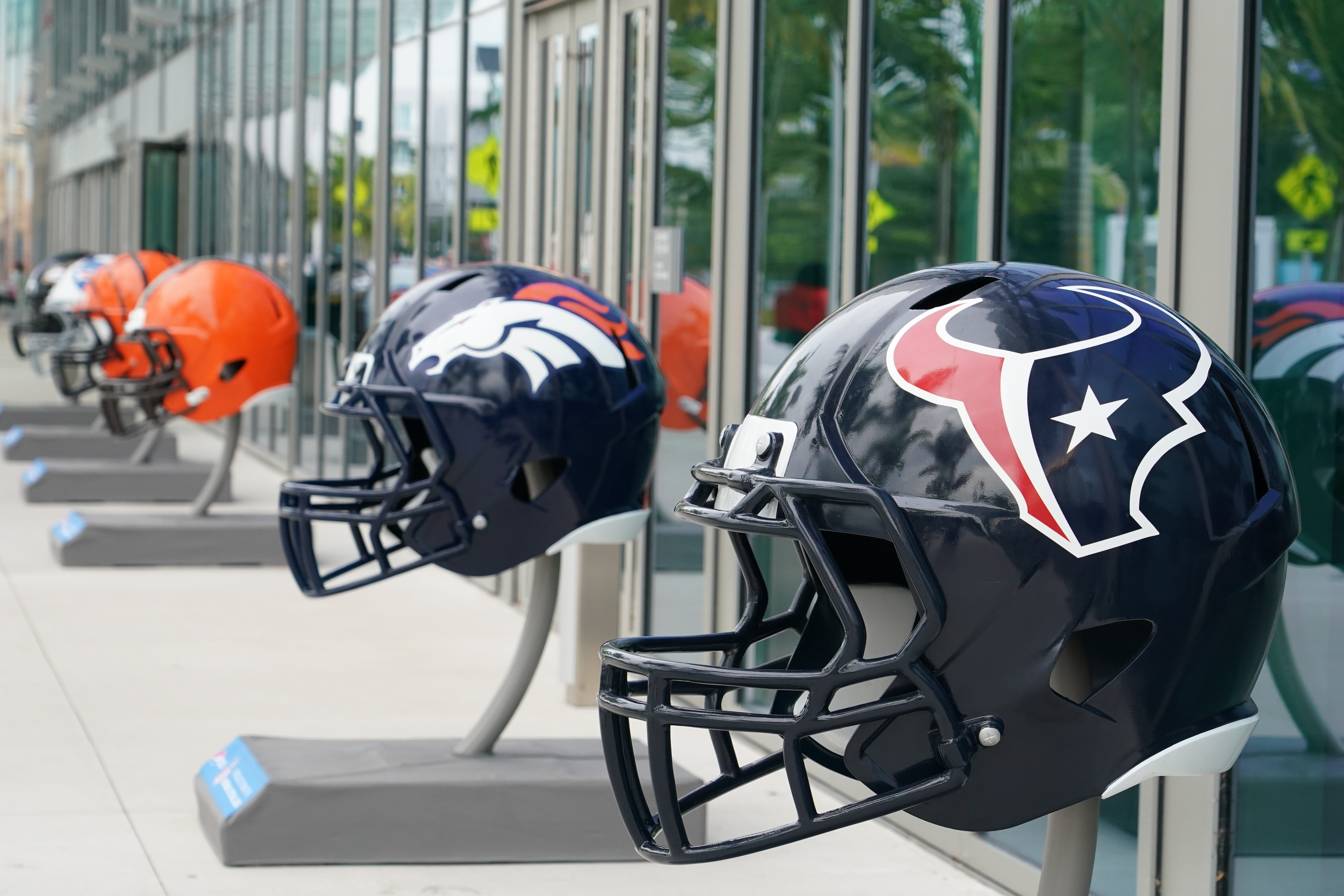 The NFL has released the 2020 schedule and some of the best online sportsbooks have quickly followed suite by releasing betting lines for all of the 16 contests. The action starts on September 10th at 8:20 PM ET with the Houston Texans visiting the Kansas City Chiefs. Then we’ll have a full assortment of games on Sunday (13 in total) followed by a Monday Night Football double-header.

Let’s take a closer look at the biggest matchups for Week 1 along with the point spreads for each of those contests.

The rematch of the AFC Divisional Playoff Game in which Houston blew a 24-0 lead will be the Thursday Night Football season opener involving the defending Super Bowl champions. The Chiefs will like their chances for a number of reasons: First, because Patrick Mahomes is the best quarterback in the league, but second, because the Houston Texans did not improve their roster in the offseason. Trading DeAndre Hopkins to the Arizona Cardinals for David Johnson was a ridiculous move which takes away Deshaun Watson’s top receiving target. Kansas City has a fully loaded offense ready to do damage to the opposition, although Houston will have J.J. Watt healthy again. It’s the Chiefs’ game to lose.

The Minnesota Vikings might face more pressure than any other team in Week 1. If they can’t beat the Packers at home, they will already be in deep trouble in terms of winning the NFC North and getting home-field advantage in the playoffs. The Packers beat them twice last season and would gain a ton of confidence from being able to win in Minnesota to start the new season. Viking quarterback Kirk Cousins has to win this game. It is a 50-50 question in terms of his ability to handle the pressure. We’ll just have to wait and see.

The Buccaneers and Saints have not been very good for most of their histories. The Saints have been very good the past few years, but in the previous century, New Orleans was usually very poor except for the late 1980s and early 1990s. The Buccaneers thrived in the very late 1990s and early 2000s, but since then have been mostly irrelevant in the NFL. That changes now.

Bucs-Saints is the new hot ticket in the 2020 NFL as both teams are tied with the best odds to win the NFC. Tom Brady joins the Bucs and will go head-to-head with Drew Brees in a showdown that everyone wants to see. Rob Gronkowski is now a Buccaneer along with Brady, spicing up this NFC South matchup. The Saints have to be the favorite here, but a Buc win would not be a shocker.

The Cowboys had a pretty good offseason – including a great NFL Draft – getting receiver CeeDee Lamb to help Dak Prescott. The Dallas offense begins its new chapter under former Green Bay Packer head coach Mike McCarthy and the chess match between McCarthy and Ram coach Sean McVay will get a ton of attention on Sunday Night Football. This is a game worthy of prime time; an added bonus is that it will open up SoFi Stadium, the huge new football complex in Los Angeles which the Rams will share with the Chargers.

The first of two Monday Night Football games in Week 1 will pit the Steelers up against the Giants. The Steelers get back a healthy Ben Roethlisberger, who missed 14 games last season with an injury. Can Big Ben still bring it late in his career? The Giants will find out if Daniel Jones can settle into the quarterback position. He had some encouraging moments last year but got worse as the season progressed. Turnovers were the huge problem for Jones. The Steelers have a strong, ball-hawking defense. It’s a tough matchup for the Giants out of the gate.

The AFC runners-up from Tennessee will rely on running back Derrick Henry to carry them, but the bigger story is if quarterback Ryan Tannehill can pick up where he left off last January and blossom into a quarterback who can excel for a full 16-game season, not just in brief bursts. We’ll get our first look at the Titans and the up-and-coming Broncos in the late game on Monday Night Football.

If Tannehill becomes an elite QB, the Titans will have a chance to make the Super Bowl. The Broncos need young quarterback Drew Lock, who started a few games late last season, to become the confident gunslinger who will restore the team’s passing game. If the Broncos can’t throw the ball, their talented defense will once again be wasted, because it will not be able to win games single-handedly.