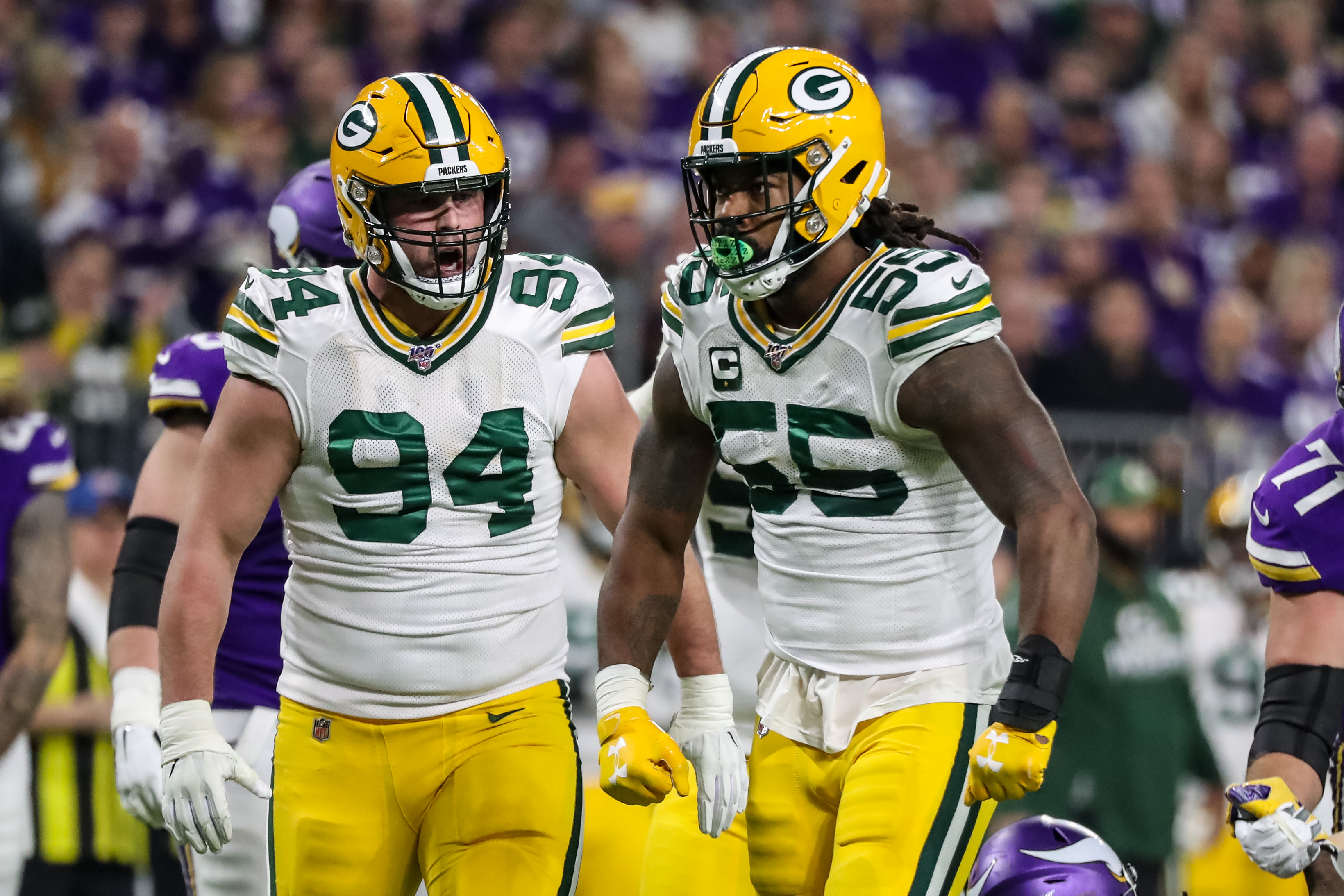 When the Green Bay Packers season ended in January with their 37-20 defeat in the NFC Championship Game against San Francisco, it became clear they needed their defense to step up if they were to find a way to take that final step and return to the Super Bowl in 2020.

Overall, the Packers ranked 18th in the NFL in total yards per game on defense, finishing 23rd against the rush and 14th against the pass.

These average at best statistics were offset in part by the team’s ability to make big plays. The Packers were fourth in the league in turnover differential last season with a plus-11 and ranking 15th in sacks with 41 on the season.

As a result of the big plays and strong red zone play, the Packers finished 10th in the league by allowing just 19.6 points per game.

So as the Packers prepare to open training camp (hopefully on time), here is a look at the five biggest questions facing the defense:

The good news is Kirksey has more speed than Martinez and has experience in Mike Pettine’s defense because he played with the Green Bay defensive coordinator in Cleveland.

Kirksey had two very productive seasons with the Browns in 2016 and 2017 and is probably a better fit in Pettine’s system than Martinez was.

However, over the last two seasons, Kirksey has played a total of just nine games. He played just seven games in 2018 due to a hamstring injury. Last season, he only appeared in two games before a torn pectoral muscle ended his season.

There is no proven depth behind Kirksey at this position. If the former Iowa star misses significant time due to injury this season, the Packers could see a substantial drop off in play at this key position.

If Kirksey can stay healthy and return to his 2016-17 form, the Packers could get a much-needed boost in production at ILB.

2. Can the Defensive Line Step Up?

The Packers are looking for a better performance from their defensive line in 2020. Everybody not named Kenny Clark needs to get better for the run defense and the defense in general to take a big step forward.

Dean Lowry and Tyler Lancaster are the returning starters but neither has distinguished themselves as elite players and they need to do better to keep their jobs.

The team is counting on returning backups Montravius Adams and Kingsley Keke to take a big step forward in their development to provide better play at this position. Keke showed flashes last year in limited action. Adams looked good in training camp but didn’t get on the field much during the regular season. His recent arrest on several misdemeanor charges certainly won’t help his cause.

The Packers also signed veteran Treyvon Hester as a free agent to help stop the run. They will need some of these players to step up and show more this year if they hope to improve in this area.

3. Who Will Start at the Other ILB Position?

Oren Burks probably enters as the favorite but has started just four games in his two seasons with the Packers and got injured in the preseason both years he’s been with the team.

On papers, Burks fits the mold that Pettine is looking for from this position but entering his third season, he needs to prove he can do it on the football field.

Other candidates fighting for playing time include second year players Ty Summers and Curtis Bolton and rookie Kamal Martin. Summers contributed exclusively on special teams as a rookie while Bolton missed the entire season with injuries after making a strong showing in training camp last season as an undrafted rookie. Martin may be hampered by the lack of OTAs and reps that rookies would get in mini-camps.

Pettine may use a hybrid safety/ILB at this position on many plays but either way, somebody must step up for the Packers defense to improve this season.

The Packers first-round pick from a year ago made two sacks and showed some flashes of ability in limited playing time as a rookie. Pettine and the rest of the coaching staff all believe Gary can contribute a lot more in 2020, but the key question is will be step up and do it?

Gary played defensive line in college and Pettine indicated he could line up along the line with his hand in the dirt and rush the passer on obvious passing downs.

He will also play his main position of OLB and take over Kyler Fackrell’s role of spelling or complimenting Preston and Za’Darius Smith.

Either way, the Packers need to see more from Gary in year two for the defense to continue to harass opposing quarterbacks on a regular basis.

5. Who Will Be the Nickel Corner?

Last year’s third cornerback, Tramon Williams, has yet to re-sign with the team. The coaching staff indicated they may still bring him back, but as of now, he is not officially a Packer.

Chandon Sullivan did a solid job last year as the dime back and would be one of the leading candidates to take over the position if Williams doesn’t return.

Josh Jackson is a former second-round pick who saw his play level off in year two and needs to show that was just a temporary setback to get his career back on track. Ka’Dar Hollman showed some promise as a bump and run corner during preseason and should get a chance to challenge for more playing time on defense this season.

There are several other dark horse candidates as well, but somebody needs to step forward and claim this position for the pass defense to continue to thrive.