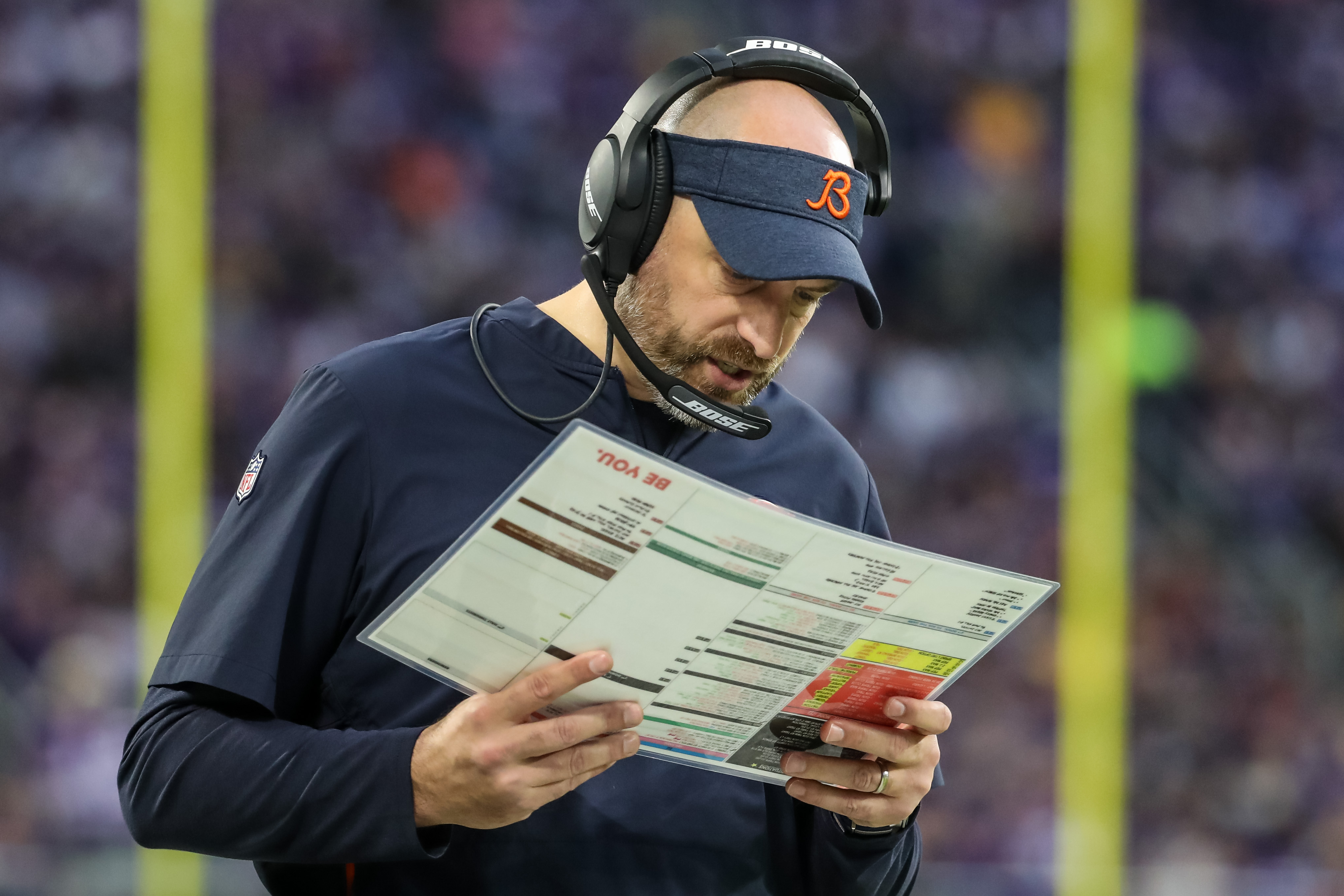 The Bears were one of the most disappointing teams in the NFL last season, and the team’s head coach has taken plenty of time looking back on their 2019 campaign, to hopefully eliminate some of those same mistakes going forward.

And sure, the quarterback position was the team’s most glaring weakness, with Mitchell Trubisky being extremely inconsistent, and also injured for a portion of the season. They’ve addressed that major need in acquiring veteran Nick Foles.

But there’s more to it than that, and head coach Matt Nagy is aware. He recently appeared on the “Waddle & Silvy Show,” and shared the biggest mistake he made in decision making last season.

“As we talk, that’s one of the things that I look back at from last year that I’m not happy about that I made a decision to do in the preseason,” Nagy said, as transcribed by NBC Sports Chicago. “No. 1, I think it’s good for them to have it, but No. 2 it sets the mentality. So that’s not going to happen this year.”

It’s funny he mentions that, because the move was met with a lot of criticism at the time, and, sure enough, it appeared to work against the Bears players.