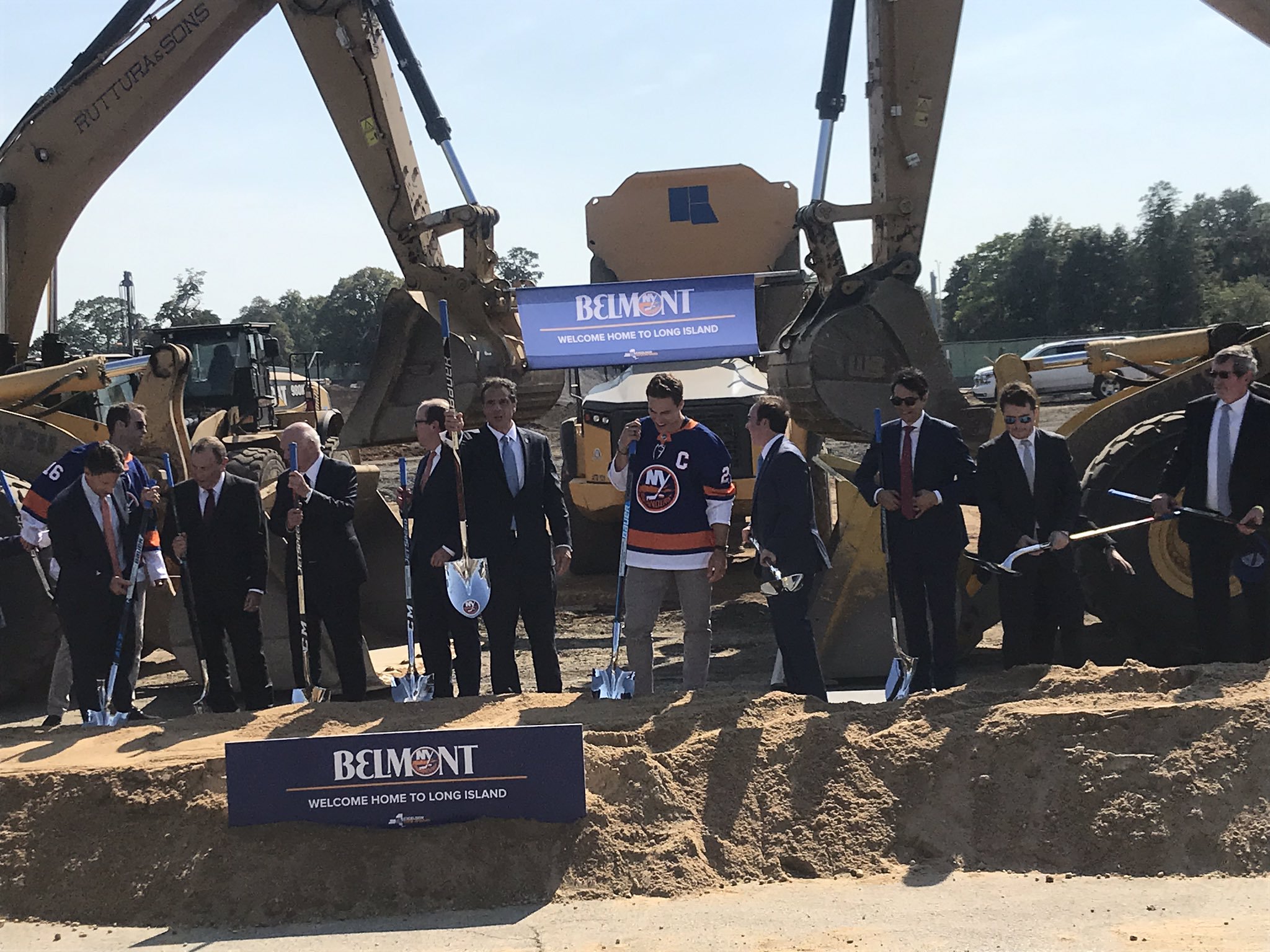 NHL commissioner Gary Bettman is confident that the Islanders’ new arena at Belmont Park will open in time for the 2021-22 season.

Construction on the arena was halted on March 27 as part of a statewide ban on nonessential construction during the COVID-19 pandemic, but will resume on Wednesday as part of Phase 1 of New York’s reopening plan. And despite the delay the expectation from the league office is that it will be done on time.

“The building is proceeding and I’m told it will still be on-time or close to on-time, so that shouldn’t be an issue,” Bettman said during a conference call with reporters on Tuesday.

Bettman was discussing the leagues plan to return to action when the question was posed. The NHL revealed it’s plan to restart its season, which will jump right into a 24-team postseason that will include the Islanders.

As previously reported, the Islanders will be seeded seventh based on winning percentage and take on the Florida Panthers in a best-of-five play-in round. The return to any game action isn’t expected to take place until at least the end of July.

The second phase of the league’s return to play plan is to allow teams to open up practice facilities to players for small group workouts. That will take place sometime in June and formal team training camps won’t begin earlier than the first half of July.