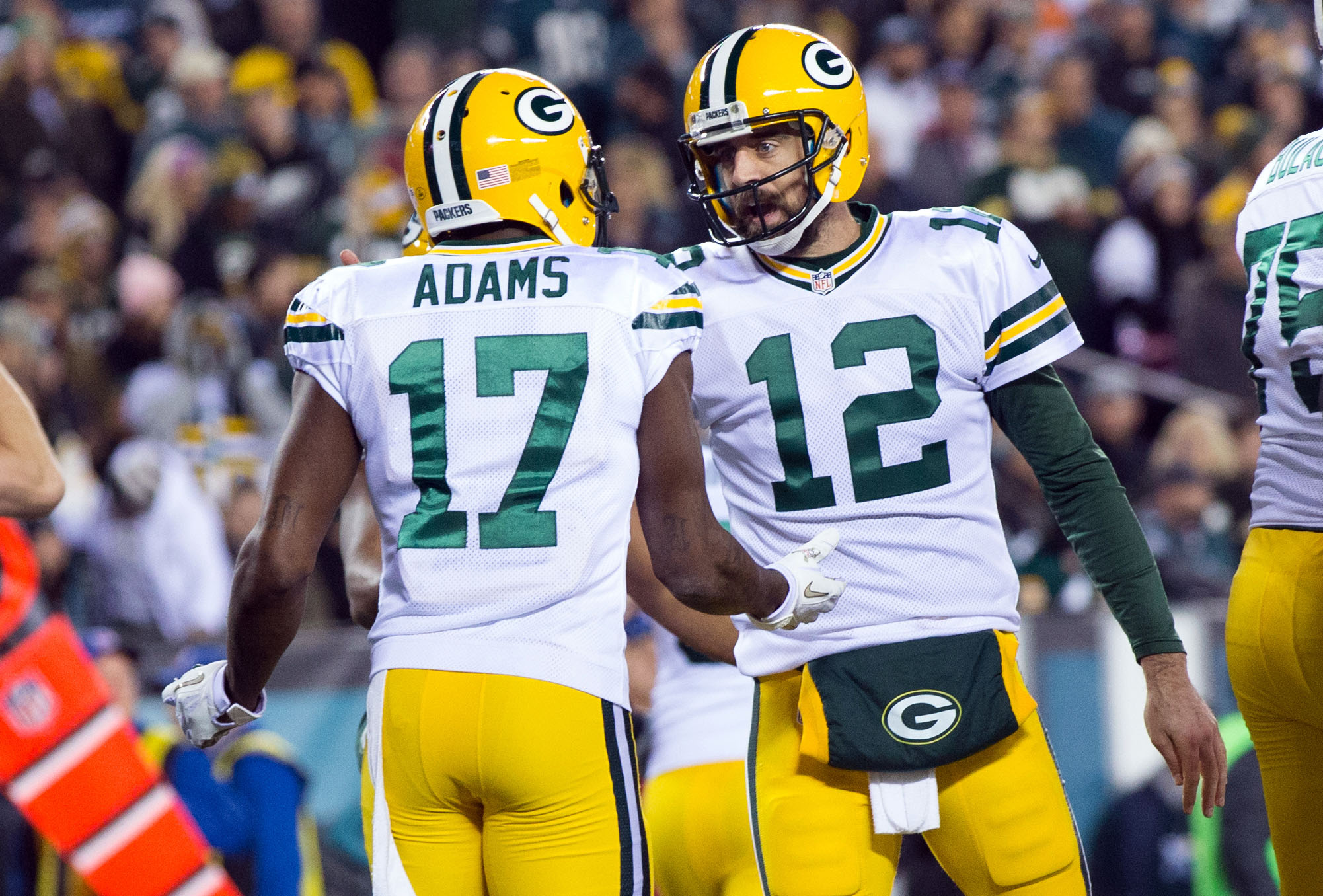 The Packers offense had an inconsistent season in 2019, ranking in the middle of the league overall in yards gained. The Packers finished 15th in rushing yards per game and 19th in passing yards. Overall, Green Bay finished 2019 ranked 15th in the NFL in points scored.

The 2019 offense was a hybrid of the system Matt LaFleur wanted to use and the things that quarterback Aaron Rodgers was best at doing under the old Mike McCarthy offense. After the draft, it appears the team is going to integrate more of the coach’s system into the offense in year two under LaFleur.

Here is a look at the five biggest questions facing the offense as the team prepares to enter training camp in a couple of months:

1. How Will Aaron Rodgers Respond?

The Packers went out and drafted Jordan Love in the first round of this year’s draft. Rodgers seems to be taking things in stride and is prepared to prove that he is still the best option for the Packers at quarterback this season and beyond.

But how will Rodgers respond over the course of the season? Will the addition of Love serve as a motivator for Rodgers or will it cause him to be less enthused about the Packers organization?

How will Rodgers deal with an offense that will be increasingly reliant on running the football and throwing out of two tight end formations and off play action passes.

In the past, Rodgers has said statistics don’t matter as much as wins. We’ll see what happens once the season starts.

2. How will Rick Wagner Fair at Right Tackle?

Free agent Rick Wagner is the favorite to take over the right tackle position from the recently departed Bryan Bulaga. Just three years ago, Wagner signed a huge free agent deal with the Lions but his play never quite lived up to that contract.

The former Wisconsin star will turn 31 in October and is signed to a two-year deal. This is his last chance to prove he is still an effective offensive tackle and revive his career possibilities.

If Wagner struggles, the Packers have several options available depending on how their late-round draft picks pan out. They can also move either Elgton Jenkins or Billy Turner to tackle or try one of their rookies at the position if they make a big impression early.

Wagner has big shoes to fill from Bulaga who was a consistent, quality tackle for nearly a decade with the Packers. The offense won’t be as effective unless Wagner can be productive and efficient at right tackle.

The Packers said goodbye to last year’s starting tight end, Jimmy Graham, prior to free agency. He is now the Bears problem. Either way, the Packers need to find an effective way to get production from the tight end position.

Jace Sternberger is the favorite to start although the second-year man out of Texas A&M has yet to catch a pass in a regular season NFL game. He did show flashes of ability in the playoffs and was a better blocker than expected. Now he will get a chance to show he is ready to start in this league.

Veteran Marcedes Lewis remains the best overall blocker of the unit and adds veteran leadership to the group. Robert Tonyan is healthy and will have one more chance to prove he can be a consistent contributor as well.

Rookie Josiah Deguara will be a wild card. LaFleur is excited about his potential but with the offseason compromised by the coronavirus pandemic, it remains to be seen how much he can contribute in his first season. Deguara will eventually line up as a fullback or an H-back or a tight end and LaFleur envisions him giving the team a lot of flexibility to run various plays out of similar formations to create confusion for opposing defenses.

4. Who Will Step Up at Wide Receiver?

Davante Adams is the top wideout but after that, there are a lot of unanswered questions. Will Allen Lazard continue to step up and be productive in his second season with the team? Can he establish himself as the WR 2?

What can the Pack expect from free agent addition Devin Funchess? Funchess played only one game last season before getting injured. What will he give the Packers in 2020?

Can Equanimeous St. Brown bounce back after missing all of 2019 on the injured reserve? Is Marquez Valdes-Scantling ready to take a big step forward and turn his top-flight speed into a consistent weapon? Where does Canadian import Reggie Begelton fit in? Can Jake Kumerow pick his game up a notch?

There are a lot of players battling for what may be fewer available spots, but the Packers need to sort out the wide receiver depth chart and provide Rodgers with consistent production from this part of the offense that struggled for most of 2019.

5. How Will the Running Backs Divide Playing Time?

The Packers enter training camp with a deep and talented group of running backs. Aaron Jones is coming off his first career 1,000-yard season and tied for the league lead in touchdowns scored. Jamaal Williams is a steady and consistent change of pace back who is a good blocker and receiver as well.

The Packers also added second round pick A.J. Dillon to the mix. Dillon is a 247-pound bull of a runner who would make a great inside compliment to the one-cut outside speed of Jones.

But how do the Packers divide the carries and the playing time? Do all three stay on the roster to start the season. Both Williams and Jones will be free agents after the 2020 season unless the Packers sign them to contract extensions. There is a lot of talent here but the Packers need to figure out how to best use that talent to make their offense successful.