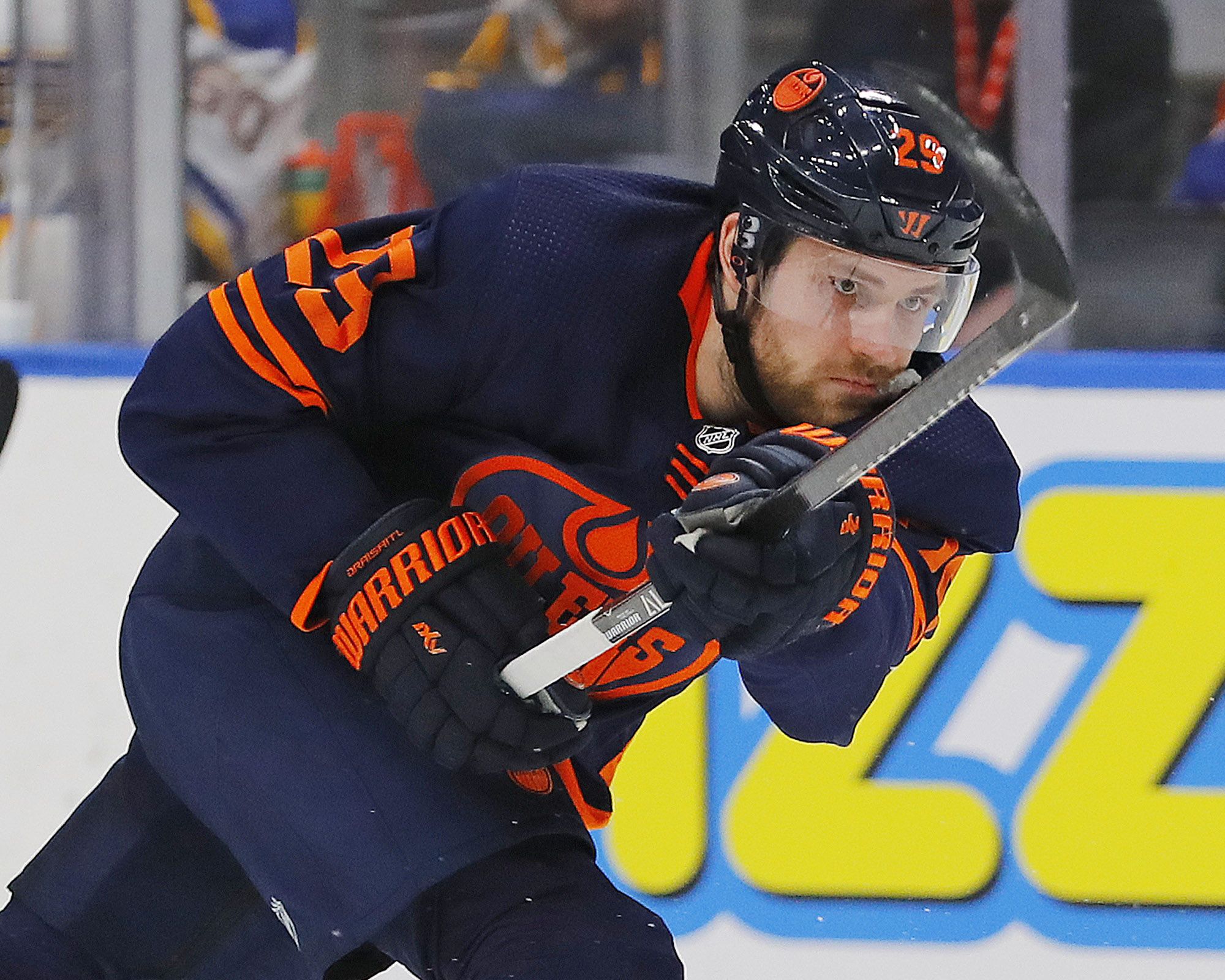 Yesterday, NHL Commissioner Gary Bettman officially ended the 2019-20 regular season. While the league is slated to return for a 24-team playoff at some point in the summer, the regular season is over if Bettman’s word is to be trusted.

In that case, Leon Draisaitl took home a little hardware on Tuesday afternoon. Draisaitl became the first-ever German to win the NHL’s Art Ross Trophy as the league’s scoring champion.

Draisaitl is just the third player in Oilers history to win the award. McDavid won the award following the 2016-17 and 2017-18 seasons, while Wayne Gretzky won the award seven times while with the Oilers.

After a terrific start to the season, Draisaitl struggled mightily in the month of December. It all changed on New Year’s Eve, when Draisaitl was put at center on a line with Ryan Nugent-Hopkins and Kailer Yamamoto. That line quickly became the best second line in the league, dominating for roughly three months before the league was shutdown due to COVID-19.

The Oilers, fifth in the Western Conference via points percentage, will face the Chicago Blackhawks in a best-of-five play-in series at some point this summer.