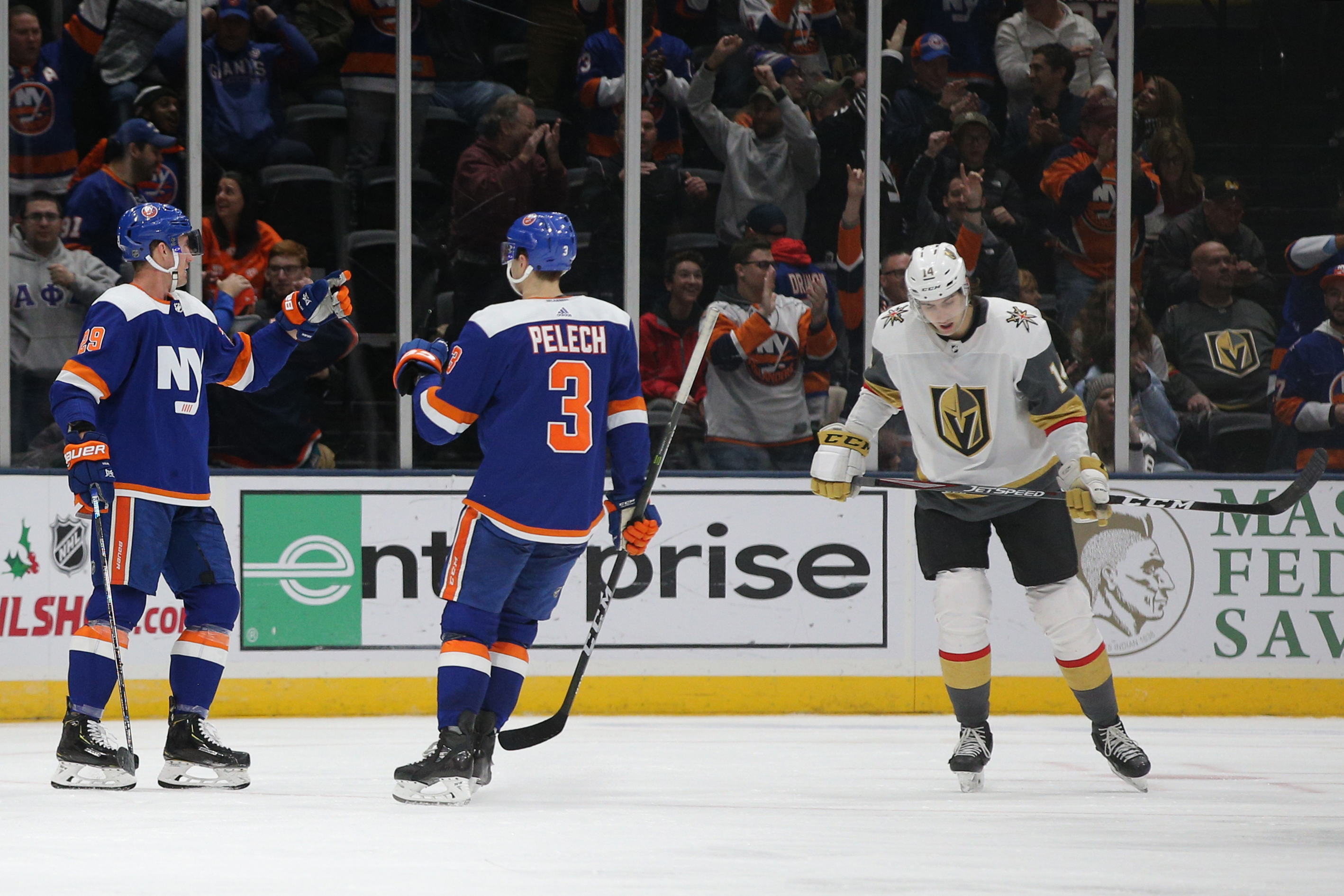 The Islanders will get an added boost whenever the NHL season resumes with the return of a healthy Adam Pelech to the lineup.  General manager Lou Lamoriello said during a conference call that Pelech would be ready to go when training camps begin and when the play-in series against the Florida Panthers commences at some point this summer.

Lamoriello says that every player will be available to the team when play could restart, meaning Adam Pelech. #Isles

Now the return of Pelech is more crucial then people think, as his production defensively has made him one of the team’s best blueliners. When he went down with a torn Achilles his absence changed the trajectory of this season for the Islanders.

A team that was once towards the top of the Metropolitan Division ended the year out of the playoff picture. However, given the circumstances, the Islanders now have the ability to rewrite the outcome of this season with a healthy Pelech.

While his return is welcomed with open arms, the Islanders now have to decide who becomes expendable on the back end. The Islanders are already carrying seven defensemen and now must decide who takes a seat for the 25-year-old defensive defenseman.

At the moment, the most logical choice appears to be sitting 14-year veteran Andy Greene, who the Islanders acquired in a trade with New Jersey before the deadline in February.

Greene’s job was to fill the hole that Pelech’s injury created when the Islanders traded for him. Greene played quite well, filling the gap as a reliable defensive-defenseman similar to Pelech.

Greene is a pending unrestricted free agent, and while there is a chance that he may re-sign with the Islanders, he is not a part of the team’s short-term or long-term future. He was acquired as a rental until Pelech was able to go.

And that is all.

If the season finished on time, Greene would have played valuable minutes in the playoffs, but that is not the case. With so much young talent on the back end in Pelech, Scott Mayfield, Devon Toews, Ryan Pulock, and rookie Noah Dobson, the 37-year old just is not needed.

Veterans Johhny Boychuk and Nick Leddy have had subpar seasons, to say the least, but they are mentors on the backend and have played crucial roles in the transition of this franchise since they were acquired back in 2014. Years later, even if their play has them lower on the depth charts, their roles are still very important.

The playoffs are a whole new animal when compared to the regular season. For an Islanders team, this play-in series gives the younger players a chance to learn what it takes and develop their skills against the best of the best in more stressful situations.

And while all the current young defenseman played in last year’s playoffs —  aside from Dobson — playing as many high-level games as possible is imperative to the continued growth of these players.

Just because Pelech is able to get back on the ice and is healthy to play, does not necessarily mean he will be game-ready when the play-in series commences. Pelech has not played an NHL game since Dec. 31 and to jump right into a pivotal five-game series is not ideal by any means.

But if the team feels he is ready to go, and he feels like he can play to the level he is accustomed to playing at he will be in the starting lineup.