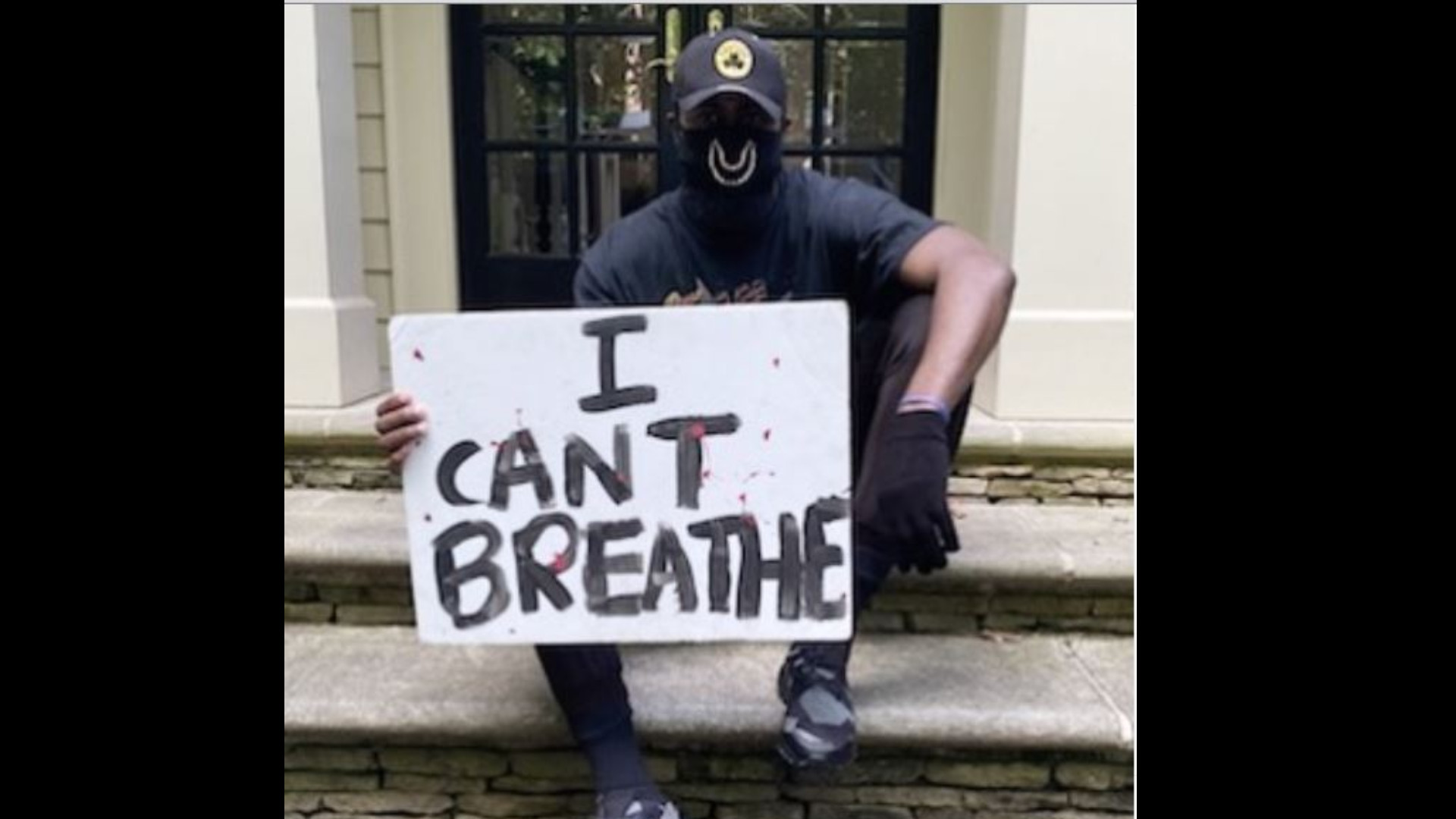 “Remember why we’re here!” Protest turns into March lead by @FCHWPO who drove 15 hours from Boston just to be here for a peaceful protest in his hometown #11Alive #bostonceltics pic.twitter.com/uhow5F2Lon

“I drove 15 hours to get to Georgia, my community,” Brown said. “This is a peaceful protest. Being a celebrity, being an NBA player, don’t exclude me from no conversations at all. First and foremost, I’m a black man and I’m a member of this community. … We’re raising awareness for some of the injustices that we’ve been seeing. It’s not OK.

“As a young person, you’ve got to listen to our perspective. Our voices need to be heard. I’m 23 years old. I don’t know all of the answers. But I feel how everybody else is feeling, for sure. No question.”

Just another reason why I admire Jaylen Brown. The man drove 15 hours to his home state to peacefully protest police brutality and social injustice.

Brown was joined in Atlanta by Pacers guard Malcolm Brogdon and other NBA players protested in Los Angeles.

On Page 2, Brian Windhorst states the obvious about Jayson Tatum.

“If Jayson Tatum is the superstar that they envisioned when they began this whole rebuilding process when they traded Kevin Garnett and Paul Pierce for all of those draft picks hoping to land a player like this, we could see ‘Glory Days’ for the Celtics again,” Windhorst said. “But it’s very much up in the air, and I’m gonna tell ya, they’re gonna have to pay him like it because after this season ends, he is going to get most likely a max contract. They’re going to bet that he becomes that player.”

Tatum is getting the 5-year extension. The only question is the exact value. As Brian Robb details in BSJ, the contract could range from $180 million – $219 million depending on the salary cap, if Tatum achieves All-NBA status next season and how the Celtics chose to designate Tatum.