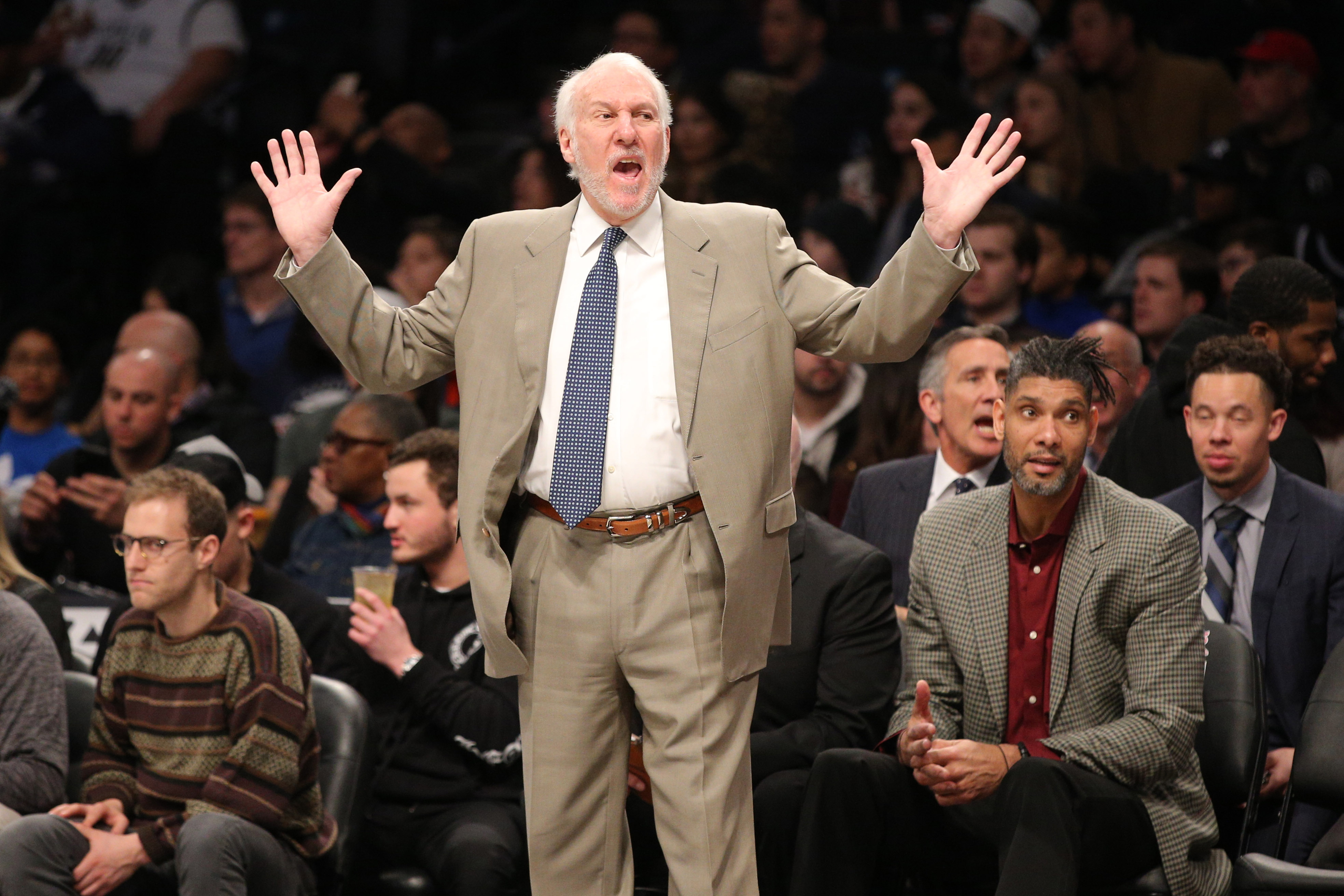 Pop’s willingness to speak out against the grain and air his political opinions are likely a big reason why he’s been able to gain the respect of his players, and develop such a close relationship with them. He often sides with them on issues that are close to their heart, as he also feels the same.

And when it comes to Trump, well, Pop has never shied away from voicing his disdain for the president. In fact, he often volunteers his opinion, which he did on Sunday, in speaking to Dave Zirin of The Nation.

“The thing that strikes me is that we all see this police violence and racism and we’ve seen it all before but nothing changes,” Popovich said. “That’s why these protests have been so explosive. But without leadership and an understanding of what the problem is, there will never be change. And white Americans have avoided reckoning with this problem forever because it’s been our privilege to be able to avoid it. That also has to change.”

“It’s unbelievable. If Trump had a brain, even if it was 99 percent cynical, he would come out and say something to unify people. But he doesn’t care about bringing people together. Even now. That’s how deranged he is. It’s all about him. It’s all about what benefits him personally. It’s never about the greater good. And that’s all he’s ever been.”

Trump is essentially in a lose-lose situation. No matter what he does, his actions will get scrutinized.