The Alternate Universe: Mets at Nationals 6-4-2020 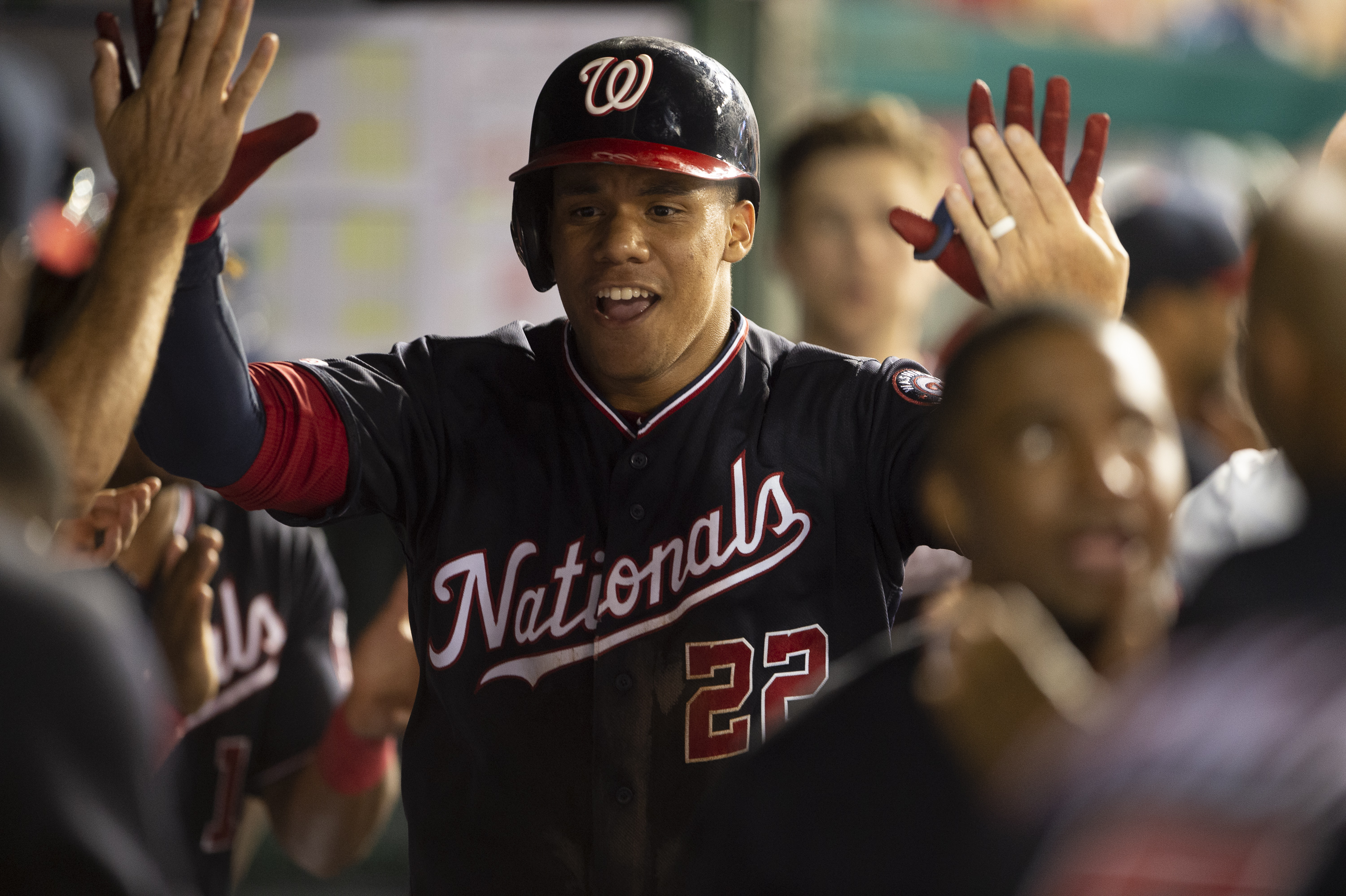 The Alternate Universe: Mets at Nationals 6-4-2020

Michael Wacha, clearly rattled by the Nationals playing highlights of Game 3 of the 2015 NLDS before the game, gave up solo home runs in the first inning to Adam Eaton and Juan Soto to give the Naitonals a 2-0 lead right off the bat. Then in the fourth, Eric Thames took a Wacha curve the other way to drive home Soto to make it 3-0. Carter Kieboom drove in Starlin Castro with a single up the middle to make it 4-0, then even Patrick Corbin got into the act with a grounder up the middle that Amed Rosario made a nice play on to get the force out, but Thames scored to make it 5-0 Washington.

The Mets threatened to get back into the game in the sixth, as Brandon Nimmo stroked an infield single to short to lead off the inning, and Corbin lost Jeff McNeil on a walk. But Pete Alonso grounded into a 4-6 force play, and Michael Conforto popped out to the infield. Wilson Ramos bounced a ball through the right side to score Nimmo to make it 5-1, giving J.D. Davis a chance to swat the Mets back into the game. Remember that Davis had two home runs off Corbin in a game last April. But Davis struck out on a high fastball to end the inning and take Corbin off the hook.

Wouldn’t you know that Starlin Castro, who hit one of those home runs off of Wacha in that playoff game in 2015, led off the sixth with another solo HR to make it 6-1 Washington, and that was it for Wacha. Brandon Nimmo knocked an opposite field single to bring home Rosario to make it 6-2, but it was window dressing as Asdrubal Cabrera got it right back with an RBI single up the middle to make it 7-2, which turned into the final score. Cabrera got a little feisty as he allowed himself a little bat flip on a single, and it didn’t look like Robert Gsellman was too pleased as the teams got together off the bench for a discussion, but nothing came of it so don’t even think about hoping that this ignites the Mets to have fire in their belly the rest of the season.

(And if you couldn’t read the sarcasm drip off that last sentence, then welcome to the website.)