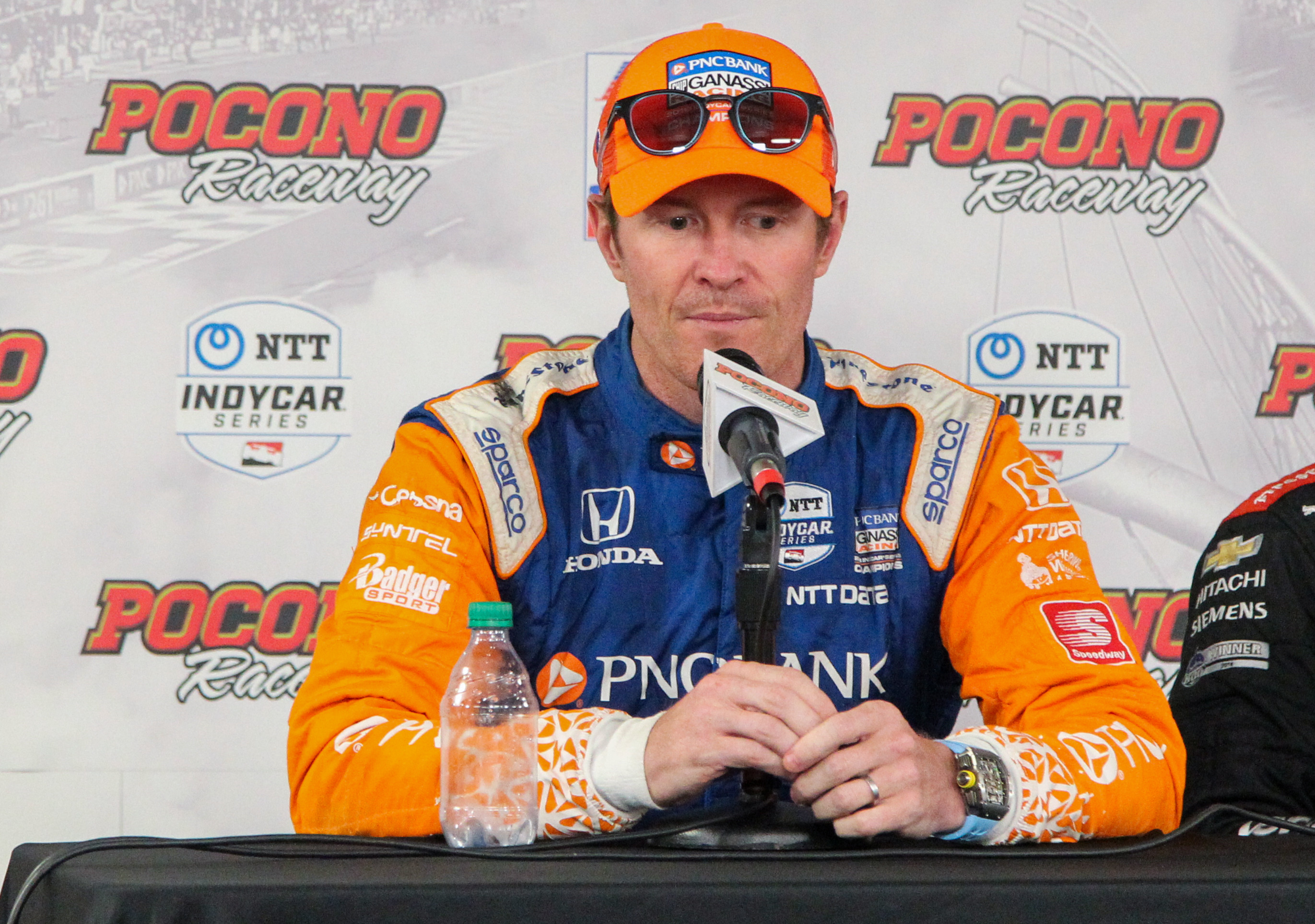 Scott Dixon of Auckland, New Zealand has won the 2020 Genesys 300 from the Texas Motor Speedway in Fort Worth, TX on Saturday. The race was the first IndyCar race held for the 2020 season, and took place without any fans because of coronavirus.

Dixon has had remarkable success at the Texas Motor Speedway throughout his IndyCar career. He has now won in Fort Worth four times, as he previously won in 2008, 2015, and 2018. All four of his wins have also been with Chip Ganassi Racing.

Dixon now has 48 career wins in IndyCar. A total of 47 of those wins have come in the IndyCar Series, and the other came in CART (Championship Auto Racing Teams). The only drivers with more IndyCar wins are A.J. Foyt of Houston, TX (67 wins), and Mario Andretti of Nazareth, PA (52 wins). Dixon also tied Foyt’s record for most seasons with a victory (18).

In Saturday’s race, Dixon was on the front row and had the second-fastest qualifying time. He was only behind Josef Newgarden of Hendersonville, TN. Newgarden, who was driving for Team Penske, was trying to continue his outstanding 2019 season where he won the IndyCar Series for the second time in three years. However, Newgarden only led 41 laps in Fort Worth, and finished the race in third place, behind Dixon and Simon Pagenaud of France. Pagenaud finished second despite not leading any laps during the race.

Dixon meanwhile led 157 of the 200 laps. The race is normally 248 laps, and 580.8 kilometers, but due to coronavirus, the practice, qualifying, and race were all held on the same day at the Texas Motor Speedway. So, as a result, the race itself was shortened by 48 laps.

The world’s best open-wheel racing drivers will not compete again until July 4. They will then be part of the GMR Grand Prix at the Indianapolis Motor Speedway Road Course in Indiana.