The Alternate Universe: Cardinals at Mets 6-9-20 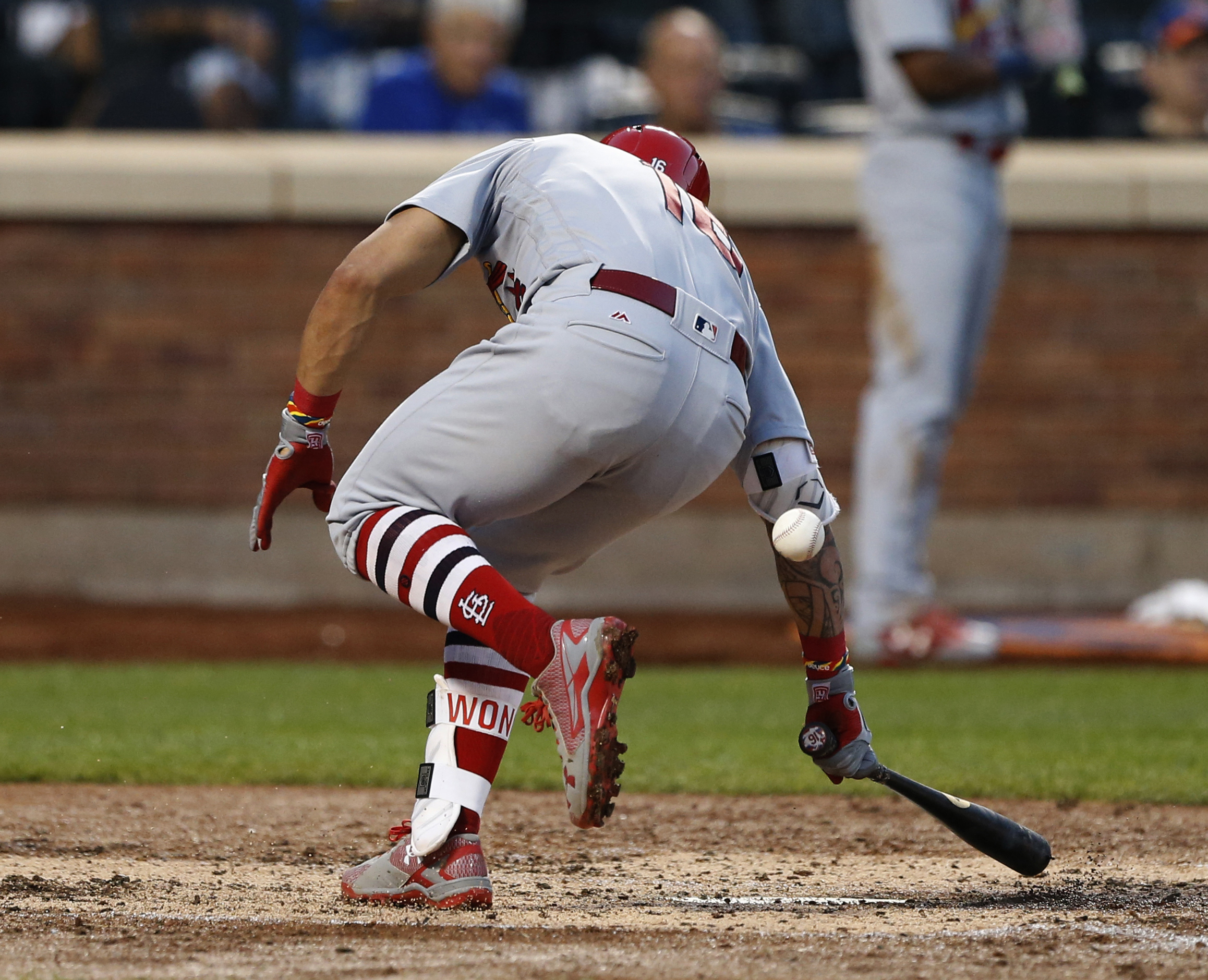 The Alternate Universe: Cardinals at Mets 6-9-20

I guess this was the night that Michael Wacha became a “True Met”?

Let’s explain. Miles Mikolas hit Pete Alonso on the wrist leading off the 4th inning. Alonso, who has already missed games after a ridiculous beaning by Madison Bumgarner, was understandably pissed. Mikolas, also understandably, was all like “what the hell, I’m just trying to throw a running fastball!” But you can also understand why the Mets were on edge after that considering that Alonso was hit 16 times last season, and missed time this season. So you got that feeling that something was going to (or if you think old school,had to) happen. And it had to happen sooner than the six months hit took to throw at Chase Utley and sooner than the year and a half it took to throw at Roger Clemens.

Enter Michael Wacha, he of the slow curve ball and the many strong bonds he formed with his Cardinals teammates over the previous eight seasons. So something was going to be awkward. But hey, better it be awkward with people that he doesn’t have to travel with, right? So Kolten Wong got plunked in the top of the 5th. It should have been over at that point, except that Yadier Molina had to go to the top step of the dugout and yell because “intangibles”.

I’ll let you draw your own conclusions on that. But the crowd at Citi Field sure as hell made up their mind on that question as they went nuts when Alonso drove a 3-0 pitch into the second deck off Mikolas to give the Mets a 3-0 lead as Wacha’s six and a 1/3 shutout innings were more than enough, especially after Justin Wilson got Wong to ground into a double play to end the 7th and send Citi into a regular season frenzy not seen since Alonso hit home run number 53 last season.

Harrison Bader’s RBI single off Edwin Diaz in the ninth made the score 3-1 and sent everyone into a palpable state, but pinch hitter Dylan Carlson grounded into a double play to end the game and send everyone home happy and evoke the days of 1985 when the Mets/Cardinals rivalry was at its very peak. Steven Matz takes the hill for the rubber match of the series in a matinee affair. So any ill will will have to be carried out in a heat index of 90 degrees, so players will really have to decide whether heat exhaustion is worth throwing a punch.