The Alternate Universe: Nationals at Mets 6-13-20 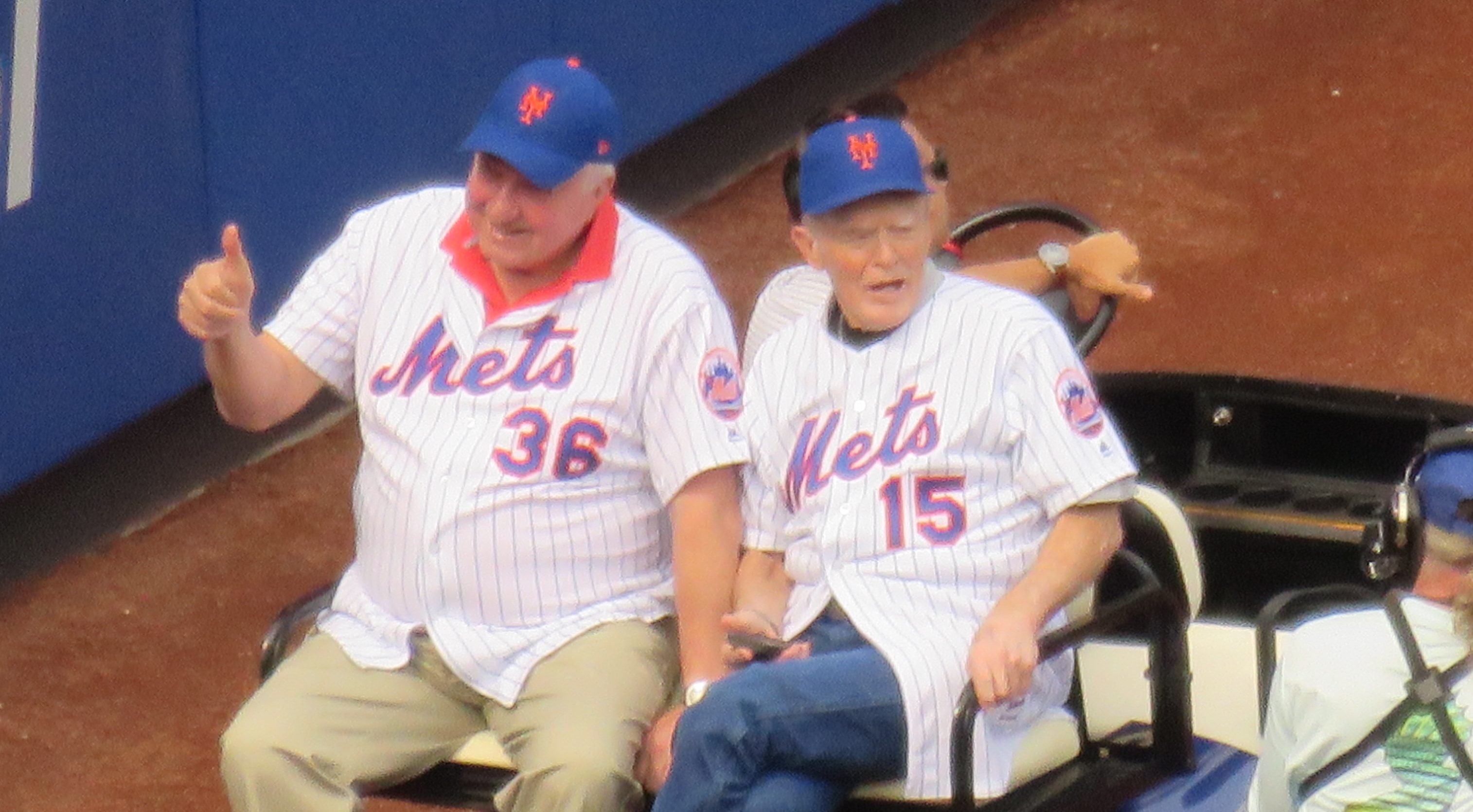 The Alternate Universe: Nationals at Mets 6-13-20

“It never occurred to me when I started this journey of baseball, that it would culminate at the age of 77, with my number on a wall forever. I’m so grateful to have had the opportunity to play this great game and to play it here, in front of the greatest fans in the world. Thank you for your support, thank you for your love, and thank you for all you’ve given to me and my family. Let’s go Mets!”

And with that, Jerry Koosman threw one final pitch to Jerry Grote, just as he did to close the 1969 season. The hug at the end came not with a leap like it did in ’69, but with Koos putting his head on Grote’s head. The best touch, obviously, was Cleon Jones standing in left field and going to a knee after the pitch was caught by Jerry. All that was missing was Davey Johnson hitting a fungo to Cleon to more accurately recreate the moment, but you can forgive Davey for not wanting to relive this particular Flushing memory.

The hope is that every season ends in a replication of the leap into Grote’s arms. When you have pitchers like Jacob deGrom, your chances increase, and deGrom might very well be that guy this season. There’s a long way to go, but deGrom’s eight innings of work took another step towards that goal. He struck out ten, gave up one run on four hits and two walks, and pumped it up to 110 pitches today to get the job done.

Steven Strasburg missed the last start against deGrom with the flu, but he made it to Citi Field and, perhaps with the after effects of the flu still weighing on him, was tagged for a couple of runs in the sixth on a two run single by Jeff McNeil, and in the 7th on a homer by Wilson Ramos. Three runs in six and 1/3 after a flu is no less impressive because deGrom was on point today.

A Yoenis Cespedes two run HR off Roenis Elias later in the inning put the Mets up 5-1, and then another RBI single in the 8th by McNeil off Ryne Harper made it 6-1 going to the ninth. Now every time the Mets turn a blowout into a nail biter, televisions get thrown, phones get kicked, internet access gets cancelled … so when Walker Lockett gave up a two straight home runs to Yan Gomes and pinch hitter Howie Kendrick, you could smell the chemicals of broken media players everywhere. But Lockett turned away the top of the Nationals order 1-2-3 in a situation where one more hit would have brought in Seth Lugo.

There was no leap after the last out. Only relief.