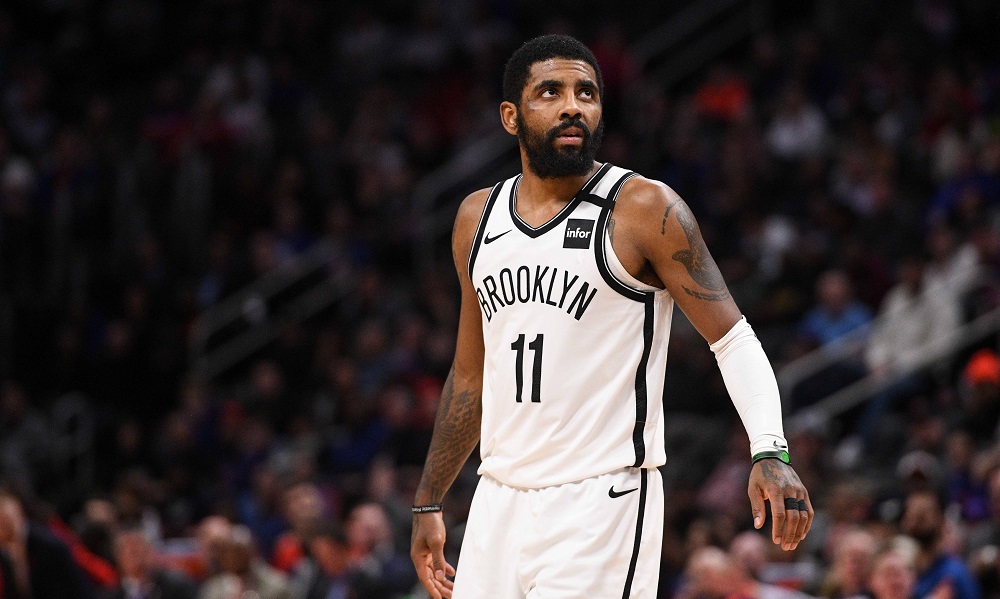 If you’re a “stick to sports” person, sorry, you’re out of luck today. Simply put, sports and society have become more entwined than perhaps ever before. We can’t avoid it.

Last week, the National Basketball Players Association executive committee and its board of representatives approved the league’s 22-team, return-to-play format to be held at the Walt Disney World Resort in Orlando, Florida, in late July.

The complaint, privately expressed by multiple players, is that every player’s voice wasn’t heard for this critical and potentially life-changing vote, sources said. […]

“What message are we sending by agreeing to this during this time?” a black player told Yahoo Sports. “We’re out here marching and protesting, and yet we all leave our families in these scary times and gather to perform at a place where the owners won’t be at? What type of sense does that make? We’ll be going backwards. That place isn’t that magical.”

Yahoo: Sources: Significant number of players disappointed about not having a vote regarding NBA’s return

Just one week ago, it appeared the NBA was headed toward resuming its season. All the kinks were being worked out and it seemed like we’d be watching games again starting July 31. In this space, we were almost giddy. But what began March 11 as a cautious response to a pandemic has evolved into a much bigger discussion since the killing of George Floyd on May 25.

As we should have known, the crises and upheaval in the rapidly changing real world of 2020 have deeply affected many NBA players. The new civil rights movement currently exploding across America is obviously important to a league with a majority of black players. Another thing: it’s difficult to get any group of 450 people to agree on anything, especially strong-willed individuals such as NBA athletes. Put all that together and suddenly the resumption isn’t looking so likely.

This all came to a head Friday afternoon and evening when it became known that the players were not all on the same page. Some perspective:

There's no singular conversation driving discussion among players now: It isn't just the Black Lives Matter movement, or the coronavirus, or bubble limitations, or family concerns, or risk of injury, or money. Many players are discussing and weighing it all. https://t.co/2fqmUfgbNx

Of course The League REALLY wants to play. The people voting from that side take no personal health risk and get major financial gains by playing. That's why you have to be wary of believing anything is as good as they make it sound.

The cynical read on what happened between the NBA and the NBPA is that ownership jumped the gun on announcing a return because they knew that put the onus on the players to agree, and that if they didn't, valid reasons or not, fans would solely blame them.

A week ago, Kyrie voted to support to Orlando plan, but Celtics fans well know he is prone to changing his mind.

Irving, 28, has forged a reputation as a disruptor within his career, and that’s emerging again at this crucial moment for the NBA. Irving’s stance has pitted him against the league’s establishment, including his former Cavaliers teammate LeBron James, once again. There’s significant support to resume the season among the league’s superstars — most of whom are on playoff contenders — and Irving seems to be relishing the clash.

A report about the conference call noted that former Celtic Avery Bradley was among the most outspoken.

However, there is now a group of players looking to take a stand by not playing in the league’s intended resumption and their primary reason for doing so would be in support of the nationwide movement fighting for social justice reform. […]

Sources tell The Athletic that a group consisting of 80-plus players — including NBPA Vice President Kyrie Irving, NBPA president Chris Paul, Kevin Durant, Carmelo Anthony, Dwight Howard, Donovan Mitchell and Avery Bradley — discussed finding unity and a way to attack a cause amid the nationwide unrest stemming from racial injustice, systematic racism and police brutality as well as what the world continues to face during the coronavirus pandemic.

Bradley, the Lakers guard, was the second person to speak on the call after Irving and was vocal throughout, urging players to take a stand and utilize this moment to “play chess, not checkers,” those sources said. […]

Paul and Nets guard Garrett Temple, who are with Irving on the NBPA leadership board, provided insights on Friday’s call.

Several points were made on the call, according to sources:

— Anthony stressed unity, having a sole message and allowing the young players in the NBA a voice. At one point, Anthony suggested having all 80 players on the call donating $25,000 to a cause that they wanted.

—Mitchell expressed concerns about playing due to “being behind the 8-ball” having not played five-on-five and being thrust into a competitive environment and eight-game regular season. “We’re taking a big risk,” Mitchell said.]

— McCollum stated that players must be prepared for the financial dip if they choose not to play, and owners completely ripping apart the collective bargaining agreement.

— The NBPA’s leadership stated it is believed no fans will be permitted into games for the entire 2020-21 season.

— Howard stressed to players that playing in Orlando will become a distraction from the issues the country is facing, and that they need to unify and use this moment to create a change.

—Mitchell expressed concerns about playing due to “being behind the 8-ball” having not played five-on-five and being thrust into a competitive environment and eight-game regular season. “We’re taking a big (injury) risk,” Mitchell said. Mitchell is up for a maximum contract extension this summer.

The call, which lasted an hour and forty minutes, focused on the role players could play in combating systemic racism, investing in black communities and sticking together through this process, sources said.

Irving made it known he was strongly against going to Orlando, Florida, to resume the season, opting instead to work on the frontlines in his community to focus on racial oppression and systemic racism in the aftermath of George Floyd’s homicide, sources said.

However, later in the call, Irving said he would stand with the group and travel to Disney World in Orlando if the players agreed that was the right call, sources said.

No Boston players were mentioned as having participated, although that doesn’t mean there weren’t any. That’s an angle to be pursued by Celtics beat writers when they next interview individual team members.

Anyway, we know the concerns of the “rebels,” now what about the players who support the Disney World plan? They clearly want to compete, but money is a motivating factor, too.

Several high-profile players have been communicating with others en masse about the financial and practical implications if they don’t play, sources said. If there are no more games, the owners can and will likely activate the force majeure clause and re-open the collective bargaining agreement, and the players would have little leverage with the owners because of how the economy has been impacted by the COVID-19 pandemic.

Every business deal the league has will be up for renegotiation, which could be a nightmare for players because of the way revenue has risen over the last several years. The salary cap is already expected to take a dip this offseason due to the postponed season.

To recap, one week ago the immediate future of the NBA seemed pretty much set. Today, that’s in doubt. A week from now, who knows? The only thing certain is that the NBA as we’ve known it won’t be back any time soon.

The Athletic: Why LeBron James wasn’t on Friday’s NBA player call about Orlando concerns (he wants to play)

You probably haven’t thought of him lately (good!), but Kyrie was trending on Twitter all last night for his role in questioning the NBA’s plans. Here are some random examples of what people were saying. As you might expect, opinions were all over the place.

Kyrie Irving on players call Friday, per sources: “I’m willing to give up everything I have (for social reform)."

For as much as everyone shits on him #onhere, Kyrie Irving being able to get about 200 players together to express their concerns about a return to play is pretty awesome. Wonder how this goes 🧐

I do understand where Kyrie Irving is coming from, but at the end of the day if he has KD and was the 1st seed, he’d want to keep playing.

Kyrie Irving, who can’t even play right now anyway, leading a potential fight to stop the NBA from playing.

In case anyone needed anymore reason to dislike him. https://t.co/dJs609oOwy

I MISS BASKETBALL MORE THAN ANYBODY!!!

But Kyrie Irving is right… Ahmaud, Breonna, Floyd and many more will never watch another game! I'm okay with waiting a little longer so we can put in work in our communities. ✊🏿👏🏿🙌🏿

Look at the difference pic.twitter.com/KLBhAifFP3

Before all the poop began hitting the fan yesterday, the NBA released an adjusted and more detailed set of dates for the resumption of the season. These will certainly be moot if all the sides can’t find common ground.

Boston Sports Journal: Ranking the Ainge trades: The best of the best (No. 5-1)