WWE Backlash 2020 Review And Results: Edge And Randy Orton Compete In "The Greatest Wrestling Match Ever" 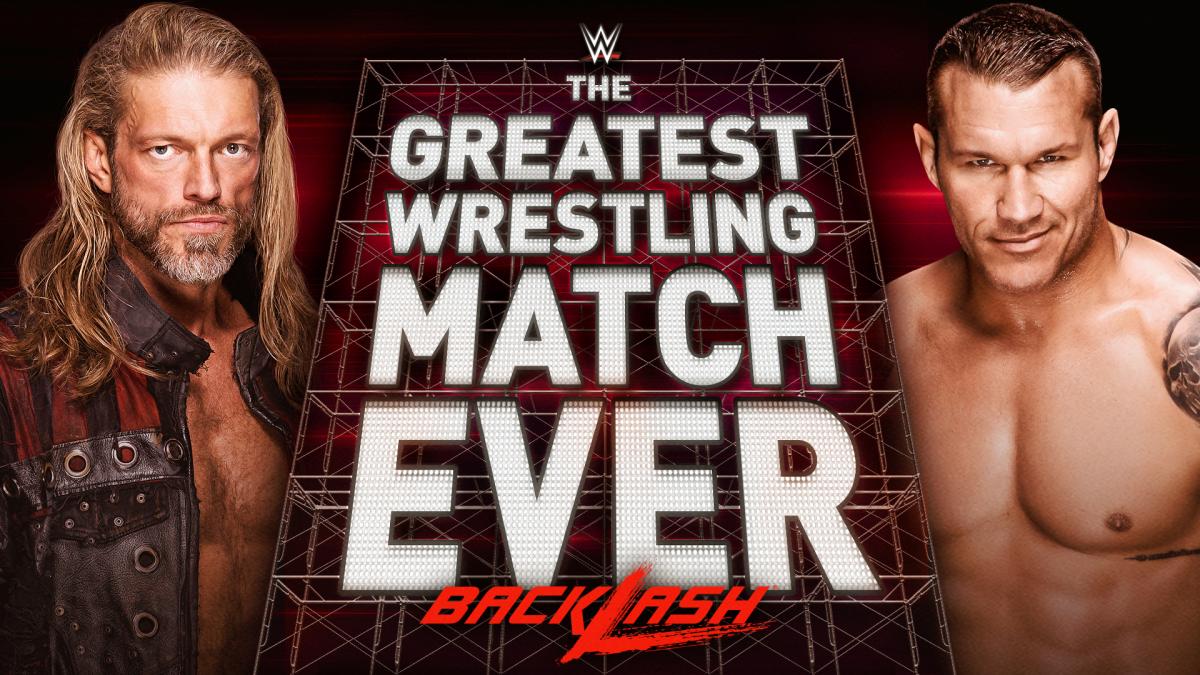 WWE Backlash 2020 Review And Results: Edge And Randy Orton Compete In "The Greatest Wrestling Match Ever"

WWE Backlash 2020 took place at the Performance Center in Orlando Florida. The show featured matches including the match labeled as “The Greatest Wrestling Match Ever” Randy Orton vs. Edge, Drew McIntyre defending the WWE Championship against Bobby Lashley, and Braun Strowman defending the Universal Championship in a two on one handicap match against The Miz and John Morrison.

Kayla Braxton interviewed Sasha and Bayley before they come out for their match. Bayley refers to herself as “Bayley Dos Belts.” Kayla asked them if they lose their match, will it affect their friendship. Sasha said nothing can tear them apart. Bayley rips into Kayla as Sasha came out for her entrance, telling her she know Kayla is trying to put a strain on their friendship. She is confident that they will walk out still with the belts around their waists.

The time has come and gone for words.

Kayla Braxton tried to interview Miz and Morrison backstage until they brushed her off. She told them that the winner of the Universal title match will be the sole champion. They are surprised by it but claim that it will not matter when the title is in their hands. Otis came up to them to warn that he might cash in on whoever walks out as the Universal Champion.

Nia Jax vs. Asuka Ended In A Double Countout

Lana confronted MVP when he was on the phone. Lana reminded MVP that Lashley has been waiting for this night for 13 years and to not ruin it for him. MVP said he is getting things ready for the celebration of Lashley’s eventual title win.

Before their match, Miz and Morrison present their music video “Hey Hey Hey” as they are in the ring. Strowman interrupted the video, coming out for the match.

Kayla Braxton interviewed the new Intercontinental Champion AJ Styles. She congratulated him on the win. He announced that he is going to have a celebration on the next SmackDown. He said he wants Daniel Bryan to be there too.

What happens when two absolute 𝙢𝙖𝙘𝙝𝙞𝙣𝙚𝙨 collide at #WWEBacklash for the #WWEChampionship?

The Street Profits and The VIking Raiders brawled in the parking lot. Erik gets thrown into Braun’s car, cracking the windshield. They continue fighting backstage. The Street Profits had golf clubs and The Viking Raiders had a sword, shield and a bowling bowl. They decide to put them down, continuing the brawl. Ivar rolls the bowling bowl into Ford. Ivar checked up on Erik who was down. Dawkins collided into Ivar, breaking through a glass window. They were about to continue fighting until Akira Tozawa showed up with a ninja motorcycle group. The Profits and The Raiders team up to take out Tozawa and his gang. They back off as they see a bigger ninja that Akira brought out. They argue on top of the production truck until they fall into a dumpster. Female referee, Jessika Carr, looks at them in the dumpster and tells them that their match is supposed to be next. She tells Ivar that he’s cute. They freak out when an alligator showed up in there with them.

#TheViper @RandyOrton is ending this match the same way he started it.

The show ended with Edge trying to get up as he refused to be put on the stretcher and Orton watching on from the stage.

Review: This was a pretty good show. I would say the main event really overshadowed everything else on this show. Edge and Orton was easily the best match on the show. The takeaways from this match was that I felt they used too much of other people’s moves. When they used Eddie Guerrero’s move, Angle’s finisher and Christian’s finisher, it was cool to see. Then, they used Triple H and The Rock’s finisher and it was kind of getting too over done. The other thing that it went on a little too long, not as long as their WrestleMania match but some things could’ve been left out. Otherwise, it was a hell of a match.

The Street Profits and Viking Raiders segment caught me off guard. I didn’t expect them to have a cinematic segment but to just have a tag match. Honestly, it makes sense that it was as goofy as it was. At first, I thought it was dumb but the feud wasn’t serious to begin with. This was dumb but it was funny dumb. It just wasn’t as great as the cinematic segments in the past.

I wasn’t expecting much of the two world title matches. Braun’s match was what it was. I wasn’t taking that match seriously either because it was just a filler feud for Braun. It wasn’t great but wasn’t as hard to sit through due to my prior expectations. McIntyre’s match was the better title match. That one botch with Drew landing on his head when he was on Bobby’s shoulders was scary though. That was probably the only takeaway from the match. The match wasn’t much and didn’t seem to be as important overall.

I didn’t expect Asuka and Nia Jax to end on a double count out. The match itself was pretty good. The two of them always had good chemistry with each other especially during their NXT days.

The Hardy and Sheamus match was an okay match. It looks like the feud is going to continue and Sheamus needed a win to keep himself looking somewhat strong with this rivalry.

The Women’s Tag Match was a good way to kick off the show. All the competitors worked their tail off here.

With that said, these are the results with my two cents on WWE Backlash 2020.