An away game for the Ford Ranger, at last 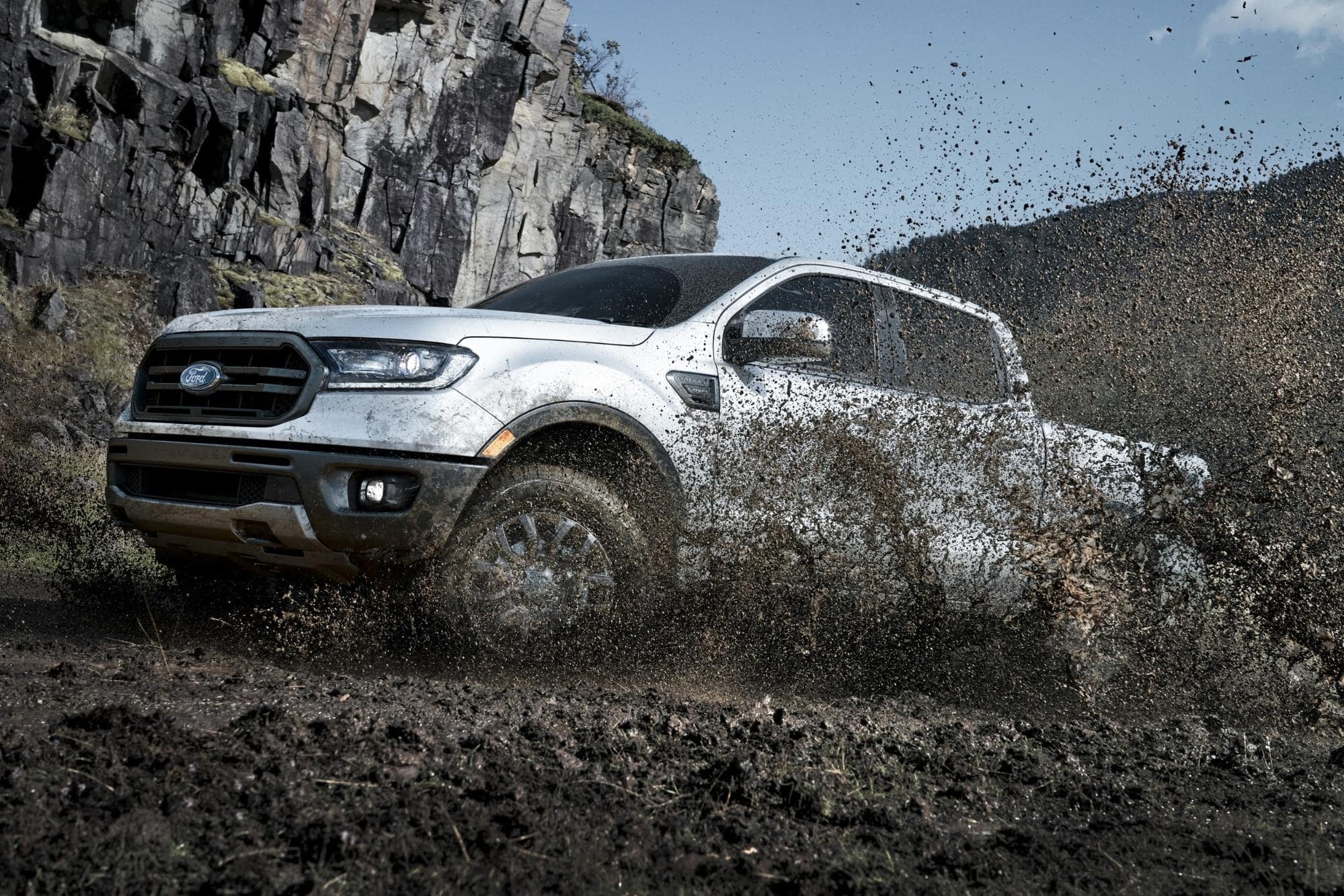 An away game for the Ford Ranger, at last

While it has been doing a tour of the world over the last decade, Ford’s midsize pickup has never stepped foot on American soil, until now. The Ford Ranger has been winning awards internationally as an extremely capable midsize pickup and, in 2019, it made its way over to the USA to try to earn a few more trophies for its showcase.

All kitted out for the competition

The Ranger definitely comes prepared to play with the big boys like Toyota’s Tacoma and the Colorado from Chevrolet. Beneath the hood of this handsome machine is an EcoBoost 2.0-liter  turbocharged four-cylinder developing 270 horsepower and with 310 lb-ft of torque to play with. The powertrain comes mated to a refined ten-speed automatic gearbox. And, while there is a standard rear-wheel drivetrain, you can have four-wheel-drive for when you want to get down and dirty in the mud.

All this power enables the pickup to handle even the toughest jobs. Unladen, the Ranger is quite athletic, able to make the 0-60 mph sprint in less than seven seconds. And, if you want to test just how brawny it is, feel free to make it lug around as much as 7,500 lbs. Depending on the cargo bed you choose, you can store up to 51.8 cubic feet of gear, with a maximum payload capacity of 1,860 lbs.

Enough bling for the afterparty

The rugged truck doesn’t just prove itself out on the field, though. It’s just as capable of moving in high society. Cloth or vinyl may dress the interior of the base model, but genuine leather is available on the upper trims. And it doesn’t lack in terms of features, either. Climate control is dual-zone, and the front seats get heating; there are multiple power points and a large infotainment touchscreen with smartphone integration. Sound is channeled through a Bang & Olufsen sound system with ten speakers to make the cabin quite luxurious.

This heavy hitter doesn’t forget its cup either. Even the base-spec models ship with forward collision avoidance systems and the prerequisite rearview camera. If that isn’t enough for you, a few upgrades will unlock adaptive cruise control, pedestrian detection, a lane keeping aid, and all-round parking sensors.

Does it deserve a spot on your roster?

Adding a Ford Ranger to your team can be quite affordable, assuming you’re willing to stick to the more spartan lower trims levels. In its base XL guise, the truck has a starting MSRP of just $24,410 for a new purchase. But, if you want everything the midsize truck has to offer, you’ll have to pony up quite a bit of extra dough – upwards of $38,500 depending on options. But, for what the top-tier Lariat offers, it does seem a little overpriced in comparison to the competition. However, it does boast quite impressive fuel economy, with top mileage figures of 21/26/23 mpg across the city/highway/combined cycles.

Despite making a pretty good showing, the Ford Ranger just doesn’t seem like it was meant to excel in the American market. It certainly has the power to keep up with its rivals, and it can match them in tech, too. But, for a country that has high expectations for its pickups and wants the best value for their money, the Ranger just doesn’t quite hit the mark.