Packers CB Jaire Alexander Seeks to Become One of the Best 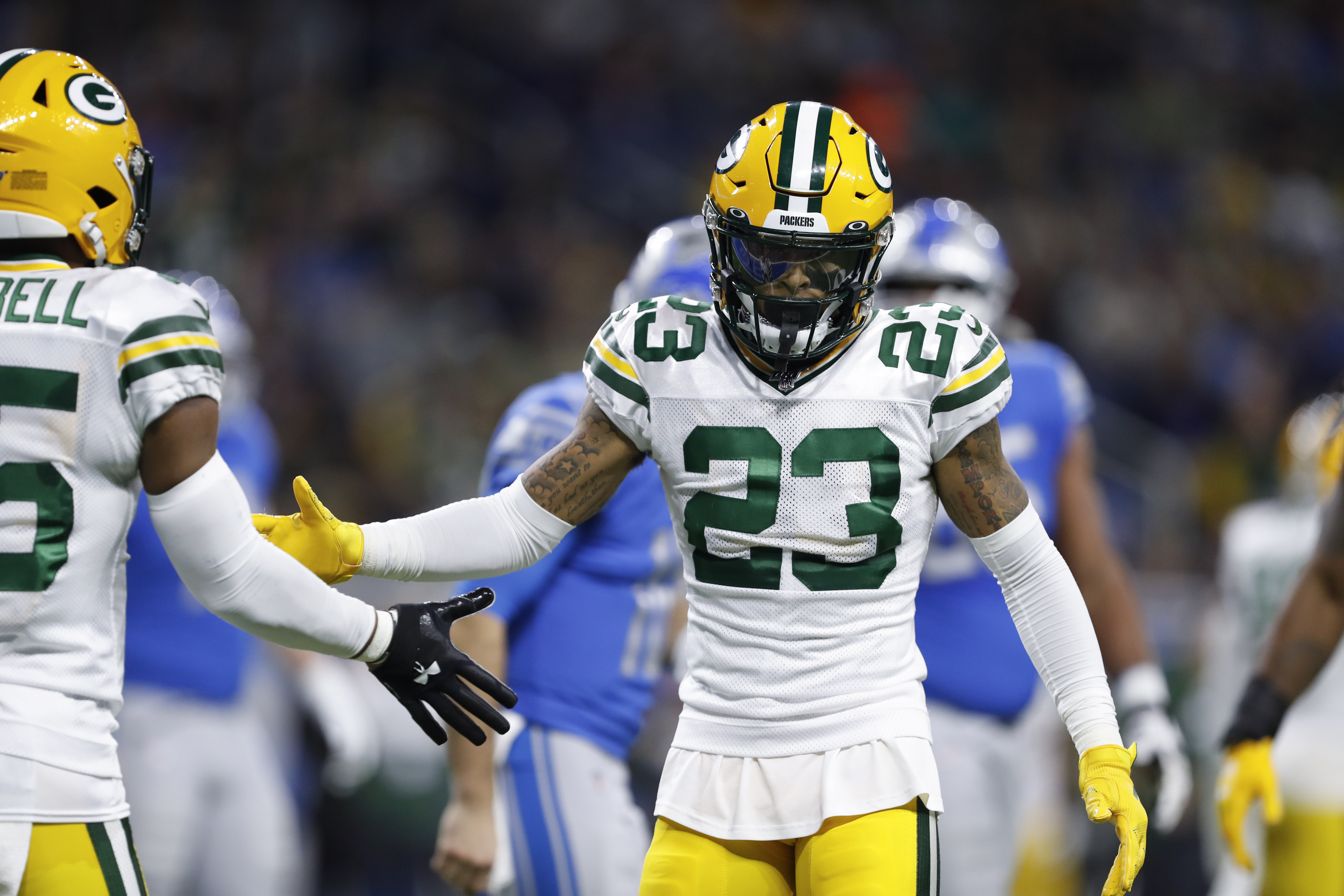 Packers CB Jaire Alexander Seeks to Become One of the Best

Jaire Alexander is the Packers undisputed number one cornerback as the Packers prepare for the 2020 season. The former first round pick out of Louisville is entering his third season and has the potential to become one of the league’s elite players at his position.

His coaches clearly see what Alexander can do. The Packers new defensive backs coach, Jerry Gray told reporters how excited he was about Jaire’s future when speaking on a conference call last week.

“You got a very young, energetic guy who made a lot of plays last year on a really good defense,” Gray said. “When I look at Jai, he reminds me a lot of Samari Rolle when I had Samari in Tennessee. They weren’t really big guys but they were physical. They got really great cover skills and excellent ability to see. A lot of time, guys don’t have that vision to see the quarterback and the receiver at the same time. DeAngelo Hall had that. When you got guys who have that type of skill, that’s a big plus.”

Defensive coordinator Mike Pettine also likes the work ethic he sees from Alexander. “It’s not a surprise that he’s playing at the level that he is,” Pettine said late last season. “You see him in the meeting room, he comes in and it’s obvious that he’s watched film. He’s asking the right questions. He wants the challenge.”

Alexander made a good impression during his rookie season but took his game up a notch in 2019. Opposing quarterbacks completed just 53.6 percent of their passes when they threw at the Louisville alum in 2019, down from 64.8 in his rookie season. Quarterbacks’ yards per target when throwing at Alexander also went down from 9.0 in 2018 to just 7.6 in 2019 according to pro-football-reference.com.

The Louisville alum is confident, brash and not afraid to talk on the football field. Like most good NFL cornerbacks, he also has a short memory. What’s more, Alexander loves a challenge. He enjoys the challenge of taking on opposing teams’ best receivers.

“I enjoyed it. It was fun,” Alexander said last season. “That’s something that every corner wants to follow the best. I don’t know why you’re playing the game if you don’t want to.”

But the one area Alexander needs to improve upon to take his game to the next level in interceptions. He made only one pick in his rookie season. In 2019, he intercepted two passes, hardly the kind of numbers that get you Pro Bowl recognition.

In addition, Alexander tied for the league lead with four dropped interceptions according to Pro Football Focus.

Alexander knows he needs to improve in this area in order to take his game to that elite level. “I’m understanding that had I caught three, four picks that I was supposed to, took some to the house, we might be in a different story,” Alexander said late last season. “But I didn’t. Do you know what I’m saying? That would’ve propelled me, but in knowing that, it’s just so much room for improvement and that’s what I’m more excited about, you feel me? Because I’m going to make those plays.”

Quarterback Aaron Rodgers has faced Alexander in practice for two seasons now and he is impressed by the young corner’s ability. “You have to be very accurate and smart about the type of ball and type of air you put on certain routes, because they’re really good when the ball’s in the air,” Rodgers explained. “Ja is fast; he’s faster than Kev. But he can really go and track the ball in the air. And then Kev is just so physical. I think the thing that separates them from maybe other corner tandems is the football IQ, just understanding route concepts and break points and tendencies.”

Alexander still has the potential to become one of the elite cover corners in the game. He is still just 23-years-old even though he’s entering his third NFL season. He works hard in practice and truly seems to enjoy playing football.

One man Alexander managed to impress is Patriots head coach Bill Belichick, long considered one of the greatest defensive minds in the game. “This guy is a really good football player, and I think he’s got a great future in the league,” Belichick said of Alexander when the Pats were preparing to take on the Packers in 2018. “I think he’ll be one of the top corners in the game for quite a while here.”

Alexander is eager to prove him right.