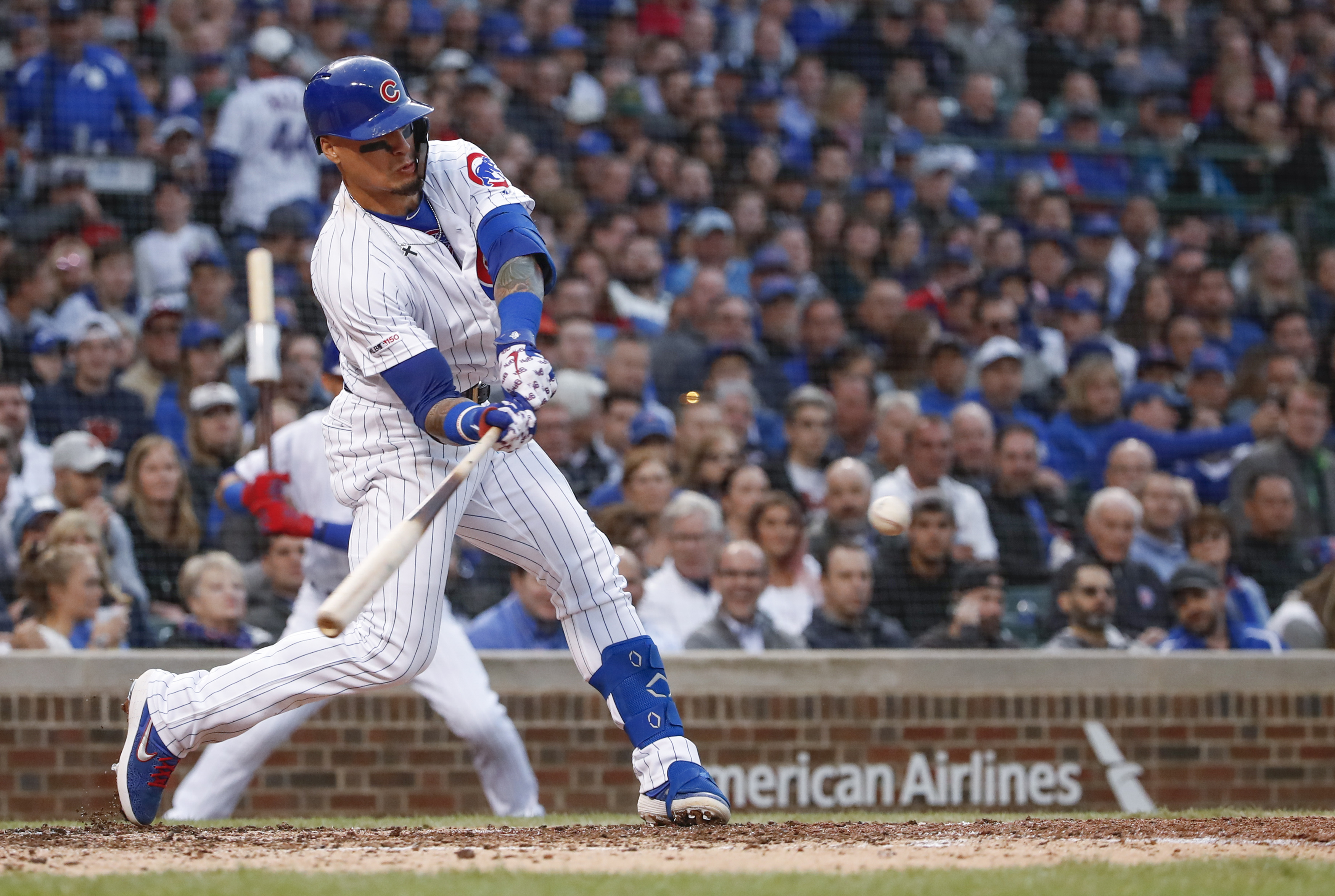 While the Mets spent their off day in LaGuardia Airport being delayed on the way to Chicago (Really, Jeffy? There was nothing in Teterboro?), the Cubs spent their off day shocking the world by giving $250 million to Javier Baez, with incentives that could push it to $350 million. First off, how the hell did the Cubs come up with $100 million worth of incentives? A dollar per blind tag? Second, I guess we know why the Cubs were holding their resources close over this off-season. They gave all their coin to, perhaps, the smartest player in baseball. Good for them, as they chose a spectacular player to give their cash to.

It must have explained why Jeffy was choking on his Turkey & Artichoke Bomba at Osteria Fusco yesterday after Pete Alonso walked by and said hello.

It could also have explained why Baez had such a good day against the Mets on Tuesday night. Baez’s three run triple in the third off Michael Wacha sent the Cubs flying. It also sent the mind of the Met fan into a frenzy as Michael Wacha’s career ERA against the Cubs is such common knowledge that all of New York played number 650 to try to win some money. (Unfortunately, the New York evening number was 580, which was his career ERA in Wrigley Field, which isn’t much better.) So you knew that once the spigot opened, the water would gush.

And gush it did. Kyle Schwarber went oppo on the very next pitch made it 5-0, and Jason Kipnis’ two run homer in the fourth made it 7-0 and sent Wacha to the dilapidated Wrigley showers. Walker Lockett came in and poured liquid on the fire, but unfortunately that liquid was mercury, as he gave up a single to Ian Happ, walked Kyle Hendricks (yes … walked the opposing pitcher), a swinging bunt single to Anthony Rizzo, and a three run double to Kris Bryant to make the score 10-0 in a game so bad that Islander fans were happy to have watched their team lose the Stanley Cup in six games to the Golden Knights.

Baez wasn’t done, as his between his legs tag of Amed Rosario in the 6th as Amed tried to stretch a single to a double took the crowd’s collective breath away, while his solo homer in the 7th made it 11-0, making his $250 million contract worth it on the first damn night (insert Jason Bay joke here.) With Baez 5-for-9 with a home run against Steven Matz lifetime, perhaps his incentives will kick in by Thursday morning.