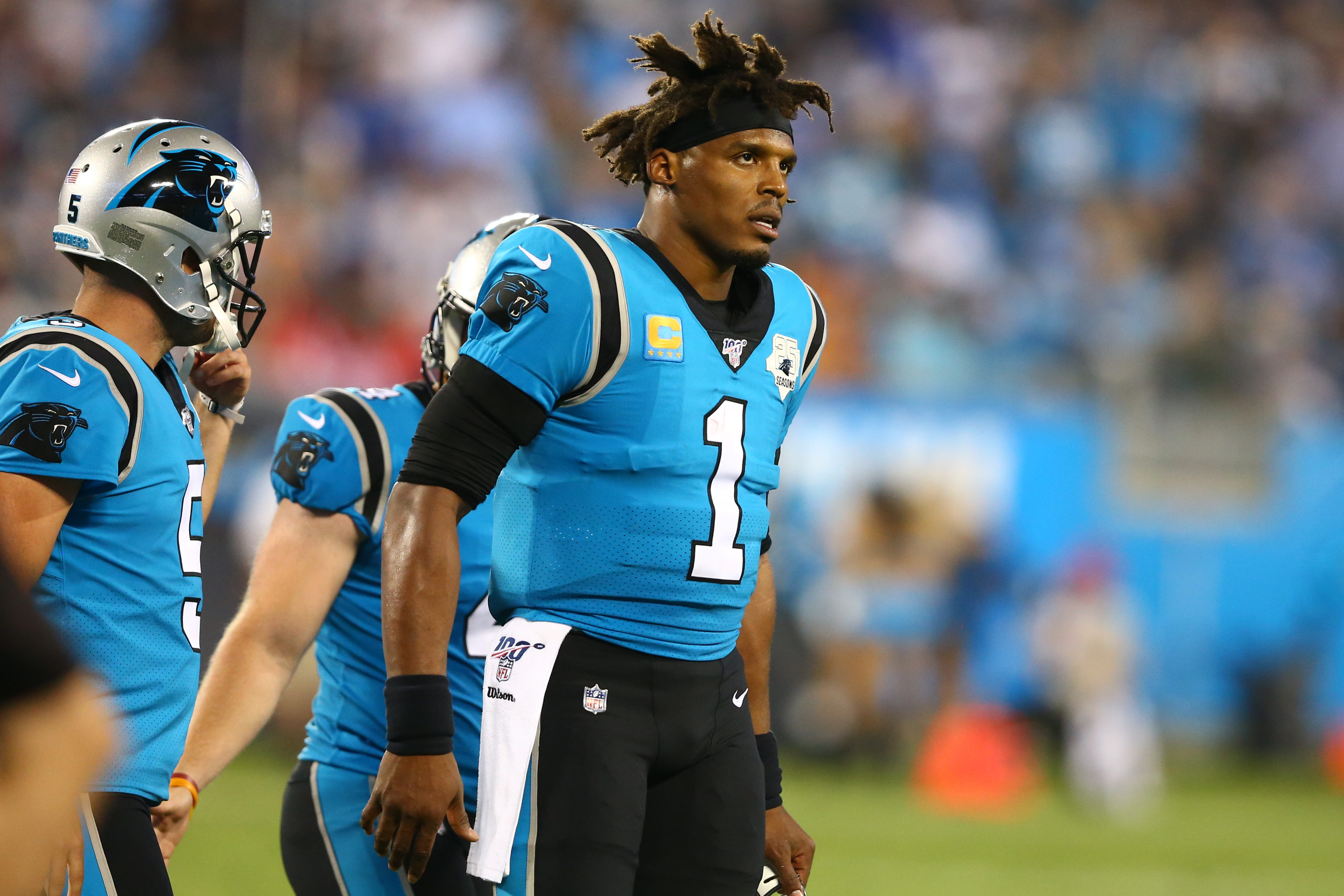 Former MVP Cam Newton remains unsigned, and one of the NFL’s former players believes there’s a quality landing spot for him.

Marcus Spears had a productive career in the NFL, spending nearly the entirety of his career with the Cowboys, up until he finished it with a one-year stint in Baltimore, and now he’s been making his foray into the media world.

He’s been fairly quiet so far, but he delivered a strong take on ESPN’s “Get Up” recently, involving Newton and Baker Mayfield. The Browns selected Mayfield with the No. 1 overall pick in the 2018 draft, but Spears isn’t a believer in him. Instead, he believes the Browns should sign Newton to compete against Mayfield.

“Look, I know we get enamored with the fact that [Newton’s] working out with OBJ, but if you look at it, I’ve been on this train about Baker not being an elite quarterback in this league,” Spears began. “I just didn’t see it. I still don’t know if he can reach that level. I think he can be formidable. I think he can help teams have good seasons, but to think that he’s going to be a guy who’s going to be championship-level, I just don’t see it. And maybe Baker proves me wrong.”

“Cam Newton is still good. Cam Newton missed football because of injury. Cam Newton didn’t miss football because he couldn’t play the quarterback spot anymore. And when you look at all this talent, the pressure that will be off Cam Newton having to run, use his legs and create plays, will be different than any situation he’s ever been in. And he’s had some good teams in Carolina.”

It’s hard to see the Browns putting that level of pressure on Mayfield earlier in his career, and really wouldn’t send the right message in the locker room, possibly resulting in some division among players. That’s a hot take if we’ve ever heard one.