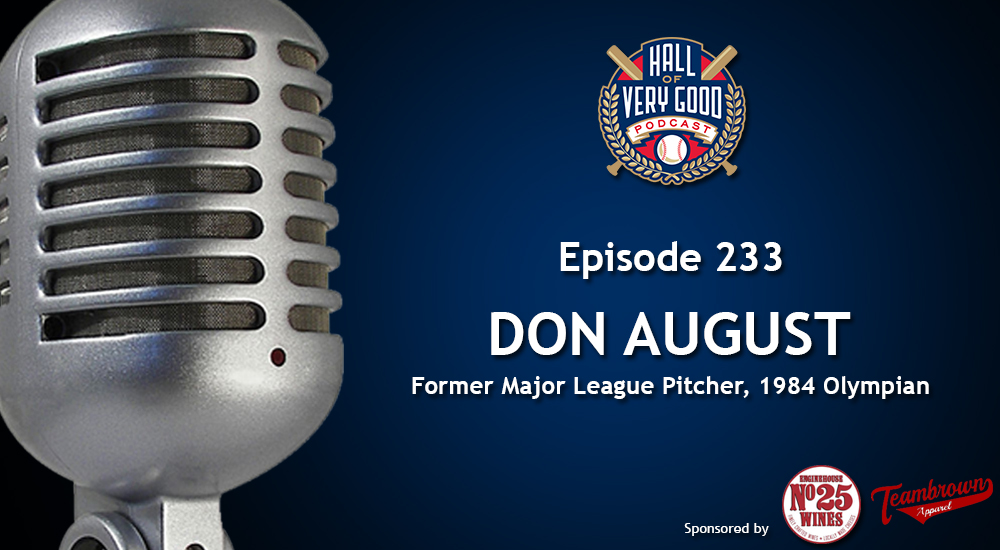 This week, Shawn Anderson and Lou Olsen are joined by Don August.

The Olympic silver medal-winning pitcher (and future author?) talks to the boys about being part of that fabled team from the 1984 Summer Games, when he knew Mark McGwire was for real, owning “The Bash Brothers”, playing alongside a number of Hall of Fame-caliber players in Milwaukee, making history against the Toronto Blue Jays and, yeah, that time he encountered a lion outside a ballpark in Mexico.