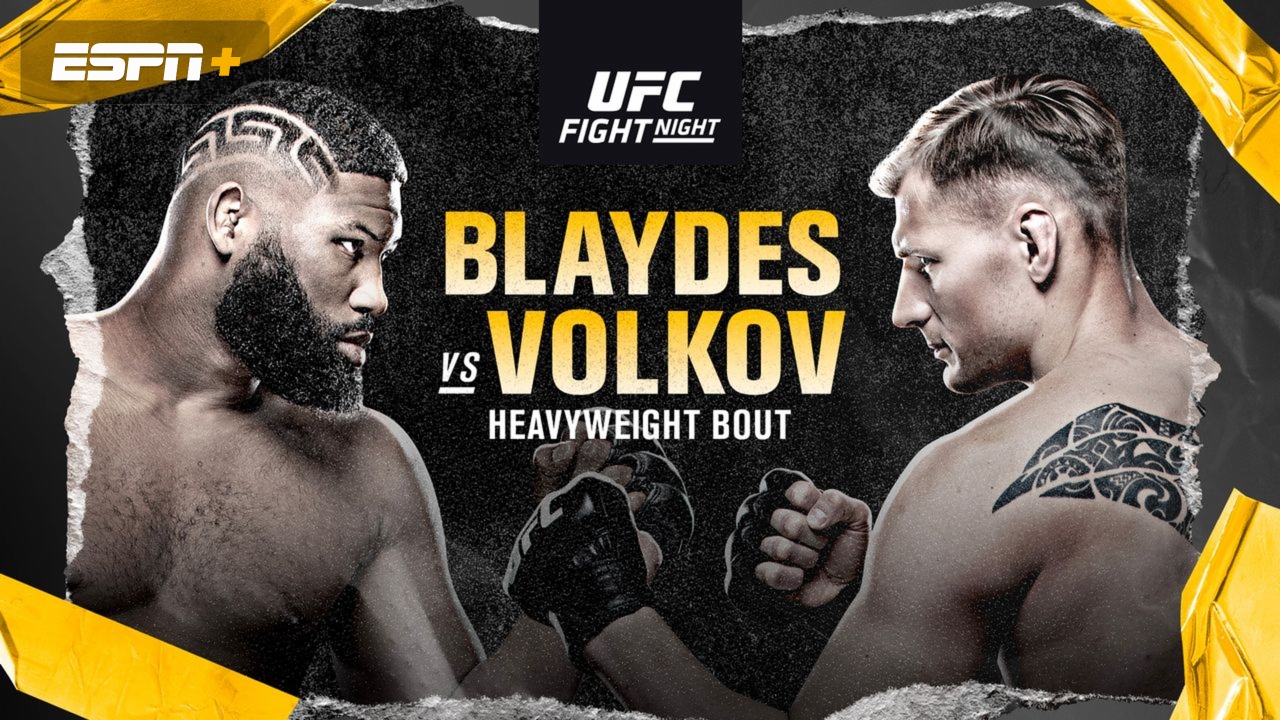 Luke Irwin: Blaydes, at time of writing, is coming in at an enormous -380 favorite, which is pretty damned high for an opponent like Volkov, who is accomplished, experienced, and has a range that can frustrate many heavyweights. I wagered on Volkov in my betting column because he’s worth the risk at a +290 underdog, but do I think he’ll win this fight? No, I don’t. Blaydes only has one-inch of a shorter reach than Volkov and is only three inches shorter, so Alex won’t tower over him like he does most other heavyweights. Volkov can be put out and it just so happens Blaydes is quite adept at that, especiallyif he’s able to floor him with that first punch. Once you’re on the ground with Blaydes, it’s deuces. Blaydes via R3 TKO.

Luke: I really like Emmett’s game lately. Burgos is more well-rounded, but Emmett’s striking game is flying on all cylinders lately. Featherweight is an absolute shark tank, and it’s moving up on lightweight’s stranglehold as the toughest division in MMA. Emmett via R2 TKO.

Luke: Here are Pennington’s losses in the UFC: Jessica Andrade, Holly Holm, Amanda Nunes, and Germaine de Randamie. All world champions, and only got finished by Nunes. She’s a high-level gatekeeper and won’t be losing fights to the likes of Reneau, coming off of a back-to-back losses. Pennington via UD.

Luke: Good, at this point in his career, is a pure striker, especially punches. Muhammad hasn’t been starched much in his career, but hasn’t faced a lot of heavy punches in his UFC career. The one time he did face a dynamic striker in Vicente Luque? KO’ed. Good isn’t as electric as Luque, but I still think he can get in close enough to land one or two to put Belal down. Good via R2 KO.

Luke: God love Jim Miller, and I’ll be rooting for him with all my heart, but good lord has he logged some serious miles inside the cage. Never say never, but these days, if he’s paired with a fighter that can apply pressure and not fight on his heels, he just doesn’t have the horses anymore. Roberts via R1 Submission.