The Alternate Universe: Phillies at Mets 6-20-20 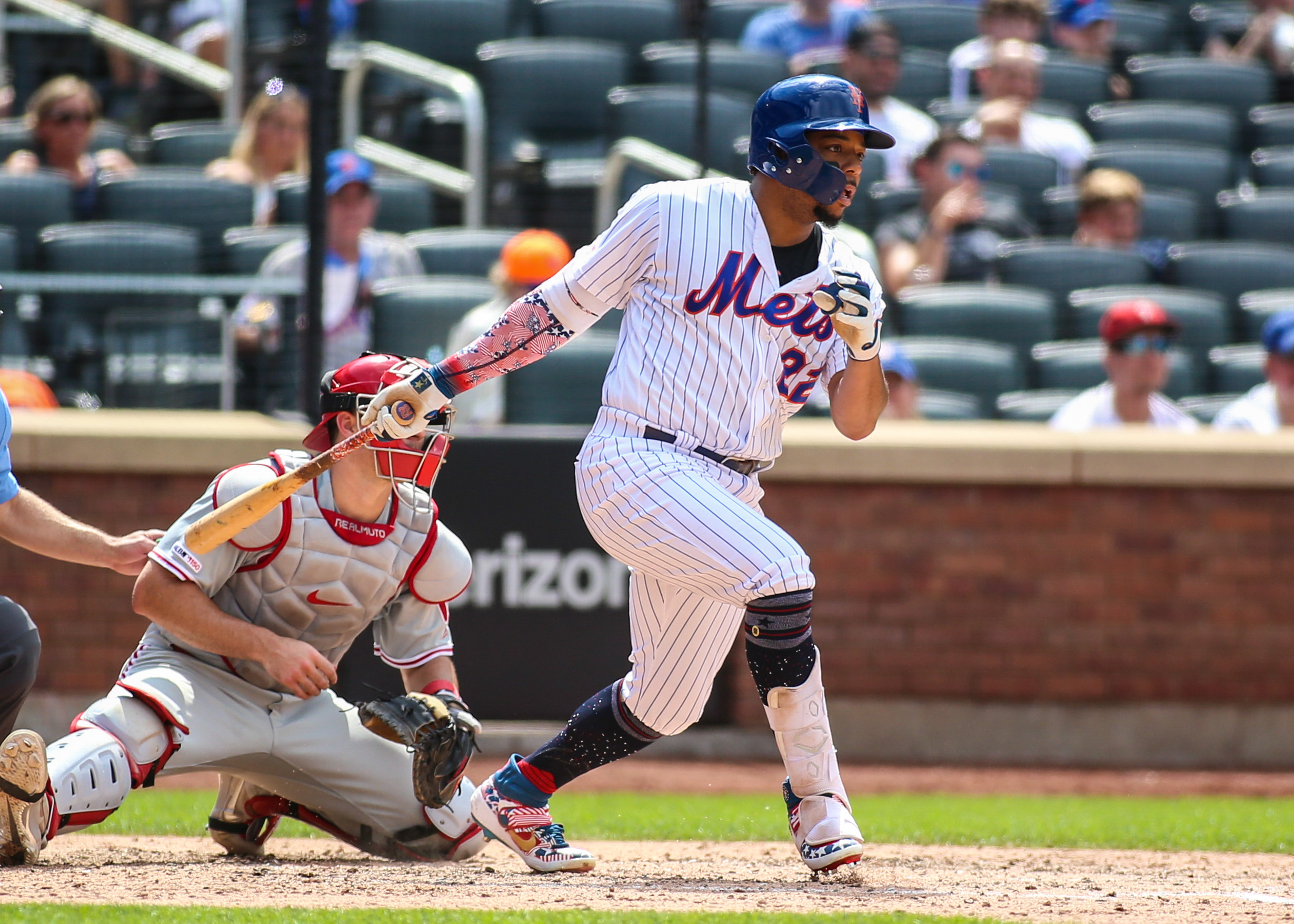 The Alternate Universe: Phillies at Mets 6-20-20

Zack Wheeler’s first start back at Citi Field in a Phillies uniform was solid. His second start back? Different story.

Wheeler was tagged for four in the first, culminated by a two run double by Dom Smith, who reunited with his old number 22 after Rick Porcello tossed it in favor of 21 to try to change his mojo. We’l find out how Porcello’s mojo will go, but Dom sure got a couple of notches back with his 22 reunion. (I thought I heard Nick Anderson say “2 isn’t 22” at McFadden’s last night after Smith struck out to end the game.)

As for Wheeler, he gave up a two run HR to Amed Rosario in the fifth to make the score 6-0, and there were faint chants of “Wheeeeeee-leeeeeeer” from the crowd. It was weird because these kinds of chants are reserved for Bryce Harper at inopportune times. Wheeler didn’t say anything derogatory in the weeks leading up to this game, and he was once one of ours. And … it’s a Saturday game. That’s not usually that type of crowd. So if the path of the Met fan is the still waters of a lake, somebody threw a rock in it and now there’s ripples.

Marcus Stroman? Did exactly what he needed to do and shut out the Phillies for six innings. A few walks here and there, but in true Stroman/Houdini fashion, he escaped every jam he got in as he somehow gave up no runs on five hits and four walks. The high end of the bullpen got a rest as with a 6-0 lead, the likes of Chasen Shreve and Walker Lockett got some work in. Shreve gave up a two run single to Harper in the seventh, and Lockett loaded the bases in the 8th with two outs to force Robert Gsellman to come in and strike out Harper to end that inning. He then stayed in for the ninth as Yoenis Cespedes provided a little distance with a pinch hit solo HR to make the score 7-2, and Gsellman got himself a four out save under strange circumstances.