The Alternate Universe: Phillies at Mets 6-21-20 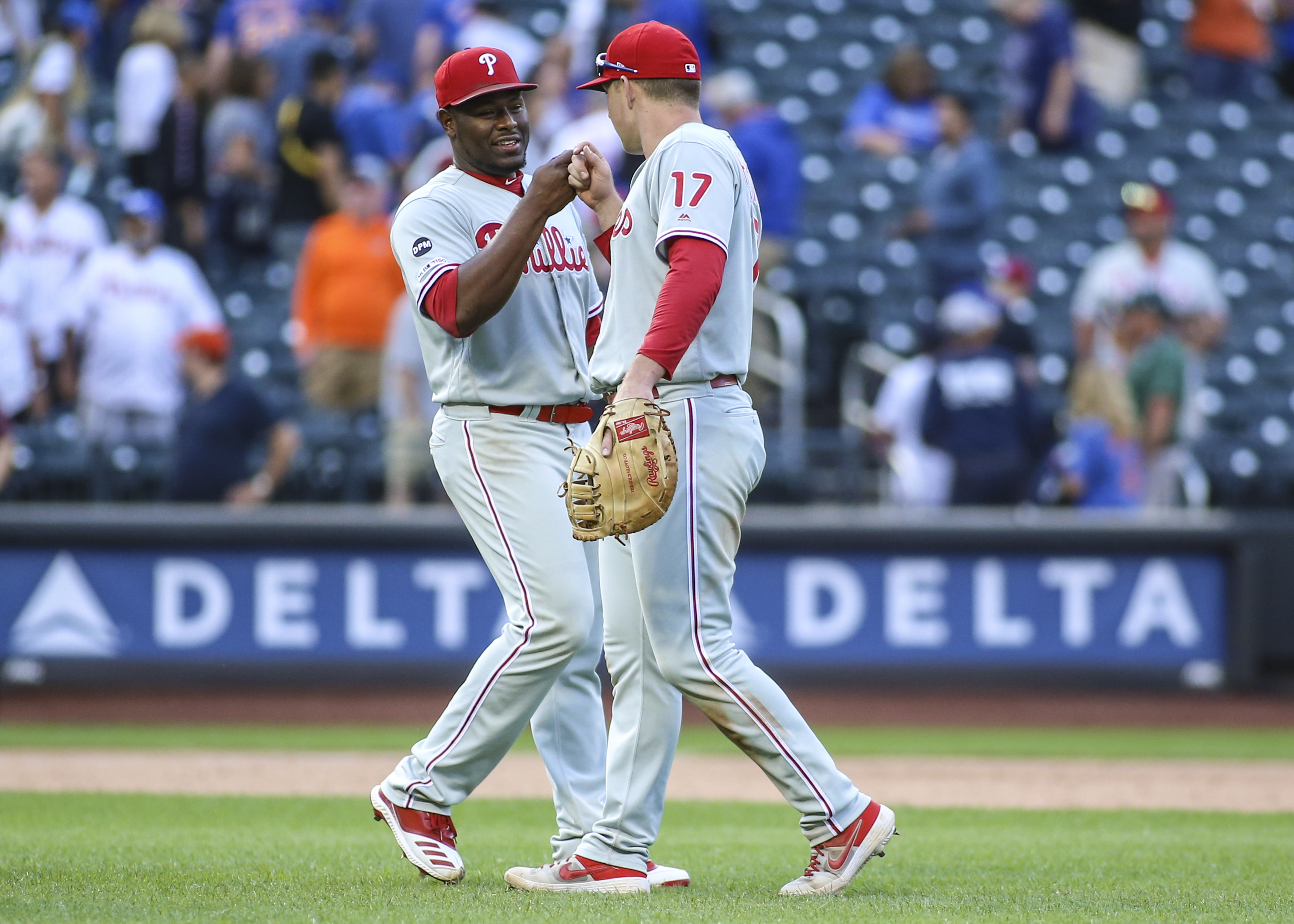 The Alternate Universe: Phillies at Mets 6-21-20

Okay, so Michael Wacha can’t beat the Cubs. We’ve established that. But in the future, it would be nice if he could beat the Phillies.

Wacha wasn’t awful today, and neither was Jake Arrieta. But they weren’t all that great either. So it was up to the bullpens in a 5-5 tie going to the 8th inning. Jeurys Familia walked Bryce Harper and then gave up a double to Rhys Hoskins to give Philly the lead, but a bases loaded walk to Pete Alonso in the bottom of the 8th tied the game. But J.D. Davis’ bullet to center field was right at Scott Kingery who battled the sun, but somehow caught the knuckling liner to save the Phils’ bacon, and ensured that the life of the leprechaun they stepped on wasn’t in vain.

Edwin Diaz blew by the Phillies in the 9th and 10th. Seranthony Dominguez did the same. Dellin Betances gave up a single in the 11th but got the double play he needed. Blake Parker loaded the bases in the bottom half of the 11th but Ranger Suarez came in to strike out Yoenis Cespedes (finally, a manager who understands that Cespedes is better against righties than lefties), and then strike out Brandon Nimmo to end that threat.

Brad Brach came in for the 12th and set the Phillies down 1-2-3, while the Phillies brought in Vince Velasquez to hold the fort until the Phillies got a run, so it was imperative that the Mets ended it against him. It’s what made it all the more frustrating when the Mets loaded the bases again in the 12th and Velasquez struck out Amed Rosario to end the threat.

Brach came back for the 13th and struck out pinch hitter Josh Harrison. But then he walked Andrew McCutchen and gave up an infield single to JT Realmuto, so Luis Rojas rolled the dice and brought in Chasen Shreve knowing that unless there was a triple play, he was going to have to face Hoskins. You realistically hoped for a double play so that you could walk Hoskins. Anything else and you knew you were in trouble. Shreve did his job and got the double play ball, 4-6-3. Except the 3 was was borderline safe/out, and Adrian Johnson called Harper safe. Replay showed that he might have been a couple of millimetres the other way, but also showed that it was “too close to call”, so Chelsea put the dagger in us and the call remained the same.

So with runners on first and third, Rojas chose to play conventional and pitch to Hoskins. The first two pitches were unintentional/intentional, and on the 1-0 pitch, Joe Girardi … for some reason … had Harper steal second. Okay, you want to make life easy for us, fine by us. Rojas put up the four fingers and now the Mets had the matchup they wanted: Chasen Shreve against Didi Gregorius.

Except that Shreve’s splits actually favor lefties slightly, and whenever three of the primary figures of a baseball game are former Yankees, I get screwed. It’s the Rule of Damus. Gregorius slammed a double to the left center gap off Shreve, Girardi clapped, and I threw a stuffed horse across the room. Three runners came home, Hector Neris blew threw the Mets in the 13th, and they fell to 41-36 for the season.

The flight to San Francisco is going to be as quiet as a mouse pissing on cotton.