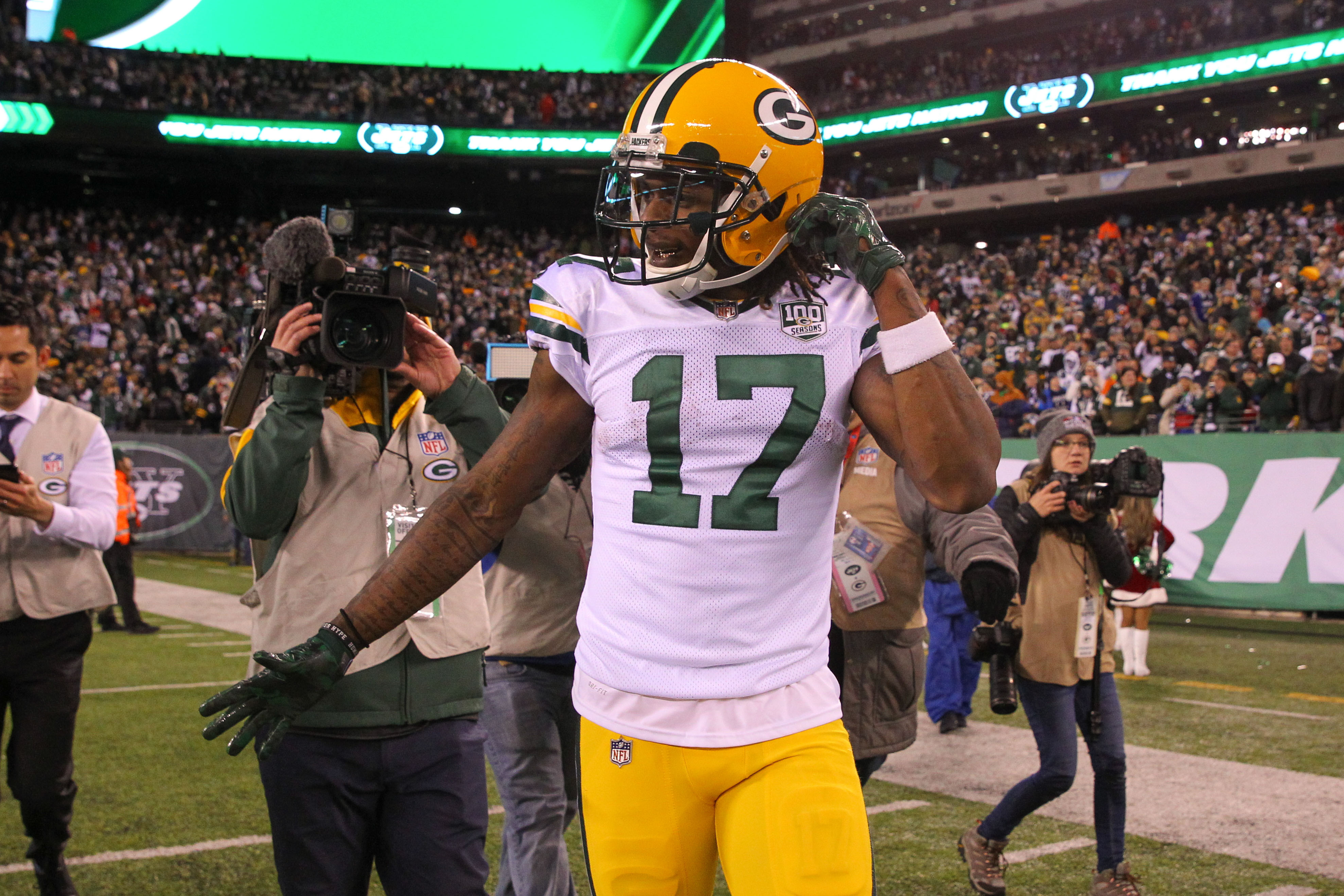 Davante Adams is the Packers unquestioned number one receiver entering 2020 and he’s among the league’s elite players at his position.

Last year, Adams led the Packers in receptions for the third straight season and gained 997 yards despite missing four full games with a turf toe injury suffered against the Eagles in Week 4. At 27, he’s in the prime of his career and gunning for his fourth Pro Bowl appearance.

Here is a look at the best games of Adams’ NFL career so far. These are the games he had the biggest impact in, played his best and produced the biggest numbers.

Adams set a career-high with 180 receiving yards in this game despite leaving early with a turf toe injury in the fourth quarter. The Packers drove down the field with a chance to tie this game in the closing seconds and might have won it if Adams hadn’t been hurt.

Adams made 10 catches in this game including a 58-yard reception from Aaron Rodgers in the first quarter that set up an early touchdown run by Aaron Jones that gave the Packers a 7-0 lead. He also had a 40-yard catch in the second quarter that set up a Mason Crosby field goal.

The Eagles secondary couldn’t contain Adams throughout this game. He had a real chance at going over 200 yards for the game had he been able to finish the contest as the Packers were throwing the football late while attempting to tie the score.

Adams was Rodgers’ key target whenever Green Bay took to the air in this 23-10 victory over the Vikings that clinched the NFC North title for the Packers on Monday Night Football. He caught 13 passes for 116 yards with a long reception of just 18 yards.

Adams was remarkably consistent in this game, grabbing short passes and turning them into key gains. Six of his catches resulted in Packers first downs. Adams did a great job of running with the football after making a reception, picking up 66 yards after the catch.

Regardless of who they tried to cover Adams with on this day, the Vikings couldn’t slow him down.

The Packers beat the Eagles 27-13 in Philadelphia and Adams caught two first-half touchdown passes to help make it possible.

In the third quarter, Adams burned Philadelphia’s Leodis McKelvin deep down the right side for a 50-yard gain that set up a field goal by Crosby.

Adams was a key contributor to the Packers comeback 33-30 win over the 49ers on Monday Night Football. His first touchdown came late in the first quarter and gave Green Bay an early 17-7 lead when he caught a nine-yard pass from Rodgers that put the Pack ahead by two scores.

His second touchdown came just after the two minute warning. The 16-yard catch tied the game at 30-30 and set the stage for the Packers winning drive which culminated on Crosby’s game-winning field goal on the game’s final play.

The 49ers knew that Adams was Rodgers’ top target, but they couldn’t slow him down when it mattered most. The result was a dramatic, comeback win for the Packers.

Adams caught two second half scoring tosses from Rodgers to help the Packers to a 26-10 win over the Bears at Lambeau Field.

The first scoring play came midway through the third quarter from five yards out and gave the Packers a 13-10 lead. Then, early in the fourth quarter, Adams caught a four-yard touchdown toss that increased the Green Bay advantage to 20-10.

Adams was remarkably consistent in this game. His long catch was just 24 yards, but his 13 catches came on 16 targets.

The Packers threw 56 passes in this game and Adams led the team in targets, catches, yard and scores. The Bears couldn’t slow him down when it counted and the result was a big division win for the Pack.

The Packers win over the Seahawks this past January was Adams’ best postseason performance so far. Adams scored twice, first on a 20-yard play that opened the scoring in the first quarter and later on a 40-yard pass from Rodgers midway through the third quarter that answered a Seattle score and gave the Packers a 28-10 advantage in a game they held on to win 28-23.

All eight of Adams’ catches resulted in a Green Bay first down. His size and physicality presented a constant challenge for the Seahawks as Adams gained 63 yards after the catch in this game. He also drew some key penalties against the Seattle secondary that resulted in additional first downs for the Packers.

Adams made a clutch catch late in the game to help the Packers keep the ball and help preserve the win. Green Bay was facing a 3rd and 8 on their own 22 with 2:19 left while Seattle still had two timeouts. Adams went deep down the right side for a 32-yard catch that gave the Packers a new set of downs and forced Seattle to start using their remaining timeouts on defense.

The Packers held on to win and advanced to the NFC Championship Game.