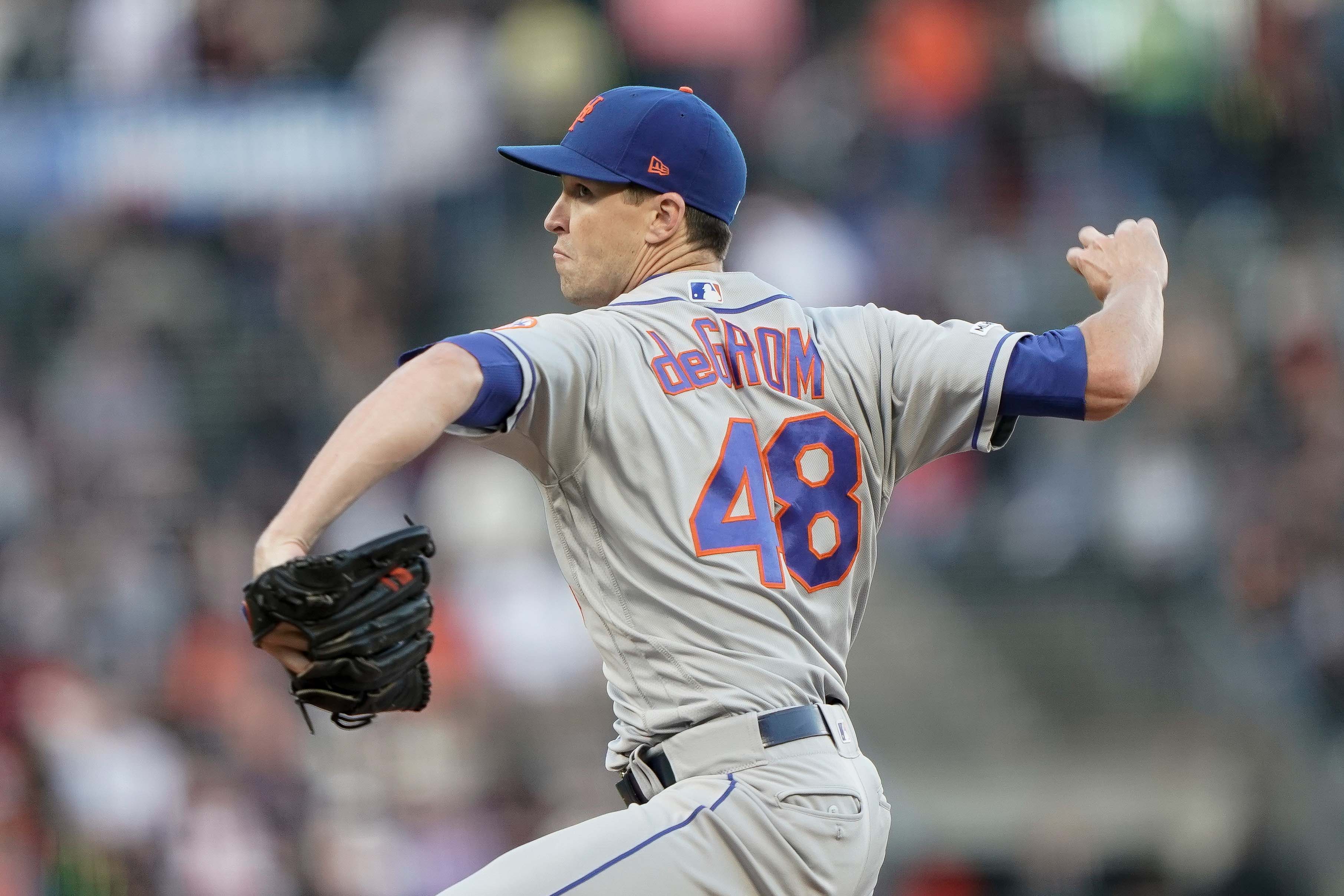 Turns out that this is a good time to be on the west coast.

With the ownership situation seemingly coming to a head with multiple people interested in prying the Mets out of the cold dead hands of the stewardship of the Wilpons, the Mets can slip by unnoticed in San Francisco, playing a team that they should thump. Thanks to Jacob deGrom on the mound, the Mets performed a thumping.

With Alex Rodriguez battling with Josh Harris and David Blitzer for control of the team after Sergey Brin dropped out while the Wilpons still have daggers for Steve Cohen on one coast, deGrom was taking care of business on the other coast, going seven innings while only giving up an RBI single to Mike Yastrzemski in the third and a sac fly to Donovan Solano in the 6th. The Mets, meanwhile, got to Drew Smyly early as Michael Conforto put one in the cove in the first with a two run homer, Jeff McNeil cleared the bases in the third with an RBI double to left center, and … get this … Wilson Ramos hit one so hard to the right field gap in the fifth inning that he drove in a run with a stand-up triple. (I mean yeah, Billy Hamilton had to have the ball go off his glove when he dove for it and have it ricochet towards the right field line. And sure, he tripped at least once running after the ball. But Wilson Ramos hit a triple and you’ll never see it again, so bask in its glory.

Even deGrom got into the act with a wall scraper to right to lead off the sixth, and it was good enough for a 7-2 victory heading into the matinee tomorrow. It’s up to Marcus Stroman to put the hammer down and beat this beatable team 3-of-4.