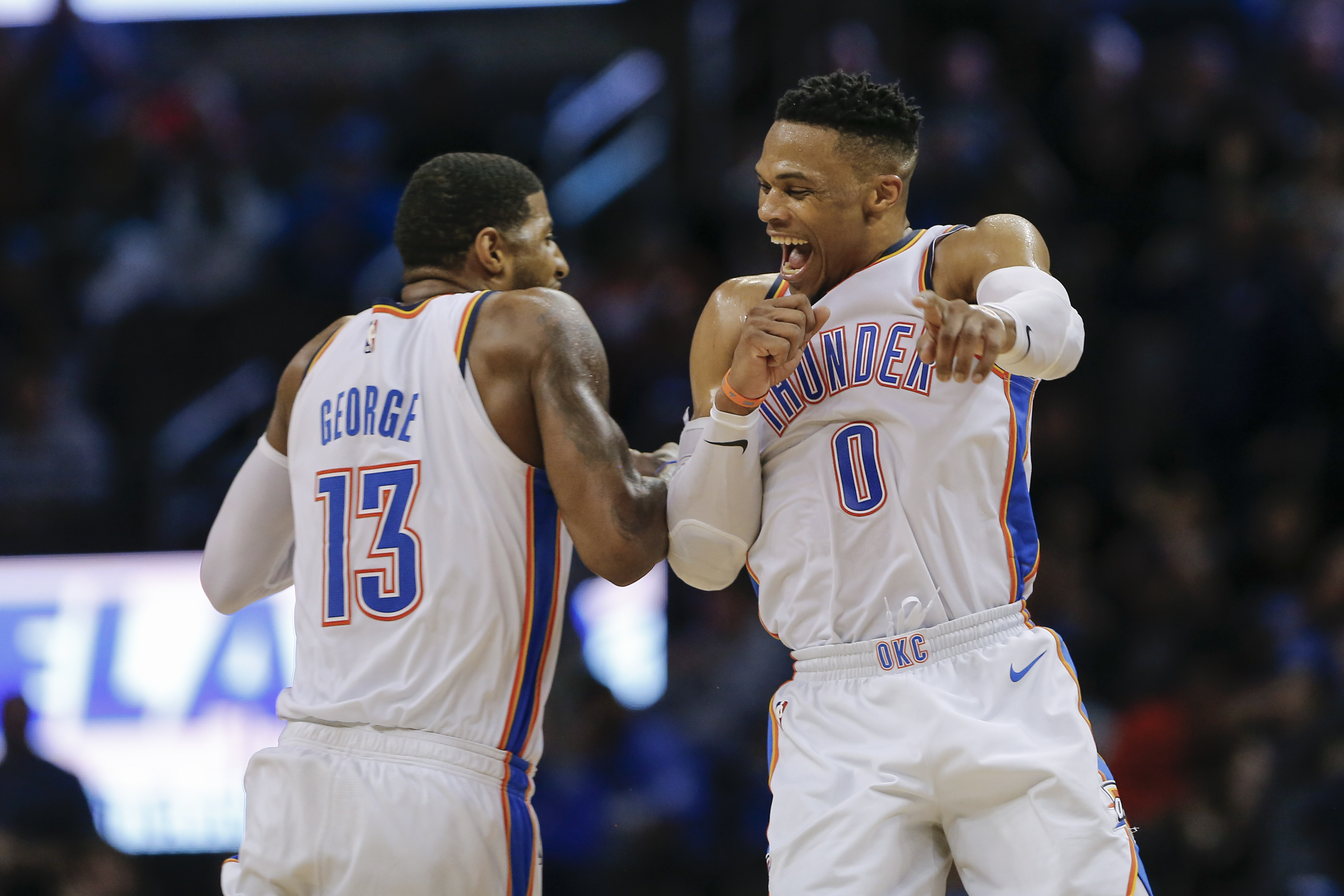 Paul George requested a trade out of Oklahoma City after just two seasons, causing many to wonder what his relationship with Russell Westbrook really was like.

Westbrook isn’t the easiest guy to get along with, and his strong, opinionated personality can rub some guys the wrong way. Furthermore, he’s a ball-dominant player, and the Thunder were essentially his team, as, up until he was moved last offseason, he had been the longest-standing player on its roster, having been drafted by the team with the fourth overall pick of the 2008 draft.

But it wasn’t his relationship with Westbrook that prompted George to want out of OKC, instead, it was just his desire to win a title, which he revealed on Kevin Hart’s “Cold as Balls” show.

“I was only [in Oklahoma City for] two years, George said. But you know, during those two years, I loved Russ as a brother. I have so much love for Russ. I mean, I was the first phone call after I had word of what was going on and the possibility of leaving, and I had that call with him. You know, he supported me 100 percent. We talked it out. and we made the moves necessary to go elsewhere.”

It’s great to see the two are still bros, despite both of them wanting out of OKC (and getting their wish).