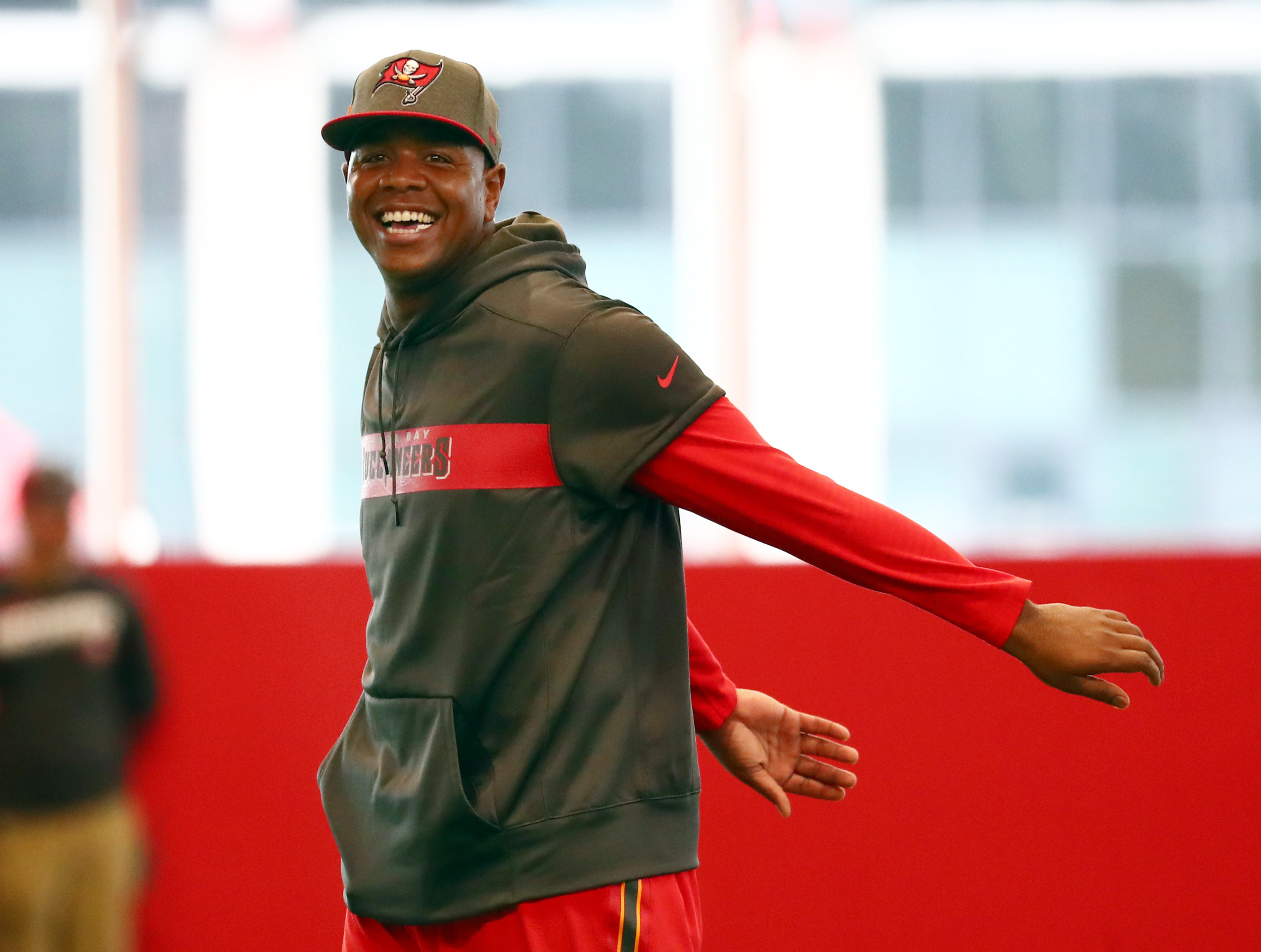 The Tampa Bay Buccaneers signed a quarterback who has won more championship rings than any other signal-caller in NFL history, and there are a lot of questions about how the team’s offense will adapt to the soon-to-be-43-year-old’s skill set.

Brady will need to be protected, first and foremost. as the Patriots did a great job of that under former offensive line guru Dante Scarnecchia. The Bucs, to their credit, do field one of the top eight offensive lines in the NFL, and the unit really excelled in pass protection. And Brady figures to be a lot better than Jameis Winston in getting the ball out of his hands quickly, hitting receivers on option routes quickly, for yards after the catch.

But the Bucs have run a vertical passing offense over the past few seasons, which head coach Bruce Arians is known for. That’s why some questioned how the team will adjust its scheme to cater to Brady.

Apparently, second-year offensive coordinator Byron Leftwich and Arians already have a good idea of how the offense will look, which he told Jenna Laine of ESPN.com.

“My philosophy — and which I believe (Bruce Arians’s) philosophy is also — is that every quarterback I’ve ever been around has a role in the offense. I don’t just call plays; I don’t just come up with plays – I come with plays always with the quarterback in mind,” Leftwich said. “So there’ll be some things that’s different here and there; obviously we want to know everything that Tom knows. Any time you’ve got a guy like this leading your team at the quarterback position, you want to know and put him in the best position possible all the time.”

Leftwich isn’t wrong, as Brady has won six championship rings during the course of his 20-year NFL career. And the Bucs offensive coordinator knows him well, having played against Brady on the field in the past, before eventually retiring in 2012.