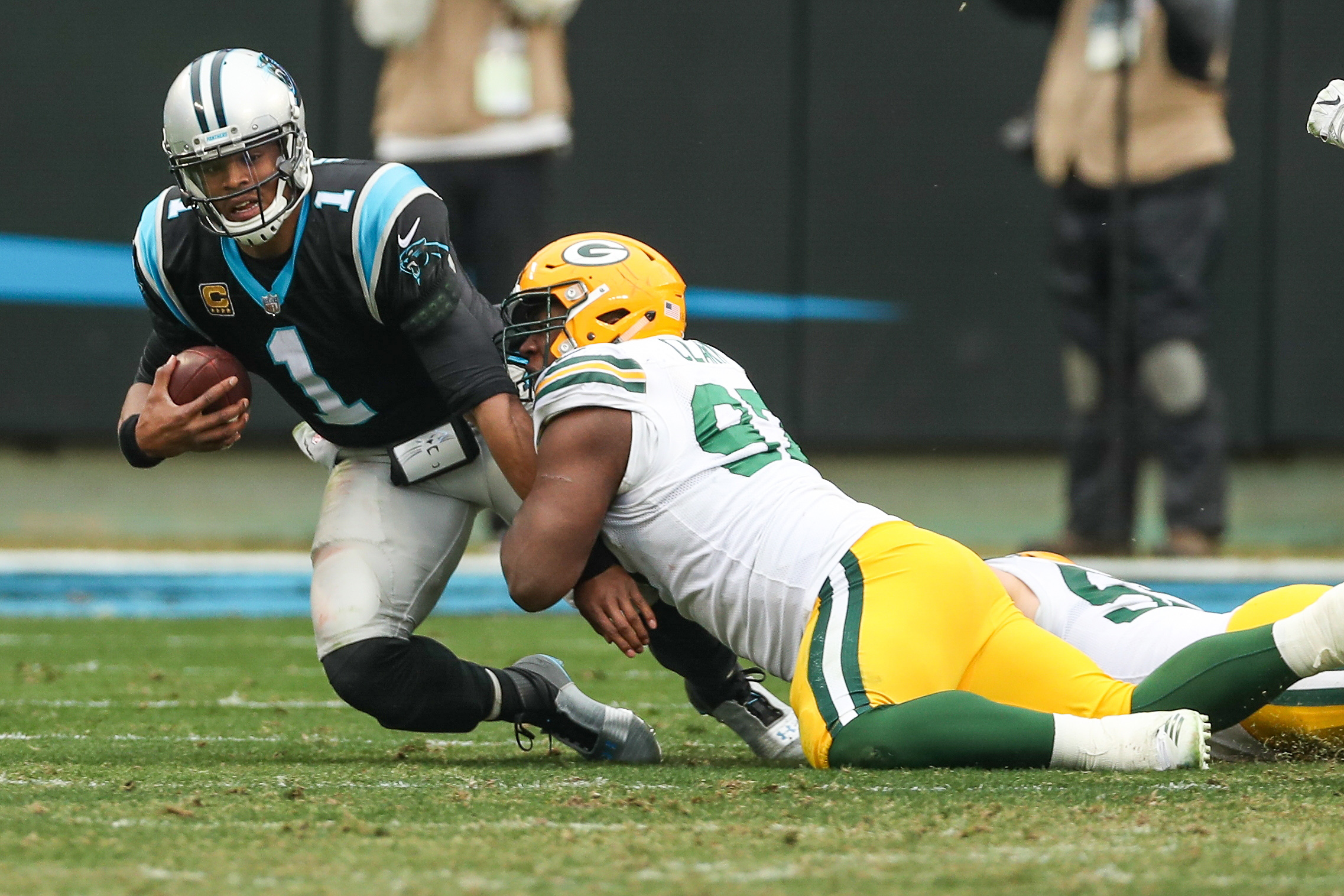 The Packers signed defensive end Sean Jones as a free agent prior to the 1994 season. Jones was added to play opposite Reggie White and gave the Packers a strong pass rush on both sides of their defensive line.

In his first season in Green Bay, Jones had 10.5 sacks, forced two fumbles and recovered three more for the Packers. Jones was remarkably consistent, registering at least a half a sack in 10 of the Packers 16 games including a two sack performance against the Vikings in Minnesota.

Jones added four sacks in eight playoff games with the Pack including two in Green Bay’s 37-20 victory over the Falcons in the 1995 Wild Card round.

In 1996, Jones was a starter on the Packers Super Bowl winning team that led the league in defense. His last NFL game was Super Bowl XXXI which gave Jones his first Super Bowl championship and gave the Packers their first title in 29 years.

The Packers had two outstanding pass rushing defensive ends when Jones was a part of the Green Bay defense. He helped them reach the playoffs three times, the NFC Championship Game twice and to win one Super Bowl. His experience and leadership also helped the team significantly during his tenure with the club. 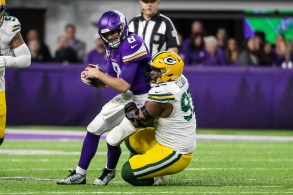 Former UCLA star Kenny Clark is the Packers best defensive lineman right now and possesses the rare combination of speed, bulk and quickness that makes him one of the best interior defensive linemen in the game today.

The Packers selected Clark in the first round of the 2016 NFL Draft. He became a full-time starter in his second season and has remained a cornerstone of the Green Bay defense ever since.

He picked up his first career sack in 2017 when he tackled Tampa Bay’s Jameis Winston behind the line of scrimmage at Lambeau Field. He finished the game with 1.5 sacks and recorded 4.5 for the season with all of them coming in the month of December.

In 2019, he was selected to his first Pro Bowl after recording six sacks, nine tackles for loss and a career-high 62 tackles. He also added a sack in the Packers playoff win over the Seahawks at Lambeau Field last year.

Clark is entering his contract year in 2020 and re-signing him is high on GM Brian Gutekunst’s priority list. Without Clark, the defensive line play would tail off dramatically.

Other prominent Packers to wear 97 include linebacker Tim Harris (1986-90) who provided the Pack with a dangerous pass rush in the late 80s including a career-high 19.5 sacks in Green Bay’s 10-6 season in 1989.

The Packers chose former Gardner-Webb star Gabe Wilkins in the fourth round of the 1994 NFL Draft. Wilkins was a versatile lineman who could contribute at either tackle or end.

He started eight games in 1995 but was only a full-time starter for the Packers during the 1997 season when the Packers went to their second consecutive Super Bowl.

Wilkins’ most memorable play as a Packers came in Green Bay’s 21-16 win over the Buccaneers at Lambeau Field in Week 6. Wilkins intercepted Tampa Bay’s Trent Dilfer and rambled 77 yards for a touchdown.

Wilkins played in two Super Bowls for the Packers and started in Super Bowl XXXII however, he left that game early in the contest because of a knee injury. The Packers struggled to stop the run in his absence.

In 1998, Wilkins signed with the 49ers as a free agent. He played two seasons with San Francisco before injuries forced him to retire.

Wilkins finished his four seasons in Green Bay with 12.5 sacks in 60 games.

Other prominent Packers to wear 98 include defensive linemen Esera Tuaolo (1991-92) who also sang the national anthem for the Packers and run stuffing defensive lineman Letroy Guion (2014-16).

John Dorsey joined the Packers in 1984, Forrest Gregg’s first season as Packers coach. The Pack selected him in the fourth round of the draft that year out of Connecticut.

Dorsey wasn’t the fastest player on the field, but he had good size for an inside linebacker and he loved to hit. He immediately became one of the Packers best players on special teams. Dorsey set a Packers franchise record with 35 special teams tackles in his rookie season.

Dorsey started nine games for the Pack in 1986 and recovered two fumbles, matching his career high. He started an additional six games in 1988 when injuries hit the Green Bay linebacking corps.

Dorsey was injured in pre-game warmups before the 1989 season opener and was forced to retire as a player. He played five seasons with the Packers and was credited with 130 total tackles, mostly as a special teams standout.

After his retirement, Dorsey worked for the Packers as a college scout and was eventually promoted to Director of College Scouting. He later held front office positions with the Seahawks, Chiefs and Browns and had a second stint with the Packers as well. He served as general manager of both the Chiefs (2013-16) and Browns (2017-19). Cleveland let him go after the 2019 season.

Other prominent Packers to wear 99 include former Wisconsin star Don Davey (1991-94) who was a steady defensive lineman for the Packers in the early 90s.