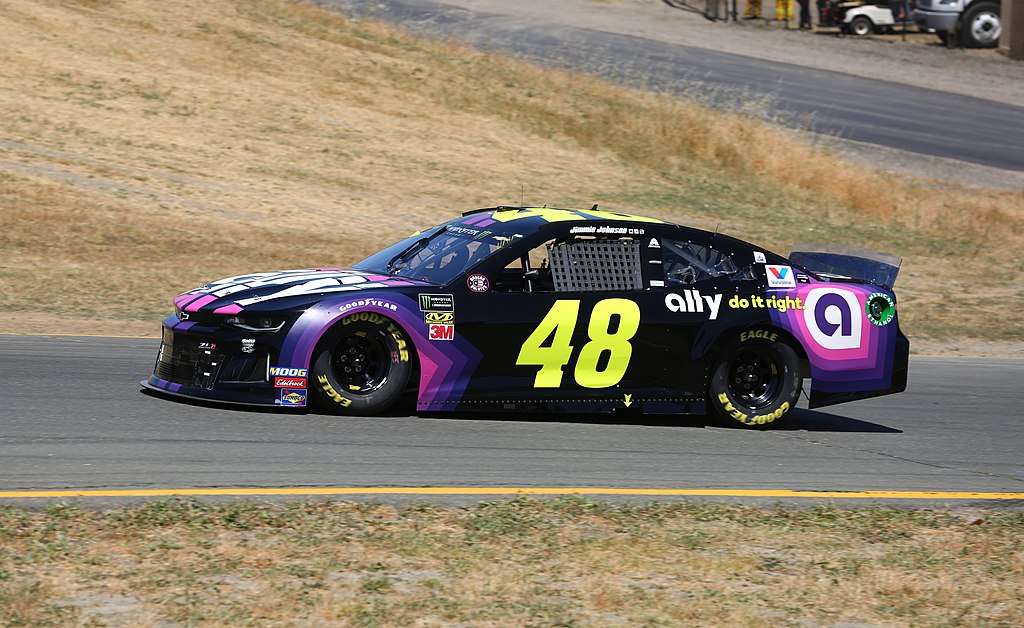 One of the most recognizable names in NASCAR has coronavirus. Jimmie Johnson of El Cajon, CA was diagnosed with the dangerous disease on Friday according to Jill Martin and Leah Asmelash of CNN.

Due to the positive test, Johnson will have his 663 consecutive NASCAR race streak snapped today when he does not enter the car for Hendrick Motorsports at the Brickyard 400 in Indianapolis. Johnson will be replaced by Justin Allgaier of Spaulding, IL.

Johnson becomes the first NASCAR driver to test positive. Auto racing has been fortunate not to be impacted by coronavirus to date, unlike the National Basketball Association, National Football League, Major League Baseball, professional golf, and professional tennis.

In 2020 Johnson is currently 12th in the NASCAR Drivers’ Championship standings with  390 points. His best finish was a third-place result at the Food City presents the Supermarket Heroes 500 in Bristol, TN on May 31.

This was expected to be a significant time in Johnson’s auto racing career. This past week he expressed his interest in participating in IndyCar in the future. It is not known if Johnson will try IndyCar and NASCAR during the same calendar year, but Johnson does have a goal of competing in the Indianapolis 500, and other races on the IndyCar series.

Prior to the coronavirus positive test, Johnson was scheduled to test an IndyCar with Chip Ganassi Racing at the Indianapolis Motor Speedway. This is a significant weekend in North American auto racing as NASCAR and IndyCar were both having races in Indianapolis. On Saturday, Scott Dixon of Auckland, New Zealand won his second IndyCar race this season at the 2020 Global Medical Response IndyCar Grand Prix.

On Sunday, Formula One returned to action. The winner of the Austrian Grand Prix was Valtteri Bottas of Nastola, Finland.