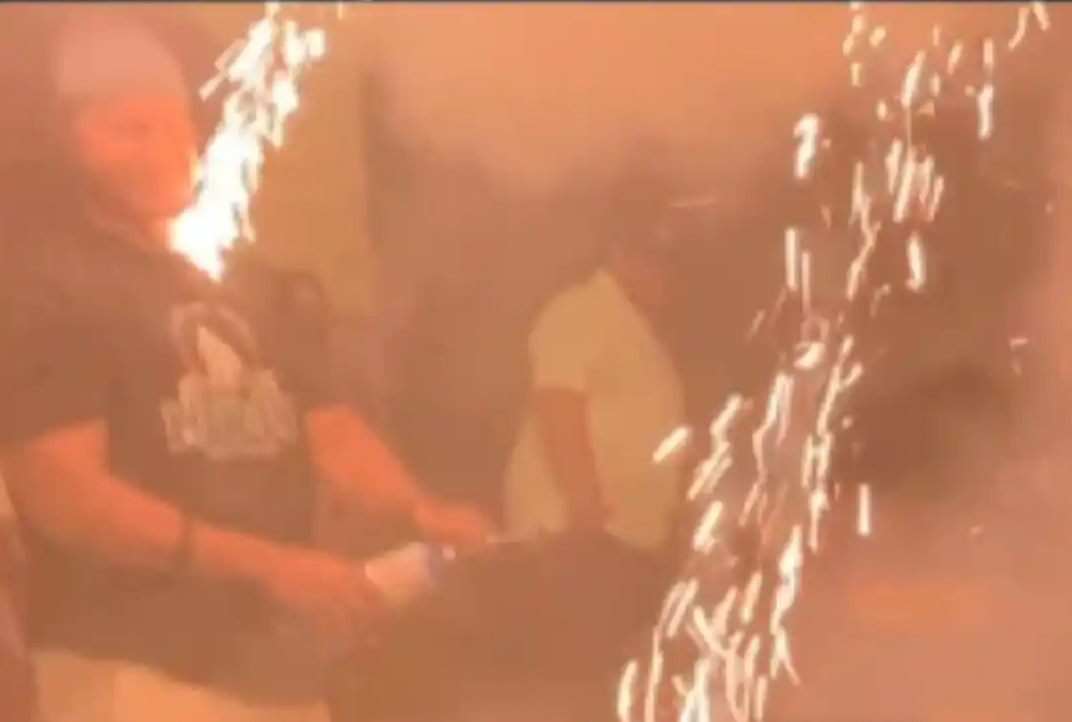 Everyone remembers when Jason Pierre-Paul nearly destroyed his NFL career while setting off fireworks in a Fourth of July incident gone wrong, and one particular Lions linebacker nearly found himself in a similar situation.

Lions linebacker Jahlani Tavai was in the Fourth of July spirit this weekend, and, like JPP he wanted to get in on the pyrotechnics action. It’s a bit surprising for NFL players to do so, though, given how much they have to lose, and what they saw JPP go through, with a piece of his hand being blown off.

And yet, Tavai chose to set off a number of fireworks anyway. as he took to Instagram to post some shots of him shooting off what appeared to be either rockets or mortars.

He looked to be enjoying the action, up until when of the fireworks shot upwards and hit him in the face.

Tavai tried to play it cool and laughed it off, but that could’ve been a catastrophe for him and his football career. He’s lucky it wasn’t.